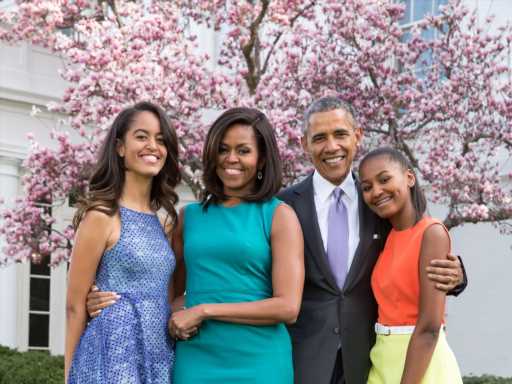 I’ve always considered “politician offspring love interest” to be egregiously underrated as a film trope. (See: Essential classics à la My Date with the President’s Daughter, First Daughter, and more.) But where are the 2021 politician child love stories?! Former president Barack Obama’s daughters Malia and Sasha Obama have long attracted our attention growing up as teens in the White House with the potential to live out an epic love story like this all on their own — but the latest revelations about their time dating with the President as their dad reminds me that what’s funny in film might actually kind of suck in real life. 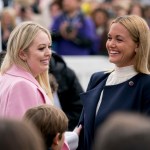 In all my enthusiasm for this genre of cinema, I’d foolishly forgotten that actual teens, like Malia and Sasha Obama might feel a little differently about all that comes with dating as a politician’s daughter. To hear former president Obama tell it, the details of dating in the White House may even be the source of some traumatic teenage memories.

“First of all, them as teenagers having Secret Service guys follow them when they were going out on dates, I think probably has shut down their interest in public service,” Obama shared with a laugh on  The Late Late Show with James Corden. ”They still have PTSD from guys talking into their wrist microphones with glasses as they’re trying to go to a music concert.”

Obama then went onto explain that, like any good parent, he just wants to protect them from what can be a cruel professional environment. Ultimately, he’ll support whatever line of work they choose.

“You have to have a certain tolerance for nonsense and silliness and meanness, frankly, to go into public service,” he continued. “As a father, I want to protect my girls from that stuff. I think they are probably going to find other ways to serve rather than run for office themselves, but you never know. If they decided to do it, obviously I would be extraordinarily proud of them.”

Malia Obama has been public with her boyfriend Rory Farquharson for some years now, though hopefully they got away from her Secret Service beat while at Harvard together. He even stayed with Obama and wife Michelle Obama for a while over quarantine, impressing both parents with just how much food a growing boy can really eat and learning card games with the family at night. Sasha Obama, age 19, has not yet been publicly linked to a romantic partner.

One thing’s for sure: The Obamas raised some incredible daughters, awkward teenage dates and all.