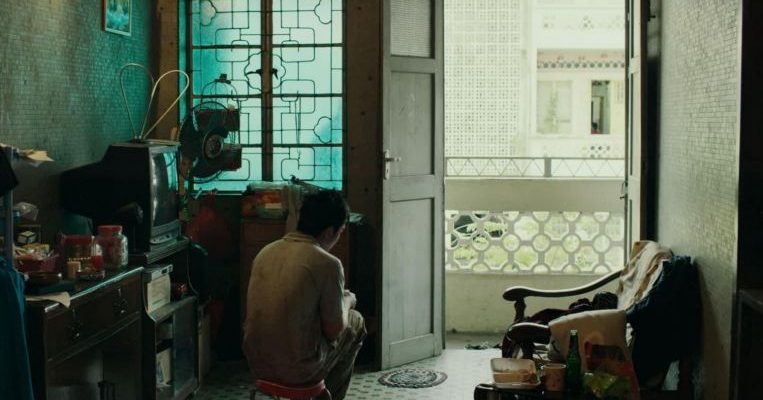 When film-maker Quek Shio Chuan was looking for actors to play the lead roles in his semi-autobiographical Guang, he did it differently.

Instead of picking home-grown brand names or choosing good-looking actors from Hong Kong, China or Taiwan, he bucked the industry trend by picking two relative unknowns from the local theatre and television scene.

Kyo Chen, 30, and Ernest Chong, 35, were selected because they were the best, says Quek.

The director and the two actors, all Malaysians, spoke to The Straits Times last week during a press tour in Singapore.

Quek, who makes his feature debut with Guang, agrees that it would have been financially safer to pick an attractive star to play either Wen Guang, the man with autism, or Didi, his younger brother, a sibling who resents how his dreams have been put on hold so he can parent his older brother.

“This film was always going to be a financial risk anyway, so I felt I might as stay true to the spirit of the film,” says Quek, 33, of his casting choices.

Chen was a natural for the role of Wen Guang as the actor had already played the character in the 2011 award-winning short film of the same name. As Quek himself had played the part of Didi in the short, he needed someone to take over and Chong’s strong audition caught his eye.

“I auditioned five or six actors and found that Ernest could do the role, so I picked him,” says Quek.

He also picked two locals because the film was always going to have a strong local flavour. The locations, such as lower-income homes in the Pudu ward of Kuala Lumpur and other zones, where homeless people congregate for instance, form the tapestry of the story. Characters speak in strongly Malaysian-accented Mandarin, or in Cantonese and Malay.

The screenplay is based on Quek’s own experiences growing up with an older brother who is autistic.

“He is on the high-functioning end of the spectrum,” says Quek, meaning that over time, his brother, now 35, picked up social skills to complement his natural gifts such as for mathematics and also perfect pitch.

Queks says his brother can not only identify any note by ear, but he can also tell if it is slightly sharp or flat.

In the film, Wen Guang is obsessed with finding objects that can play pure tones, an urge that gets him into terrible scrapes.

In real life, Quek’s brother is now an assistant professor of mathematics at a Malaysian university. But growing up with him had its trials.

“What you see in the film are things that actually happened – him running away from home, which happened many times, and climbing into and riding trucks and buses without telling anyone,” says Quek.

Chen found that playing Wen Guang involved few words but plenty of action, such as dishwashing, digging through rubbish tips and in one scene, sleeping rough on the streets. Shooting that scene is a lot easier than it looks, he recalls.

“It was pleasant to be sleeping under the bridge, laying on a piece of cardboard. It is in the open and nice and cool – better than an air-conditioned room.”

For Chong, drawing on the character of the caregiver is not too far removed from reality. Some years ago, his older sister was involved in an accident that caused brain trauma.

He saw her personality change, from someone who was even-tempered to a woman prone to mood swings.

“I had to get to know her all over again,” he says.

Guang is now showing in cinemas.