Throwing his hat in the ring? Maks Chmerkovskiy didn’t hesitate when asked if he would go back to his Dancing With the Stars alma mater. The professional dancer, 41, sat down with Us Weekly while promoting his and brother Val Chmerkovskiy’s new tour: Val & Maks: Stripped Down Tour, and shared why he would “fill any shoes on that show.”

Every ‘Dancing With the Stars’ Pro Through the Years: Where Are They Now?

Maks had been a part of the ABC competition since season 2 and went on to compete in 17 seasons, eventually winning the mirrorball trophy with his season 18 partner, Olympic ice dancer Meryl Davis. 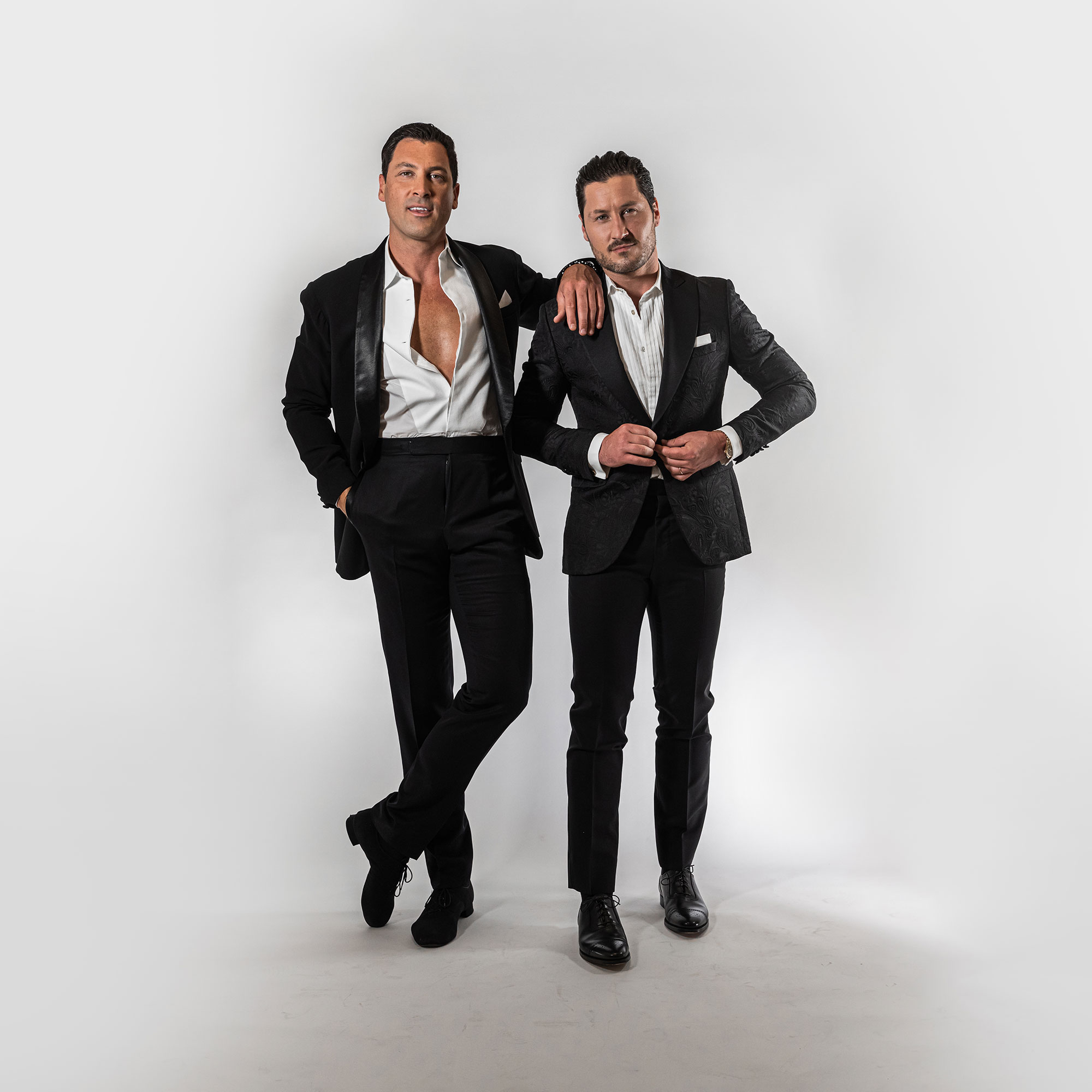 “I’d love to host. I’d fill any shoes on that show. I wish that I would’ve had that understanding when I first got to the show, we had a different process because I honestly had no examples of anything like this in front of me to be like, ‘Oh, that’s what it’s like,’” he explained. “I personally would love an opportunity to step into any shoes on the production side or in front of camera. I don’t really necessarily have the passion of leading someone through this incredibly grueling process of three months of getting to the end. I may not have that, but I do have the passion of contributing to dancing, being on television and sticking around.”

Dancing Their Way to Love! Inside DWTS’ Jenna and Val’s Steamy Romance

Younger bro Val, 35, is content where he is for the moment.

“I like the role that I’m in. I like what I’m doing. I’m about to host 19 cities on a tour on my own terms,” he said. “We have 12-hour days where my whole body’s exhausted. I’m exhausted, and I love every single ache and just every single part of it. That’s when I realized, I truly am in Zen. This is what I meant to do. This is what I love to do.”

The two-time mirrorball winner may not be into hosting, but he’s not hanging up his DWTS shoes anytime soon. 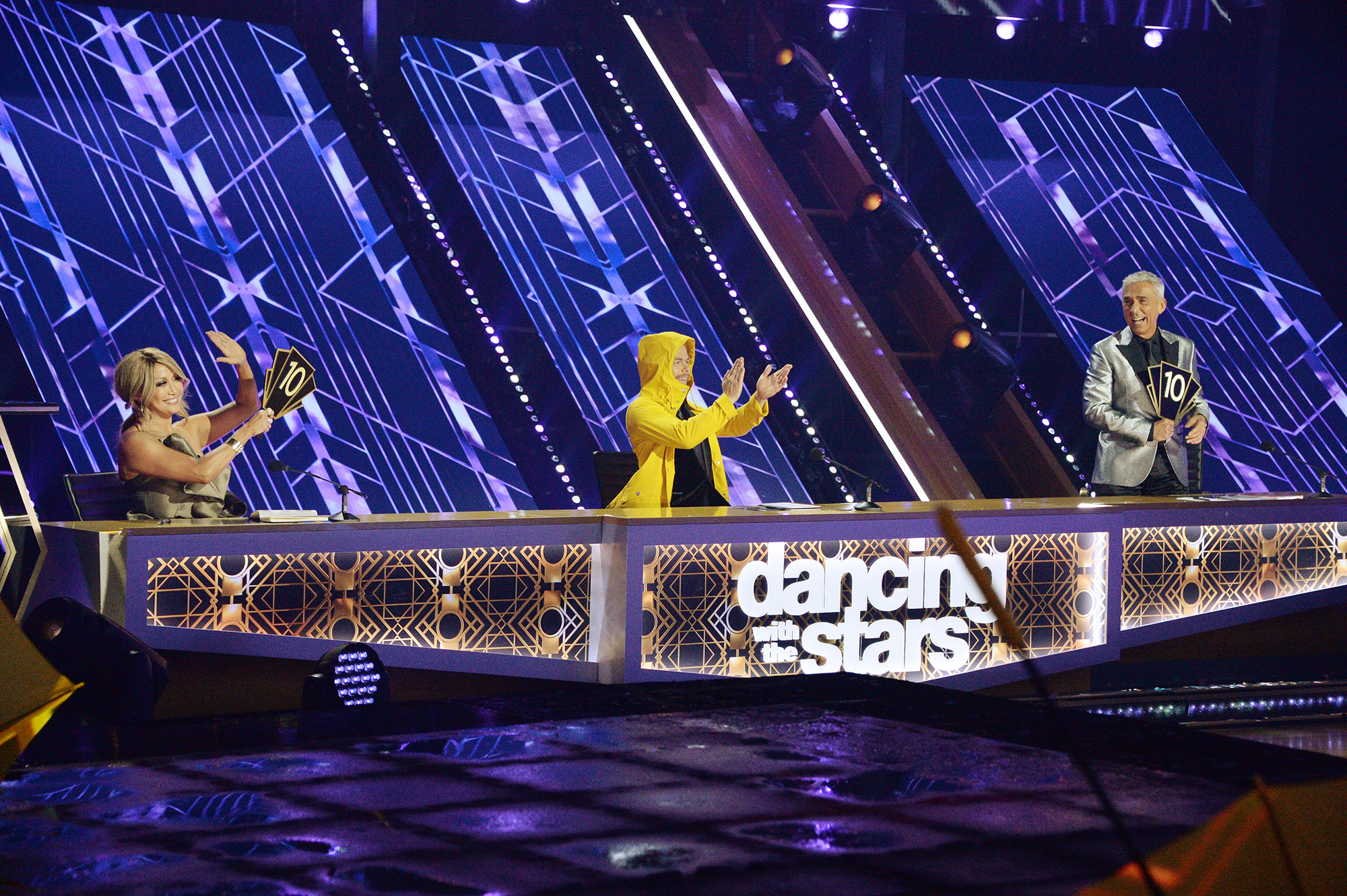 As for whether he would do a good job as host, Val said:  “Would I kill it as a host? Absolutely. Not that I don’t have those ambitions, but I am very much content with continuing to dance and to perform on Dancing With the Stars, continue to teach. I just want a good partner.”

Before catching them on the ABC show again, find the brothers in a city near you on their Val & Maks: Stripped Down Tour, which was conceptualized after the coronavirus pandemic forced them to cancel their Motion Pictures Tour.

“We’re going to tell stories, and we never really held back on how we felt on things, how we felt about life, how we felt about even the political climate in the world,” Val noted. “So, this last year has given us a lot of things to put into the show and, and it’s ending up to be one of the most thoughtful ones that we’ve done so far.”

Dancing With the Stars’ Hottest Hookups

As for whether there will actually be stripping , Maks said: “I can’t wait to take my pants off on stage. Val hates when I say that, but I’m gonna try. I’m gonna go as far as I can.”

Watch the exclusive video above to hear more from the brothers on their future on DWTS. For tickets to Val & Maks: Stripped Down Tour, visit here.