New kid on the block! The Love Island house gets a serious shakeup with the arrival of newcomer Isaiah, who turns the head of more than one woman.

“Islanders, you have company,” Shannon tells her fellow housemates in Us Weekly’s exclusive clip from the upcoming Tuesday, July 13, episode. “Please welcome your newest arrival.”

In the teaser, the women are instantly intrigued when Isaiah enters the villa, cheering and looking at each other as he introduces himself to the group. 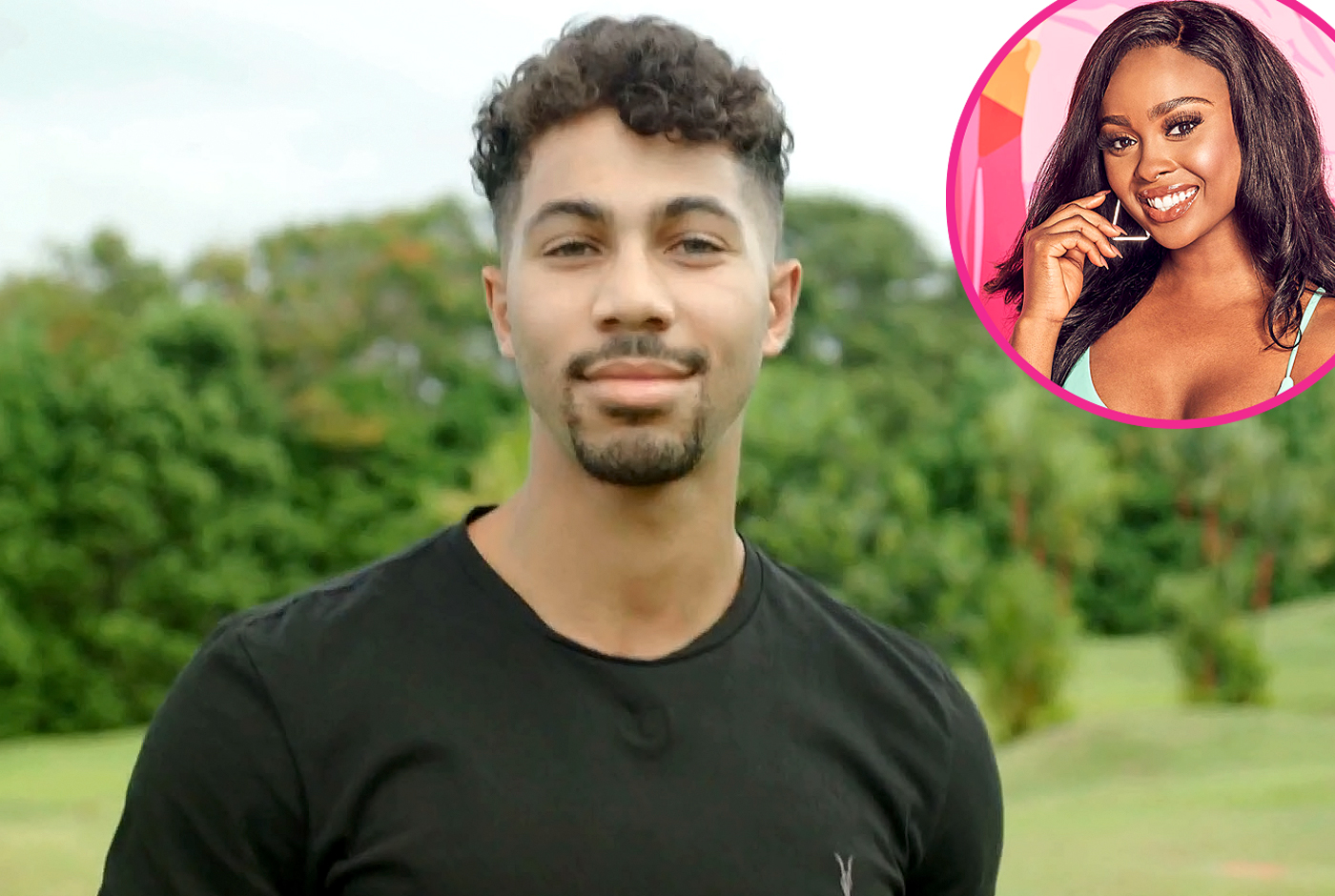 The two then get to know each other a little bit more on one of the outside couches — and the chemistry is hard to miss.

How Much Reality Stars Get Paid for ‘Bachelor,’ ‘The Challenge’ and More

“I can just tell by the way that you speak that you are a man that goes for what you want. Some of these boys. …” Shannon says.

Isaiah replies, “I’m not like every other guy,” to which Shannon adds, “Thank God!”

However, the new Islander isn’t putting all his eggs in one basket. Isaiah also speaks with Aimee and asks her about her situation with Jeremy since they were recently coupled up.

“Out of all the guys, I felt like I vibed with him the most, but then you came and you took my breath away,” Aimee admits to Isaiah while sitting on a swing with him.

The teaser also includes a glimpse of the group’s Kissing Booth challenge, which sparks even more fireworks between Trina and Cinco, leaving Cashay unsure of where she stands in the “throuple.”

“She tried to get a kiss,” Cinco, 25, tells the cameras later in the evening after Trina, 24, pulls him aside and reveals that she is into him.

Crossover Alert! Reality Stars Who Hooked Up With Stars From Other Shows

Cinco, for his part, is conflicted over his feelings for Cashay, 25, and his possible new romance with Trina.

“I think you’re beautiful. I am attracted to you,” Cinco tells Cashay, but she isn’t convinced, later telling her pals in the house that she “doesn’t deserve to be someone’s back and forth.”

Host Arielle Vandenberg previously told Us that fans can expect “hot, sweaty singles ready to mingle” in Hawaii this season, noting the cast and setup is “insane.”

Love Island airs on CBS Tuesdays through Fridays and Sundays at 9 p.m. ET.