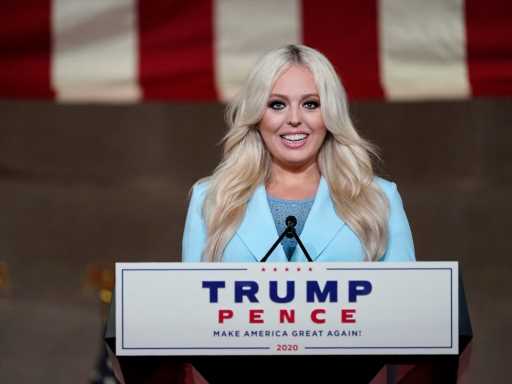 Brace yourself, Florida. After next week’s inauguration, there’s a whole lot of Trump headed down south to set up their new homes, with one Trump family member after another revealing their plans to settle in the southeast state. Donald Trump and Melania have been house-hunting near Mar-A-Lago; Ivanka Trump and Jared Kushner bought a $30 million plot of land on Indian Creek Island; and Donald Trump Jr. and Kimberly Guilfoyle are looking to settle in Jupiter. So, is it any surprise that Tiffany Trump now appears to have been looking into Florida real estate too?

While Ivanka and Jared are settling in a neighborhood known as “Billionaire’s Bunker,” 27-year-old Tiffany reportedly thinks that South Beach will be more her speed. A source tells Page Six that the recent law school graduate is looking for homes with boyfriend Michael Boulos, but is planning to make the purchase on her own.

“Tiffany has been viewing properties in South Beach, with Michael, but she is planning to buy herself,” the source said.

The source clarifies that this move is not professionally motivated, as Tiffany’s not yet sure where her ambitions might lead her.

“She hasn’t decided on her next career move,” said the source. “She truly thought her father would win a second term and she’d continue as part of the First Family. She became more involved with the family and politics during his last campaign.”

While Florida is widely considered to be a more Trump-friendly option than their previous residences in NYC, some residents have already raised concerns about their new neighbors, with one Billionaire’s Bunker-adjacent country club preemptively vetoing admitting Jared and Ivanka. Whether Tiffany finds a warmer welcome remains to be seen.

Before you go, click here to see the biggest and most expensive celebrity homes.