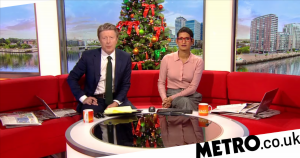 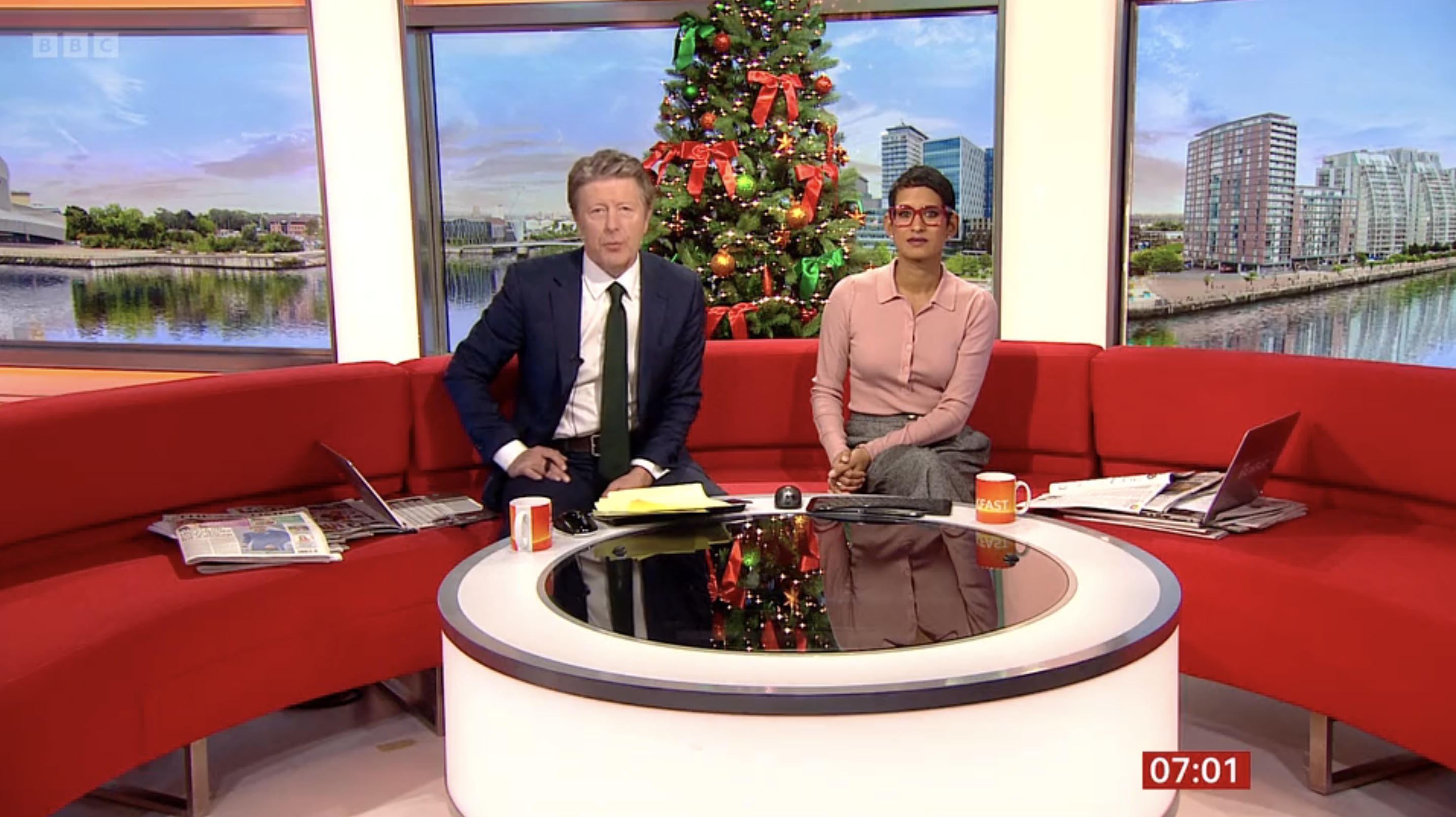 The London Fire Brigade has warned BBC Breakfast presenters about where they place their laptops as seen while live on-air, explaining that their devices can become overheated in certain scenarios.

On today’s programme (Saturday December 10), Charlie Stayt and Naga Munchetty presented alongside one another in the BBC studio.

At various points during the show, laptops could be seen next to each of the co-hosts on the red sofa, placed on top of piles of paper.

In a tweet shared while the programme was still being broadcast, the London Fire Brigade outlined why leaving laptops in this manner can be risky.

‘Not for the first time we’re reminding @BBCBreakfast presenters not to have their laptops on the sofa and even worse on top of paper,’ the fire brigade said.

‘Using them on a fabric surface or paper can result in a lack of airflow & can cause them to overheat.’

‘Electrical items shouldn’t be left unattended on carpets where they can easily overheat and catch fire,’ the fire service said.

BBC Breakfast airs every day from 6am on BBC One and BBC iPlayer.