Very nice! Sacha Baron Cohen received the Comedic Genius Award at the 2021 MTV Movie and TV Awards on Sunday, May 16.

See What the Stars Wore at the MTV Movie & TV Awards

After an introduction speech by Seth Rogen, Baron Cohen, 49, appeared as his character Borat to accept the trophy. He then showed up as Ali G, and the two argued for a bit before the comedian himself came in to shoo his characters offstage.

“Thank you, MTV. To the millions of fans out there who voted for me, I salute you. This is yours,” the actor said. “I’m so honored by it. I’m just a human being creating complex, nuanced characters. Sophisticated tools to expose —”

His character Brüno then made an appearance. After Baron Cohen joked he was “canceling himself” and exited the stage, Brüno accepted the award. A final character, Aladeen a.k.a. “The Dictator,” then appeared before the screen went fuzzy. 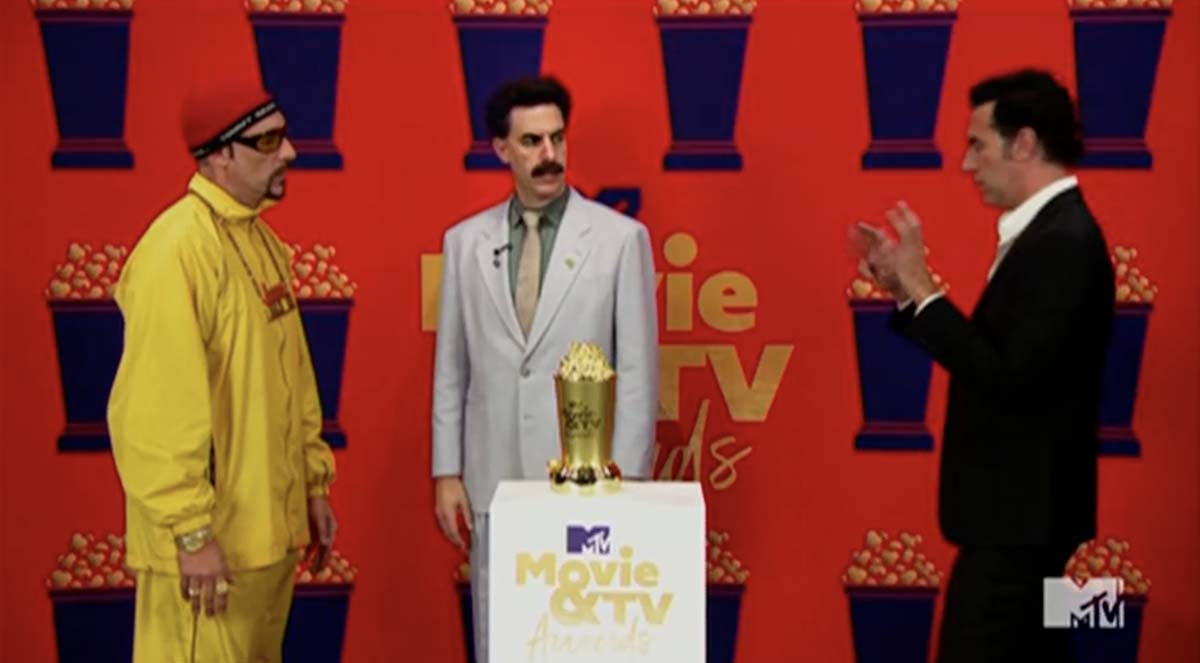 MTV announced earlier this month that the actor would be honored. The Comedic Genius Award is given to “an actor who has made incomparable contributions to the world of comedy, providing a major influence through their work and transforming the genre at large,” according to a press release.

The award hasn’t been offered since 2016 when it was given to Melissa McCarthy. Prior to the 50-year-old Thunder Force actress’s honor, only two other comedians had received the trophy: Kevin Hart in 2015 and Will Ferrell in 2013.

Earlier this year, the Who Is America? alum was nominated for best supporting actor at the Oscars for his work in The Trial of the Chicago 7. He also received a nod for Best Adapted Screenplay for Borat Subsequent Moviefilm.

The comedian first entered the public eye in the late ‘90s when he appeared on TV as his fashion reporter character, Brüno. Soon after, he gained notoriety for Da Ali G Show, which premiered on HBO in 2003. However, Borat was the role that really won people over. 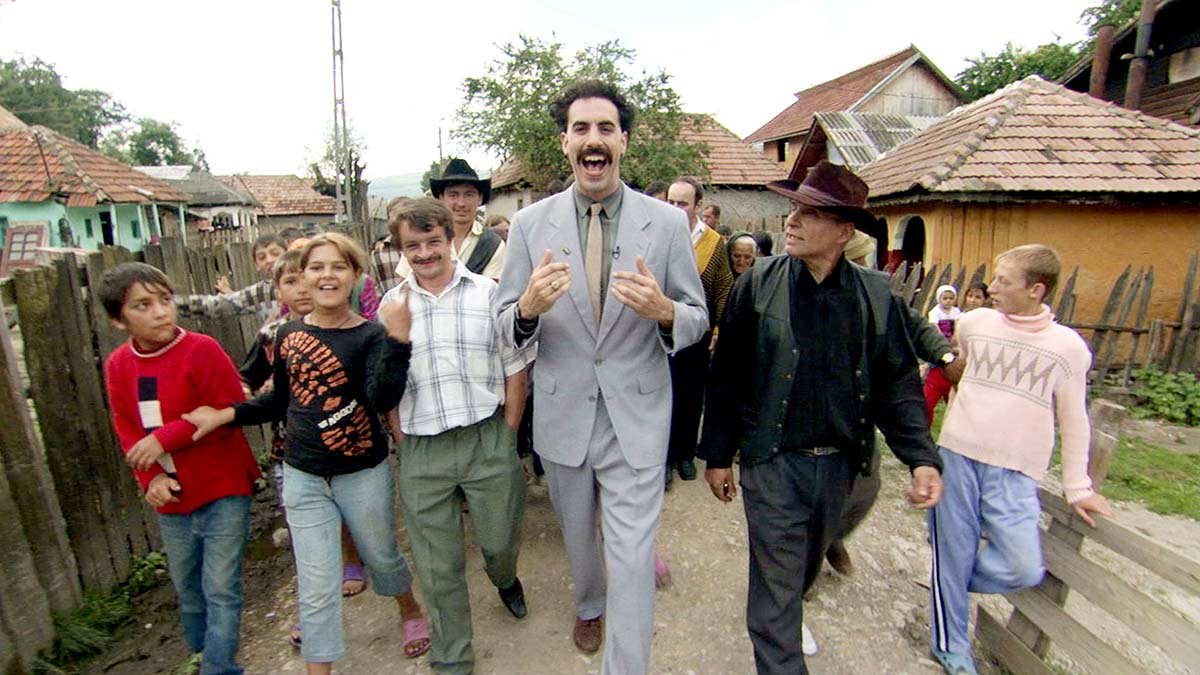 After Borat: Cultural Learnings of America for Make Benefit Glorious Nation of Kazakhstan was released in November 2006, Baron Cohen’s performance earned him a Golden Globe for Best Actor in a Musical or Comedy. Though he “retired” Borat the following year, the character made another appearance in 2020 when a sequel was released.

The actor has been married to Isla Fisher since March 2010. The pair share three children: daughters Olive, 13, and Ella, 10, and son Montgomery, 6.

When it comes to his comedy, Baron Cohen said he chooses not to tell his wife all his plans.

“If there’s anything dangerous that I’m going to do, I just don’t tell her until it’s over,” he told The New York Times in October 2020. “I made a mistake with her. She once came on set just for fun. On set means coming to the minivan, which carried me around when we were shooting Bruno. And there ended up being a police chase. I was in a separate car and the police were trying to find me. She found the whole thing so upsetting, and she never came back on set again.”

Earlier this month, the Confessions of a Shopaholic actress, 45, shared some rare insight into the pair’s family life.

“Motherhood is actually my favorite topic — but I keep it private,” she told Marie Claire Australia. “I think all parents are trying to protect their kids, especially in the social media age. I want our children to have a normal childhood — being able to play outside without pressure or scrutiny.”