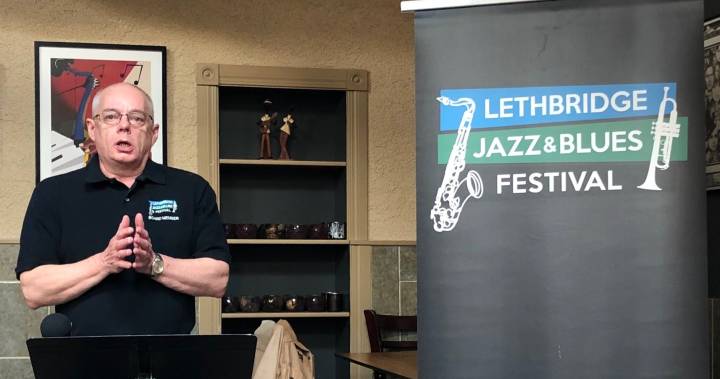 The headlining acts performing in two annual summer music festivals were announced Thursday morning, with a variety of local and international artists set to visit Lethbridge in June and July.

The Lethbridge Jazz and Blues Festival will kick off its ninth year on June 7, with the Young Lions performance on Friday afternoon.

The annual performance is considered a cornerstone of the festival, as it highlights over 200 young, talented musicians from 11 school jazz bands in southern Alberta.

The opening night headlining act is Kaley Kinjo & The Hypocrites; Kinjo – a Calgary musician – and his band will perform at a venue that is new to this year’s festival, the City Hall Foyer. The concert is hosted by Nikka Yuko Japanese Garden and will feature Japanese touches that reflect Kinjo’s roots.

Don Robb, an organizer of the event with the Lethbridge Jazz Society, says the caliber of talent at this year’s festival is higher than ever before.

“Right across the board, we have really, really high-end talent coming. Most of it is new to our festival.”

Other highlights of the June festival will include Grammy Award-winning Canadian musician Larnell Lewis (June 14) and an evening with Canadian band The Shuffle Demons on the final night of the event: Saturday, June 15.

“They’ve been around for a long time,” Robb said. “They are just such a great band, so much energy, so much fun; people will love that one.”

Watch below (May 13, 2015): Liam Nixon sits down with Don Robb, Manager of the Lethbridge Jazz Festival to talk about this year’s event.

About six weeks later, the third-annual Wide Skies Music and Arts Festival will entertain the city.

With five headliners, the two-day event (June 30-31) takes place mid-week, with strictly evening performances. The festival is presented by Geomatic Attic, and while it’s excited about the artists it’s booked, Director Mike Spencer says the annual celebration is about more than just music.

“We really encourage people to view the festival as being a small footprint festival,” Spencer said.

“We work with the environmental group Environment Lethbridge and we also work with Runners Sole, who actually help us with the bike side of things, so they provide us with bike stands and we encourage people to ride their bikes.”

“We know for sure that she will be singing in Spanish, which is something special,” Spencer said. “She’s really a dynamic performer. She’s performed all across Latin America and Spain and in Europe.

“To have somebody come to a small city like Lethbridge is special, because it doesn’t happen very often.”

Information on both festivals can be found on their websites: