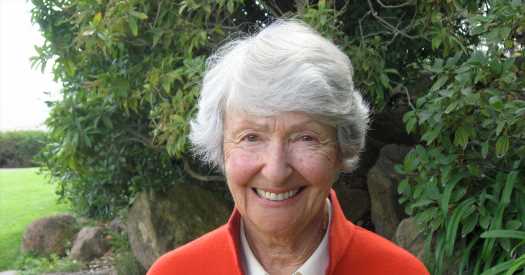 Cornelia Hahn Oberlander is widely regarded as the grande dame of landscape architecture. Now she is the inspiration for a new biennial $100,000 international landscape prize established by the Cultural Landscape Foundation. The prize is named in honor of the 98-year-old Ms. Oberlander.

A longtime collaborator with the Canadian Modernist architect Arthur Erickson, who died in 2009, she is a fitting namesake for a prize in a field that tends to be less publicly celebrated than architecture. Ms. Oberlander’s career — of 70 years and counting — includes Robson Square in downtown Vancouver and an ethnobotanical landscape for the Museum of Anthropology at the University of British Columbia. She was one of the first landscape architects to speak passionately about climate change and was an early adopter of storm-water-management systems and green roofs. “We want to raise the visibility of the invisible — the hand of the landscape architect,” said Charles A. Birnbaum, the foundation’s president and chief executive.

Ms. Oberlander was born in Germany and lives in Vancouver. In an oral history, she defined landscape architecture as “the art and science of the possible.”

She graduated from the Harvard Graduate School of Design in 1947 as part of the school’s second cohort of women. “Cornelia is a beloved figure,” said Kate Orff, who sits on the foundation’s design advisory board and was the first landscape architect to receive a MacArthur Fellowship. “She bridges the tomato patch in the back garden with the shaping of broad public spaces.”

The inaugural prize recipient will be announced in 2021, the centennial of Ms. Oberlander’s birth.