When Derrick Santini took the call to photograph an up-and-coming US artist in 2009, he had never heard of Lady Gaga.

About to release her first single, Just Dance, the singer was authoritative and knew what she wanted from her images, he says, despite being a relative unknown, in her early 20s, at the time.

A few months later, Stefani Germanotta was everywhere, firmly on the path to an international stardom of raw meat dresses, on-stage egg-hatching and, who knows – possible Oscars glory. 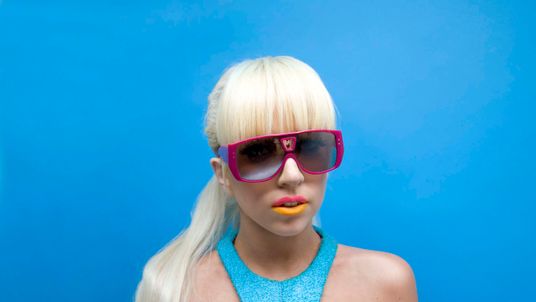 Eyeballing the camera, commanding attention, it is hard to look at the images and see anything other than an extremely confident, self-assured woman staring back.

But since her rise to fame, Lady Gaga has spoken about her struggles with eating disorders and her body image – speaking to Sky News at the A Star Is Born London premiere in September, she told how she had been urged to get a nose job when she first started out in music. 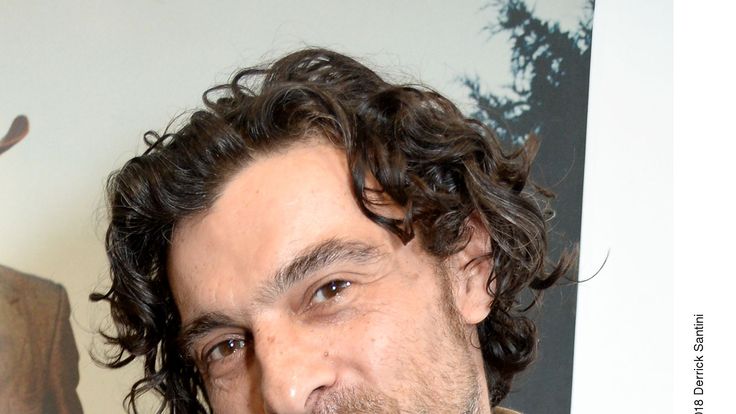 Now, Santini’s previously unseen pictures of the star are being used as part of a new exhibition raising awareness of body dysmorphia.

“These were among the first shots of her; she wasn’t really a name in England then,” says Santini. “I’d not heard of her when the job came up to shoot her but I looked her up. Even from her name, she was quite different. And obviously, she blew up so quickly afterwards. 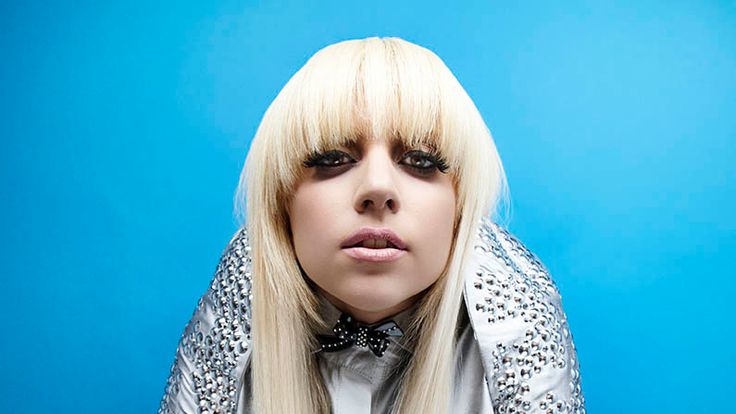 “It was clear on the day that she was ‘on it’. Her image and playing with her personas… she knew exactly what she wanted. She was a real pro; lovely, but quite serious. There was no messing about or idle chit chat.

“The term body dysmorphia wasn’t even really a term back then, I certainly hadn’t heard of it. Later, she was in the vanguard of highlighting it.” 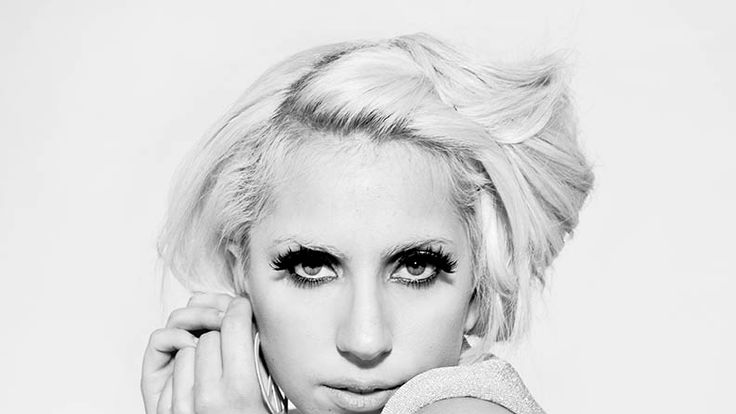 You wouldn’t know it from the pictures, but that’s often the case with celebrities, says Santini, who has photographed everyone from Adele and One Direction to Idris Elba and Judi Dench.

“Everyone’s so conscious now of their image, with Instagram and selfies, that in a way it’s like everyone’s a bit body dysmorphic in the modern world,” he says. “I think everyone’s dealing with it to a degree and judging themselves.

“I think I do find a lot of really interesting celebrities have some sort of self-confidence issue; it is a persona that they put out when they’re on stage or wherever. A lot are quite introverted but the outside persona is extremely confident.” 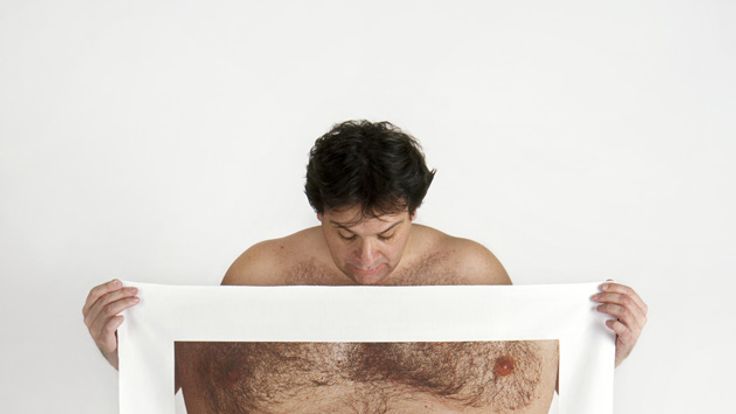 Artwork by 10 artists features in the exhibition, which has been curated by Zebra One Gallery owner Gabrielle Du Plooy, who says she wants to open “important conversations about identity and body dysmorphia”.

They include Leigh de Vries, whose life was dominated by body dysmorphic disorder (BDD) for 25 years.

While she still has the condition, she says it has reduced dramatically in the past few years after she started exploring it through art, creating a prosthetic (pictured below) to physically show how she feels about herself when she looks in the mirror.

“I’ve had BDD my entire life,” she says. “I was born with a lazy eye and kids can be incredibly mean to anyone with a difference. As I got older, the distorted vision I had of myself just increased.

“You have this perception of yourself and it’s like an obsession. You get into this cycle of checking in the mirror multiple times a day and just having this feeling of dread and shame.

“I got to the point where I wasn’t leaving the house. I decided I had to create something in physicality which would help me understand the distorted thoughts I was having. I created this prosthetic and it’s helped me make sense of this version of myself that I saw which was driving me crazy. I needed something drastic to do that.” 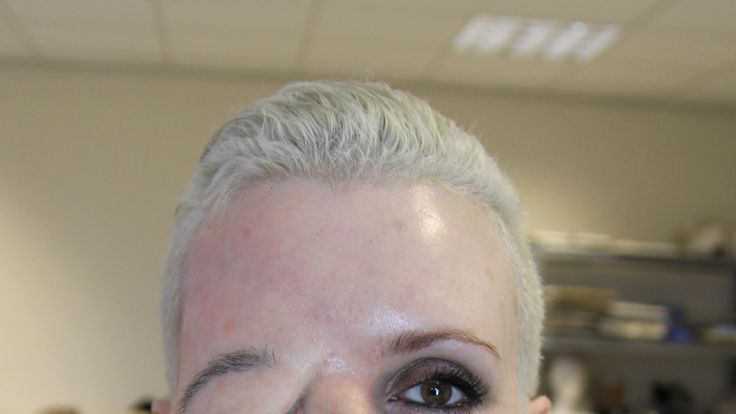 Leigh wore the prosthetic out and says after taking it off, she had “a moment of realising I was actually normal”.

She says that before she created the piece in 2015, her BDD was at a 9/10 level . “Now it’s probably three or four,” she says. “It’s really helped me. It was intended solely for me and not as an art project but other artists suggested I should do it. Now I want to create a form of therapy using what I’ve learned.”

The aim of the Identity exhibition is to investigate how art can have a positive effect on mental health.

Photographers Bruno Metra and Laurence Jeanson – collectively known as Metra-Jeanson – cut out stylised facial features from adverts and tape them over models’ faces (pictured below), to show the difference between edited and real appearance. 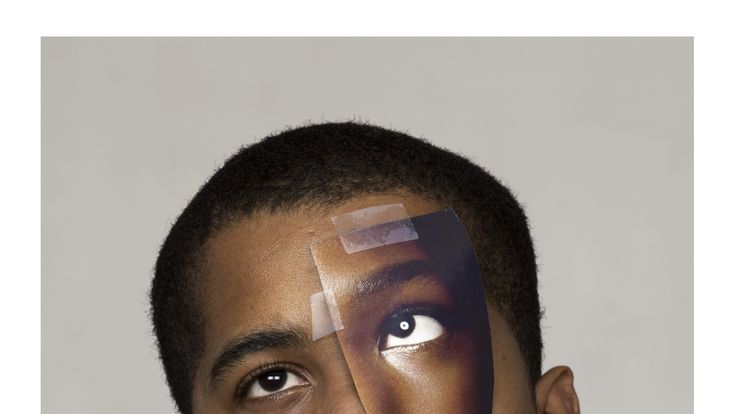 And Mason Storm looks at whether extreme body modiﬁcation is a form of body dysmorphia, through his painting of the late Rick Genest, the artist and model known as Zombie Boy. Famously tattooed as a living skeleton from head to toe, he featured in Lady Gaga’s Born This Way video in 2011. He died in August, in an apparent suicide.

:: Identity is showing at the Zebra One Gallery in Hampstead from Saturday 24 November until Sunday 9 December.