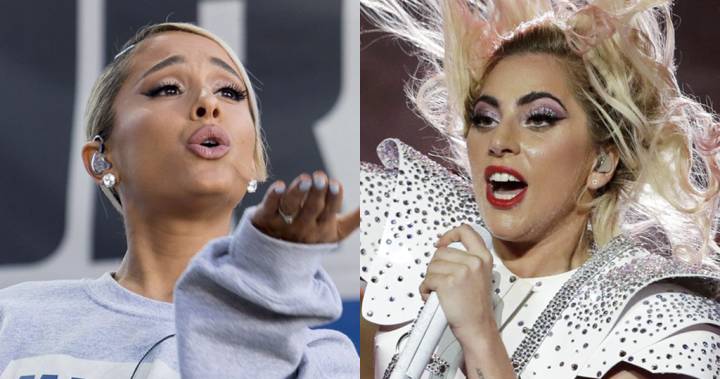 For the first time ever, Lady Gaga and Ariana Grande have joined musical forces to bring their fans something fresh in the form of an uplifting and inspiring single called Rain on Me.

The all-new duet dropped on Friday morning and serves as the second taste of music from Gaga’s upcoming sixth studio album, Chromatica, which will be released next Friday.

Throughout the three-minute, bass- and synth-driven dance track, Gaga, 34, and Grande, 26, sing back and forth about overcoming an emotional downfall by simply embracing it.

“I can feel it on my skin (It’s comin’ down on me) / Teardrops on my face (Water like misery) / Let it wash away my sins (It’s coming down on me),” the pop duo sings together in the third verse.

One time I felt like I was crying so much it would never stop. Instead of fighting it, I thought bring it on, I can do hard things. @arianagrande I love you for your strength and friendship. Let’s show them what we’ve got. 👯‍♀️ #RAINONME out now! ⛈🗡 Video premiere at 10am PT / 1pm ET TOMORROW on my YouTube channel ⚔️💓

The Bad Romance singer described the inspiration for Rain on Me via Twitter following its release.

Gaga proceeded to express her love and gratitude towards both Grande and producer BloodPop (Michael Tucker).

“@arianagrande, I love you for your strength and friendship. Let’s show them what we’ve got,” she added in the tweet.

“@bloodpop, thank you for encouraging me to keep going when I was sad. Turns out even if you don’t feel good enough, you still can be. I heard my joy back when we wrote this song. It was there, I just needed to find it,” Gaga wrote in a separate tweet.

Additionally, Gaga’s upcoming summer Chromatica Ball world tour — which includes one date in Canada — has not been affected by the novel coronavirus as of this writing.

Updates and further information regarding Chromatica and the Chromatica Ball tour can be found through the official Lady Gaga website.