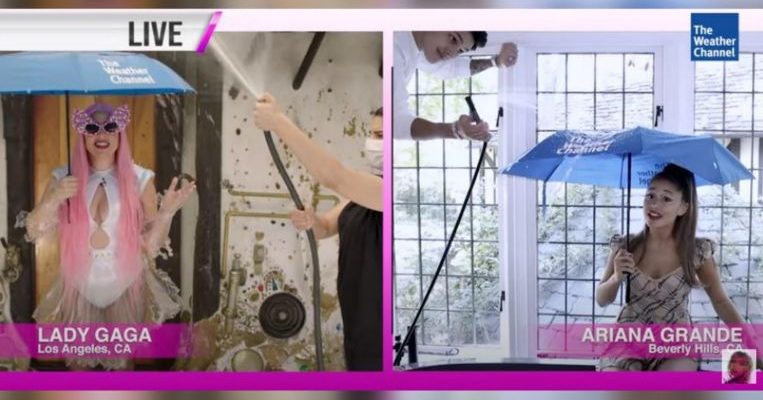 LOS ANGELES – Lady Gaga and Ariana Grande are bringing much cheer and sunshine during this trying period. The pop powerhouses recently released their single, Rain On Me, last Friday (May 22).

The duo have been releasing new Weather Channel-themed broadcasts to further promote their single. The first saw the Chromatica Weather Girls, as they’re dubbed, in a hilarious sketch posted on Gaga’s Youtube Tuesday (May 26).

It seems the deluge isn’t letting up just yet. Yesterday (May 28), the Chromatica Weather Girls posted another video on Gaga’s Youtube channel, showing the two getting completely soaked by a torrential downpour in California and New York.

Gaga is shown submerged in a swimming pool, struggling to stay afloat as she is pelted relentlessly with jets of water from a hose.

Grande, in her bathtub, has a hard time trying to stifle her laughter. Both visibly struggle to deliver their lines in the faux downpour.

Rain On Me is a track from Lady Gaga’s album, Chromatica, released today (May 29).