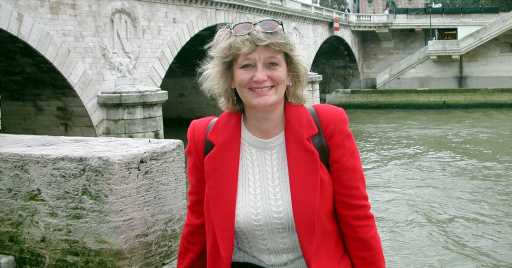 Kristen Richards, a former shampoo model, Off Off Broadway actress and art gallery owner who in the early 2000s helped revolutionize the world of architecture and design journalism with a scrappy website called ArchNewsNow, died on July 1 in Ridgewood, N.J. She was 69.

Her husband, George Yates, said the cause was lung cancer.

Before ArchNewsNow, the world of architectural journalism was fractured and siloed, with a few must-read critics and magazines towering over local and academic writers who toiled in near-anonymity.

Ms. Richards changed all that. ArchNewsNow, which she published several times a week both online and as an email newsletter, summarized dozens of articles from outlets large and small, from magazines, newspapers, blogs and academic websites, and presented them with a wry, informed tone that made her a must-read in the design world.

Unlike many people in her adopted field, Ms. Richards never took sides or sought to curry favor. She was unafraid of big names and egos, and she was just as likely to feature a debut project from a young firm as to highlight the latest Frank Gehry masterpiece. Conservative diatribes got equal billing alongside postmodern manifestoes; quality was her only criterion.

“It became as prominent as any traditional publication,” Paul Goldberger, a former architecture critic for The New York Times and The New Yorker, said in a phone interview. “She really did make it a big tent, which is unusual in a field defined, like so many, by tribal warfare.”

ArchNewsNow came along at a critical moment. Even as newspapers and magazines were letting go of staff critics and cutting back on design coverage, a dynamic but diffuse generation of digitally native writers and thinkers was emerging, their work often appearing on obscure websites and, increasingly, via social media. ArchNewsNow made it possible to keep up with them.

“It was an invaluable resource for writers,” said William Morgan, an architecture writer in Providence, R.I. “It was like having your own research bureau.”

Ms. Richards was also for many years the editor of Oculus, the magazine of the New York chapter of the American Institute of Architects, a job that allowed her essentially to produce ArchNewsNow for nothing. She rarely ran ads, and she never charged her 16,000 subscribers — many of whom, she proudly pointed out, were students, often in developing countries where, she believed, good design was integral to political and social progress.

“Perhaps what excites me most is when I see educators and students subscribe, particularly when they hail from a country such as Iran, Iraq, Pakistan, China, Sri Lanka and other countries in conflict or under severe rule,” she said in a 2012 interview. “It gives me hope — these students are our future.”

Kristen Fay Richards was born on Jan. 13, 1952, in New Paltz, N.Y., the daughter of Jay Turner, an itinerant folk musician, and Fay Richards, a commercial artist. Her father left home before she was born, and her mother traveled frequently, leaving Kristen in the care of her grandparents, who owned a dairy farm outside New Paltz.

Along with Mr. Yates, she is survived by her stepdaughter, Patricia Hill. She lived in Chestnut Ridge, in rural Rockland County, N.Y., and died in a nearby hospital.

Ms. Richards attended Carnegie Mellon University in Pittsburgh, where she studied acting. But she left after a year, drawn to New York by its vibrant theater scene of the early 1970s. For three years she managed the Gene Frankel Theater and Film Workshop in Greenwich Village, and in 1974 she was a founding member of the Impossible Ragtime Theater. She acted with the troupe and ran its public relations.

A summer trip to Greece became a nearly four-year European sojourn after Ms. Richards found work as a model; for a time she was the Greek equivalent of the Breck Girl, gracing shampoo ads in grocery circulars and on billboards. She planned to return through Rome, but fell in love with Italy and ended staying for three years, first working as a disc jockey and later teaching English.

After returning to New York in 1980, she opened an art gallery and founded a company that sold art and design products to corporate clients. Ms. Richards rode high on the 1980s Wall Street boom, but the 1987 stock market crash and the recession a few years later forced her into bankruptcy. She took a job running special projects for Interiors magazine, where her first undertaking was to oversee the renovation of Villa Aurelia, which the magazine sponsored.

In 1999 she moved to an online magazine, DesignArchitecture.com, where she ran the magazine’s daily email newsletter. When the dot-com boom went bust, she decided to relaunch the newsletter on her own. The first edition of ArchNewsNow went up on Feb. 18, 2002.

Every weekday morning for the next two decades, Ms. Richards rose early, brewed a strong cup of coffee, greeted her two cats and sat down at her computer to read through 200 or more articles on architecture, design, construction and real estate, all of which had been culled by a program designed by Mr. Yates, a software engineer.

Over the next six hours, Ms. Richards would pick about 20 items, write short summaries that teased out common themes and threads, and hit “publish.”

In 2008 she was made an honorary member of the American Society of Landscape Architects; she received the same award from the A.I.A. in 2011.

When she wasn’t writing or editing, she might spend time in her garden, or drive her manual-transmission BMW around upstate New York. But she was just as likely to head into New York City to attend a lecture, a building opening or a hard-hat tour, or just meander around, snapping photos.

“She had a really open mind, and what could be better, as a journalist?” Jayne Merkel, an architecture critic, said in a phone interview. “She felt warmly toward the architecture community and wanted to be its voice.”