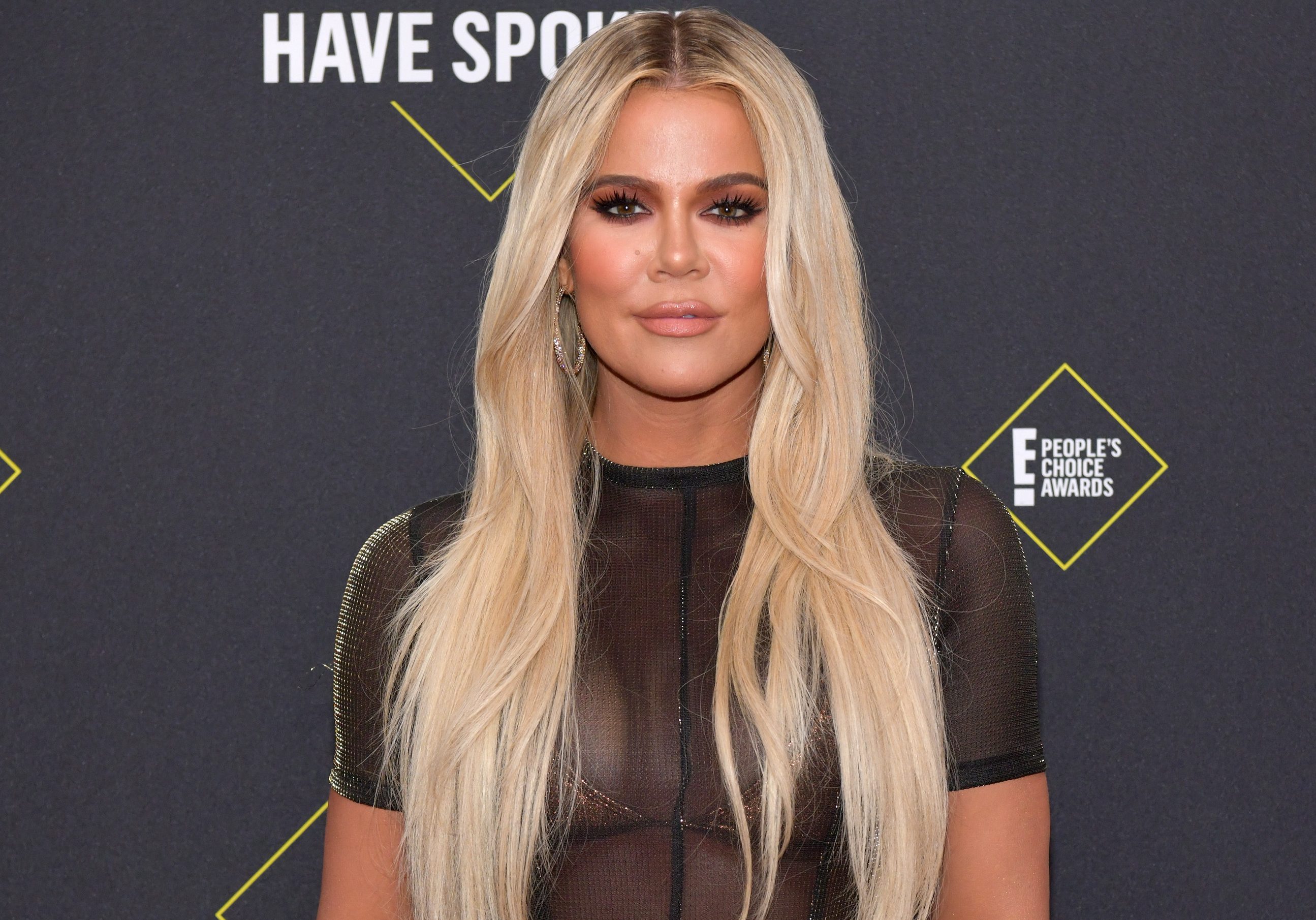 Khloe Kardashian has shared the first glimpse at her baby boy in a series of Christmas snaps.

The 38-year-old welcomed her second child with Tristan Thompson earlier this year, via a surrogate.

His birth was discussed in the season two premiere of the Kardashians, but the mom-of-two has kept the newborn’s identity firmly under wraps ever since, and has yet to share his name with fans.

Taking to Instagram, the Good American designer shared a series of snaps as she posed in front of a tree, holding her baby boy in her arms, while clutching daughter True Thompson’s hand.

In the first snap, the little one’s side profile was visible, while he kept his back to the camera in the second photo.

Fans were living for the rare family portrait and flooded the comments section with praise.

‘Finally a beautiful picture of your little man now we need to know his name,’ another said.

Khloe and Tristan introduced their second child in August, and are also parents to daughter True.

Their relationship came to an end shortly after they began their surrogacy journey – when it emerged that he had fathered a child with Maralee Nichols.

During an appearance on the Kelly Clarkson Show, the reality star opened up about growing her family with the NBA athlete, explaining that she wouldn’t be expanding her family once more.

‘I’m one of both and I think I’m good, chapter’s closed,’ she told the host. ‘Yes, one of each. It’s exciting. It definitely was a different way, I did surrogacy.

‘It’s amazing. I had reasons why I couldn’t carry my second, and it’s such a blessing that we have this.’

‘I watched her go through her journey, and I’m so grateful for how open she has always been about her journey. Not every journey is the same, mine was very different from hers.

‘I think her journey was way more… It was just more comfortable for her. For me, I’m such a control freak.