In honor of Bill & Ted Day, a new promo for the film dropped on Tuesday, June 9, showing the middle-aged men forced to realize that their band, Wyld Stallyns, just isn’t as popular as they used to be. Instead of giving up, they set out on an adventure to find a song that will change their lives.

It also appears that this film will include some sort of time travel. “Bill, we’ve spent our whole life trying to write the song that will unite the world,” Ted says in the video. “Why can’t we just go to the future when we have written it?” 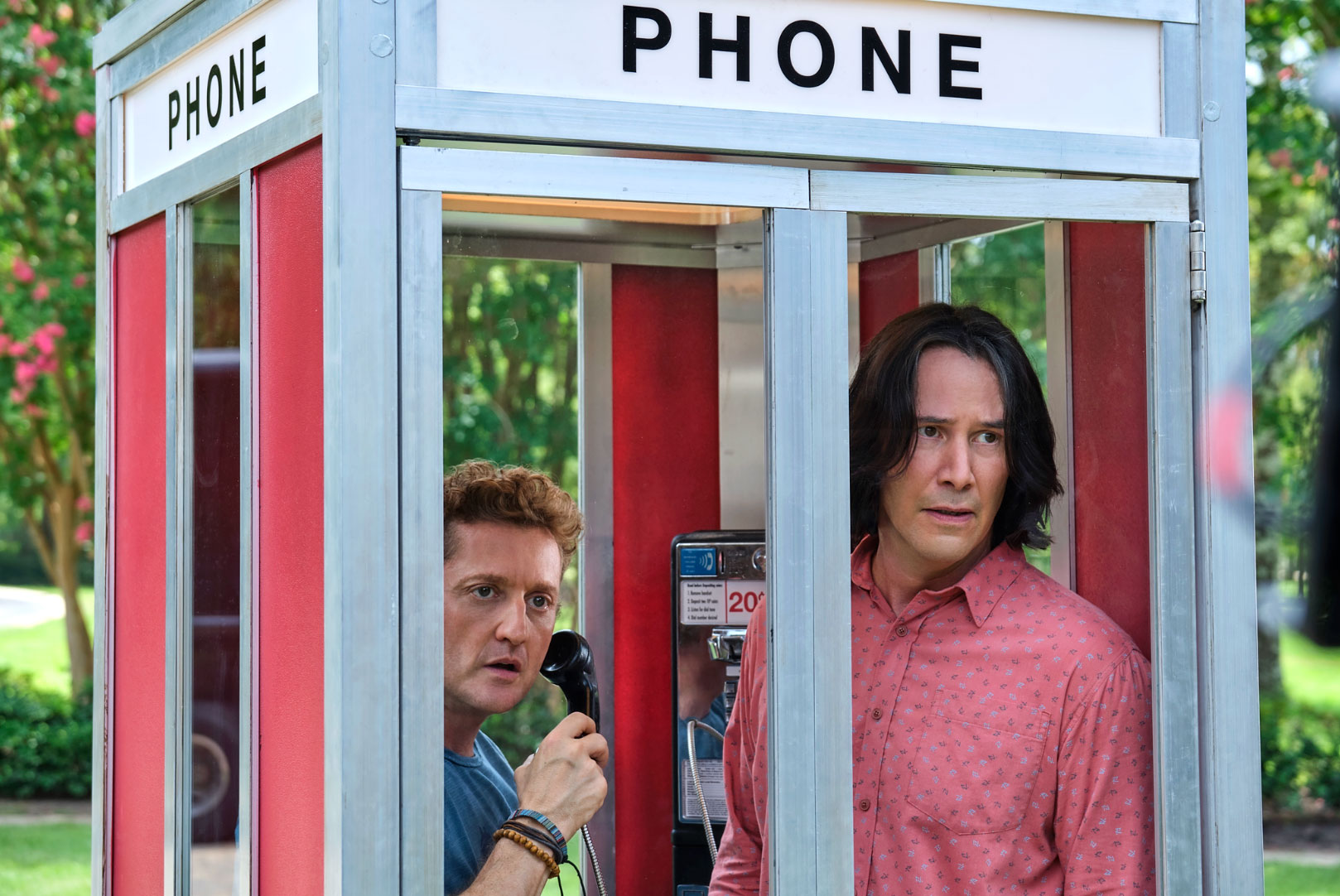 “The apple doesn’t fall far from the tree with their daughters. Billie and Thea are joined at the hip and love music,” Weaving, 28, teased to USA Today in August, but admitted she never saw the original movies. “I guess I was in a little bubble of my own. [My fiancé] jumped up and started doing their impression. I was like, ‘What’s wrong with your voice?’ He started leaping around saying, ‘Dude, you have to do it! Excellent!’” 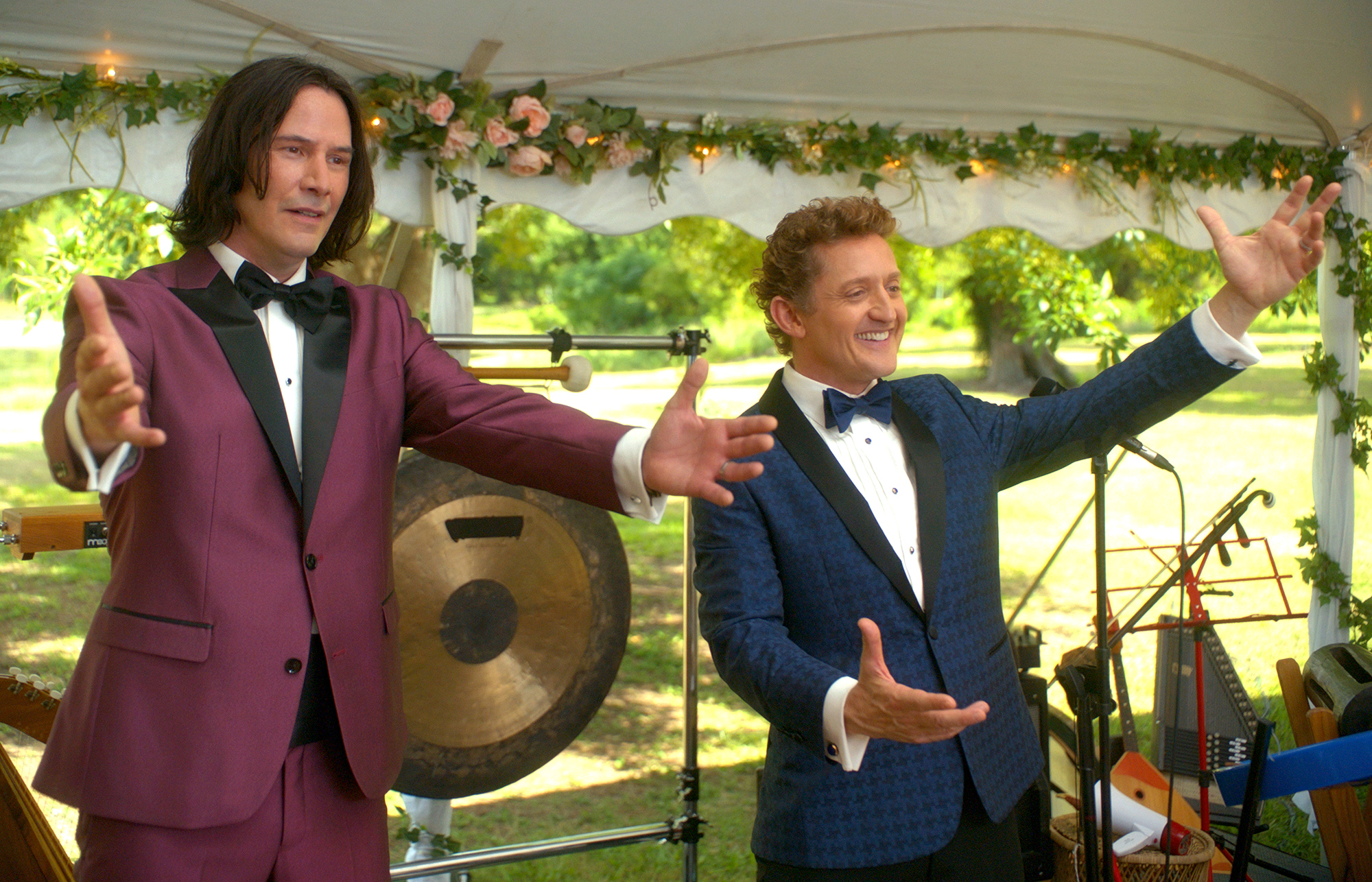 As for Winter, 54, it wasn’t tough to get back into character again after all these years. “I did a lot of preparation for it, but it doesn’t leave you. It was very natural,” he told LouderSound in April. “Maybe embarrassingly so!”

Bill & Ted Face the Music is out in theaters on Friday, August 21.