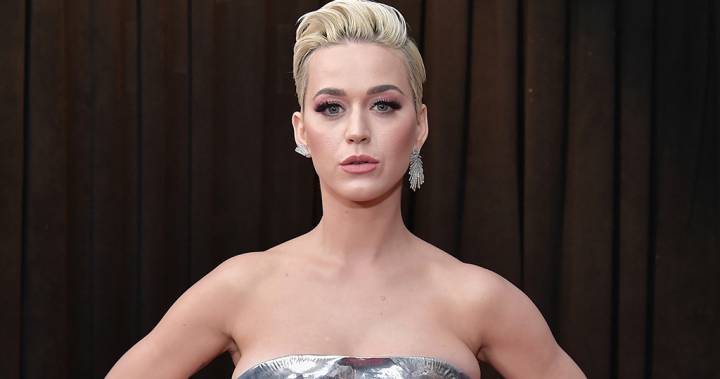 Pop star Katy Perry is pulling shoes from her fashion collection after the designs were called out for resembling blackface.

Two pairs in Perry’s eponymous shoe line, Katy Perry Collections, sparked controversy for what people are calling a racist design. The styles, “Rue Face Slip On Loafers” and “Ora Face Block Heel Sandals,” have a “face” on them with blue eyes, a triangular nose and full red lips.

“I was saddened when it was brought to my attention that it was being compared to painful images reminiscent of blackface,” Perry said in a statement to BBC.

“Our intention was never to inflict any pain. We have immediately removed them.”

The shoes, which were made in black and nude, are no longer for sale at U.S. retailers like Walmart and Dillard’s, according to reports.

As of time of publication, Global News could not find the shoes on Walmart Canada’s website.

People online are calling out 34-year-old Perry for her insensitive designs, saying that the singer should know better.

Others pointed out that if companies like Perry’s hired more people of colour, they could avoid racist imagery from hitting the shelves.

“The frustration isn’t just that the pieces evoke racist imagery but that they were created at all,” one Twitter user commented.

“If these companies hired more black people who would make them more aware of appropriation and racism, this stuff wouldn’t happen. It’s the lack of concern that is troubling.”

Some people highlighted that the shoes are offensive — period — but that the collection is especially tone-deaf during Black History Month.

The Italian brand apologized for the design and said it would remove the sweater off its website and from its retail stores.

In December, Prada apologized for designing a monkey-like character bag charm that had full red lips, and was criticized for resembling blackface.

The Italian luxury label said it took the bag charms off its site after the backlash.

Bill Turnbull ‘develops healthy relationship with death’ amid incurable cancer battle
We and our partners use cookies on this site to improve our service, perform analytics, personalize advertising, measure advertising performance, and remember website preferences.Ok