Kate Middleton and Prince William stepped out for a special performance of “Dear Evan Hansen” on Tuesday night at the Noel Coward Theatre in London.

The performance of the play, which focuses on a teenager dealing with severe anxiety, benefited The Royal Foundation, which has made mental health a “key priority,” Kensington Palace said last week.

It appears that the shoes in question are $725 “Romy” pumps by Jimmy Choo in silver and dusk blue glitter. She paired them with a matching, sparkly clutch: 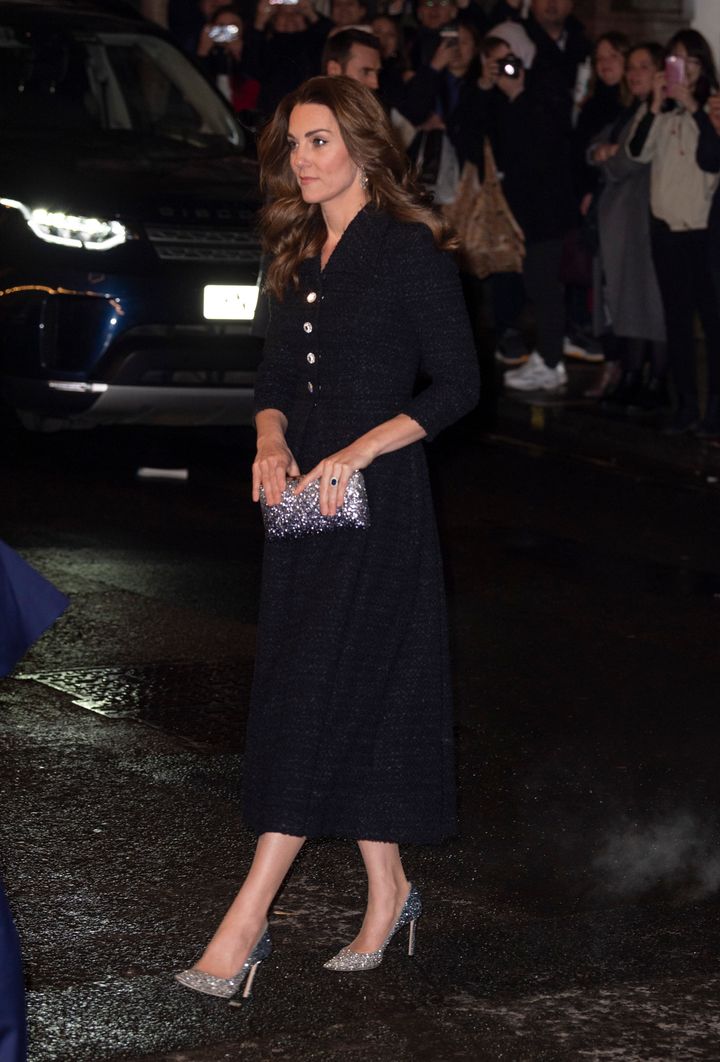 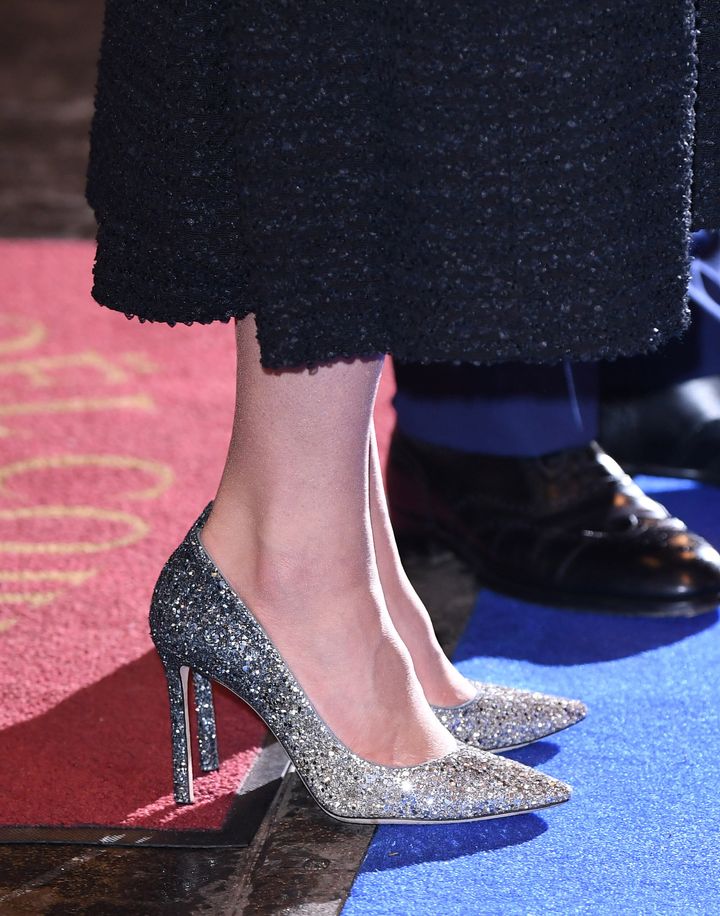 Kate has donned the heels before for two memorable events.

The duchess wore the shoes to the Action on Addiction Gala dinner in July 2019, where she paired them with an off-the-shoulder, cream dress by Casasola that retailed for $1,800.

The royal also wore the heels when she attended the BAFTA awards alongside William in February 2019.

It was easy to miss the shoes, though, as her billowing white gown ― from one of her favorite designers, Alexander McQueen ― covered them up. You can barely see them peeking through: 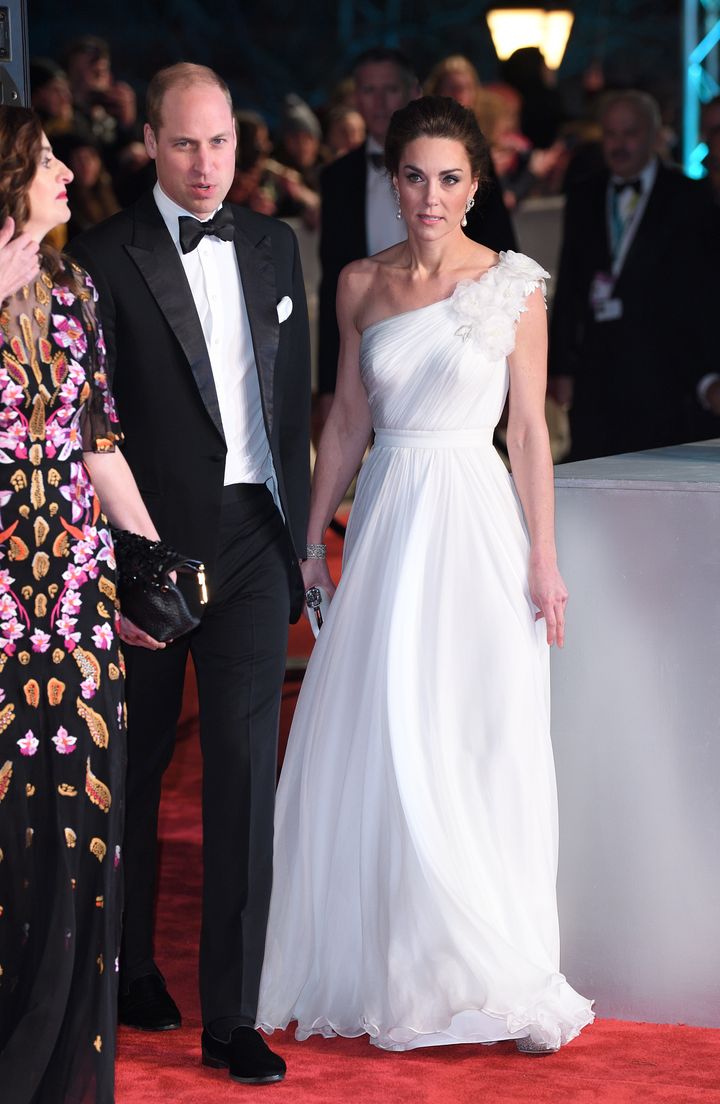 The Duke and Duchess of Cambridge are back in full force this week, after taking last week off from royal outings as their children, Prince George and Princess Charlotte, were off from school. Little Prince Louis, of course, is too young to go to school.

William shared the sweet way that the family spent their time off, saying they all went “lambing,” which consists of lambs being born on a farm. (This generally starts in December and lasts until about June.)

“Charlotte wasn’t sure at first but George was straight in there. Louis loves the tractors,” William said at a rugby match over the weekend, according to the Press Association. “They love seeing the lambs and feeding the lambs.”

Up next, the couple have a joint, three-day trip to Ireland, where they will visit Dublin, County Meath, County Kildare and Galway. The trip coincides with Prince Harry and Meghan Markle’s return to the U.K. for the last of their royal engagements.