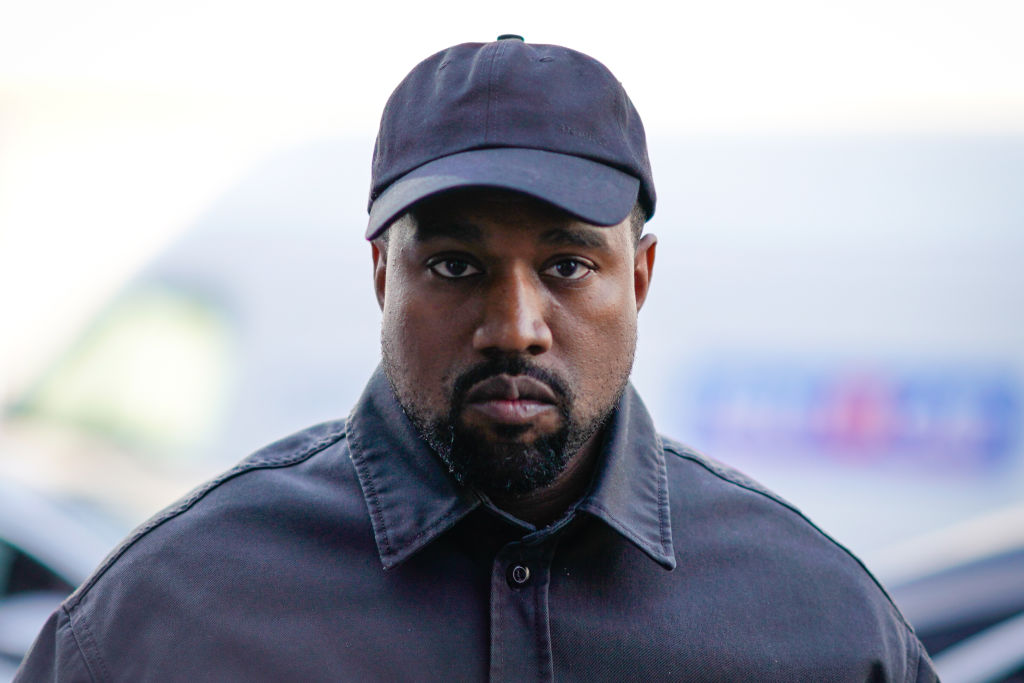 The 45-year-old musician is said to have tied the knot with the architectural designer, who works at Yeezy, just two months after his divorce from Kim Kardashian, 42, was finalised.

But while TMZ reports that an intimate wedding took place to take their relationship to the next level, they haven’t filed a marriage certificate to make their nuptials legal.

Shortly after the event was said to have been held, the Famous rapper was spotted wearing a ring, said to symbolise his commitment, at the Warldorf Astoria in Beverly Hills.

The Gold Digger performer has also penned a new track, Censori Overload, thought to be an ode to Bianca, which references marriage in the lyrics.

‘And The Bible said, I can’t have any more sex till marriage,’ he sings.

While Bianca and Ye have yet to publicly comment on the union, her relatives have passed on their well-wishes to the new couple.

The 20-something’s sister, Angelina Censori, told The Herald Sun: ‘It’s very exciting news for both my sister and the family but we choose to have some privacy for the time being.’

Another relative, Alyssia Censori, added to the publication that the family was ‘super happy for them both.’

Kanye’s ex-Kim, with whom he shares children North, nine, Saint, six, Chi, four, and Psalm, three, posted a cryptic message after news of his marriage broke.

Shared with her 340million followers, the Skims founder wrote: ‘Just remember, the black sheep usually turns into the goat. Keep doing you.’

A second quote on a black background read: ‘People who want to see you win, will help you. Remember that.’

Neither Kanye nor Bianca’s names were mentioned in the posts, but there’s no denying that they come at a suspicious time.

The Kardashians star moved on from the All Falls Down rapper with Pete Davidson after meeting during her episode of Saturday Night Love.

However, the couple called time on their romance after nine months of dating, reportedly deciding to remain friends instead.