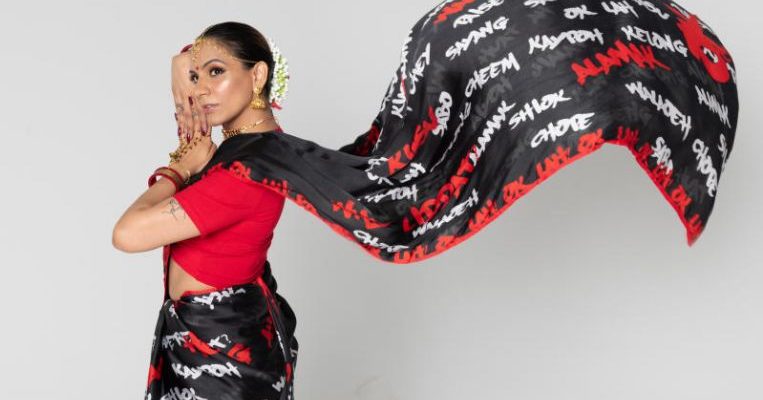 SINGAPORE – When she performs the character of Disco Sheela at the Esplanade Recital Studio on Saturday (Nov 17), writeractress Sharul Channa will be channelling a woman she met at a night club.

Channa, 31, was struck then by this woman, who juggled home, family, children, a career and weekly visits to the temple, as well as outings with her friends.

Other members of the Indian community laughed at her “piety” on seeing her at the temple after a night of dancing.

“Initially, she used to feel terrible about it, but now she doesn’t,” says Channa. “She did some disco moves as we were talking and I thought, ‘This is it. This is Disco Sheela.'”

Disco Sheela And Other Indian Superwomen is a one-woman show produced by The Esplanade Co for the annual festival of Indian arts, Kalaa Utsavam.

Last year, Channa distilled the good and bad of Indian weddings into a one-hour comic monologue, Sharul Weds Sharul, for the same festival.

This year, she wanted to take on the pressures women face – to be a model homemaker or career woman, to look good and to play a part in community traditions.

“A lot of women in the Indian community are striving to just be and just be comfortable in their own skin. All they want is to be accepted for who they are and not be judged all the time.”

Disco Sheela And Other Indian Superwomen also features three other characters, Malini, Mumtaz and Aunty Sunita, who grapple with issues such as finding a life after their kids are grown up or dealing with the pressure to conform.

All the characters were developed through conversations with well-known comedian Kumar, whom Channa roped in as director.

Kumar gave her one of her first paying gigs years ago and they worked together on a satirical community show, Kumar’s Living Together, for the 2015 Singapore International Festival of Arts.

Surprisingly for those who know 50-year-old Kumar’s brand of raunchy, no-holds-barred humour, he has been Channa’s sensitivity expert, guiding her on how to approach topics and flesh out characters.

She says: “He’s very intelligent and has a lot of life experience with different characters. I offer him a sensitive topic and he’s like, ‘This is how to do it.'”

Kumar says: “I know these people. My mum is Aunty Sunita, in a way, 60-plus, the kids are gone and they’re standing there thinking, ‘What do I do with my life?’

“When the audiences come and see the show, they’ll be, like, ‘That’s my niece, my mother, my sister.'”

He would like to see a similar show, but one focused on men and the issues they face, such as getting rejected by the workforce because of age and going through male menopause.

Channa is ready to direct it, but, Kumar adds with a laugh, someone else will have to act in it. “Because I can’t play a man,” he says.