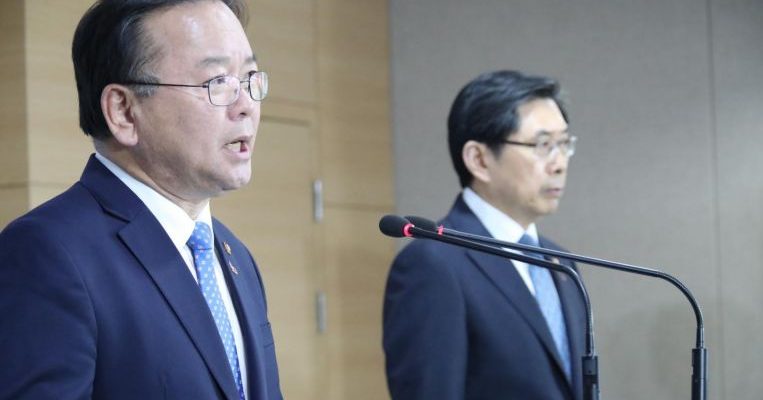 SEOUL – Amid a call by South Korean President Moon Jae-in to leave no stone unturned in probing scandals, and apologies by two ministers, the police on Tuesday (March 19) accelerated an investigation of nightclub Burning Sun.

It has been hit by allegations of sexual assault, filming of sex videos, drug use and ties with the police, reported The Korea Herald.

The Seoul Central Prosecutors’ Office asked a court to issue an arrest warrant for Jung Joon-young, a singer suspected of filming sex videos and sharing them via a group chat with other K-pop artists, including former BigBang singer Seungri and FT Island’s Choi Jong-hoon.

It also sought arrest warrants for a Burning Sun employee surnamed Kim and an executive director at the club surnamed Jang.

Interior Minister Kim Boo-kyum and Justice Minister Park Sang-ki apologised to the public for the alleged collusion between police and Burning Sun in a press briefing on Tuesday.

“I take the public outrage about a case involving the privileged with a heavy heart and I apologise as interior minister about suspected collusion (between the club) and some officers who are supposed to root out illegal acts,” Mr Kim said.

On Tuesday morning, Mr Lee Moon-ho, head of Burning Sun, attended an arrest warrant hearing at a court for alleged drug distribution at the club.

Seungri, who was executive director at Burning Sun, is also under investigation for procuring prostitutes for potential investors.