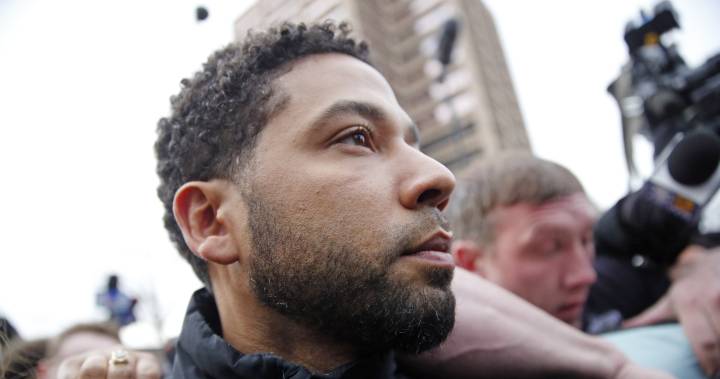 Chicago police are conducting an investigation to determine the source of information leaked anonymously to the news media during the Jussie Smollett case.

A police rep says the investigation began after the Empire actor was charged with felony disorderly conduct last month.

Investigators say Smollett staged a racist, anti-gay attack on himself with the help of two men and made a false police report.

Police say no alleged leakers have been identified so far and no officers or department staffers have been disciplined for releasing information.

“I would like to point out that a lot of the information out there was inaccurate and there were numerous agencies involved in this investigation,” Chicago P.D. Sgt. Rocco Alioto said in a statement. “As a standard procedure when there are allegations of information being leaked, an internal investigation has been opened and we are also looking at our vulnerabilities.”

The announcement of the internal investigation came on the same day as a report from CBS 2 Chicago which claimed that many workers and nurses at Northwestern Memorial Hospital in Chicago may have been fired for inappropriately accessing Smollett’s medical records.

The 36-year-old actor was treated at the Northwestern Memorial Hospital after allegedly being attacked in January.

“Any time you get law enforcement drip-drip-drip leaks, that to me is a telltale sign that something else is going on here,” Smollett’s lawyer Mark Geragos said while on CNN. “I haven’t seen anything except leaks according to law enforcement sources. To me, that screams out somebody is trying to manipulate something.”

In February, Chicago Police Sup. Eddie Johnson said the Empire actor “still has the presumption of innocence and he still has his opportunity in court if he chooses to go that route.”

Johnson said that detectives still considered the Beautiful singer as a victim and not a suspect until the final hour before they had to release the two brothers who were arrested in connection with the case. If the brothers were charged, Smollett would still be seen as the victim.

“I refused to characterize Jussie Smollett as a suspect unless we had concrete evidence,” Johnson said. “The 47th hour that we had those two individuals in custody is when it changed.”

“We worked very closely with their lawyer, and (she) went in there to talk to them, and whatever she said to them apparently got through to them — to just tell the truth about what happened,” Johnson said. “And that’s what they decided to do.”

Jonhson shared that he and the detectives working on the case had some doubts about the actor’s story.

“There were some questions,” Johnson said. “There’s always questions when people are describing incidents to us.”

“What’s important for people to realize is, it’s not the Chicago Police saying he did something. It’s the evidence, the facts, the witnesses that are saying this,” he said.

Johnson said that the key piece of evidence was a cancelled cheque signed by Smollett. The brothers said Smollett “paid them $3,500 with a cheque … to carry out this incident.”

Johnson said that the decision to use a noose in the attack was offensive. Smollett had claimed that two men threw a rope around his neck during the alleged attack.

“The Chicago Police Department has its issues with racism and excessive force and all of that. And I’m acutely aware of that,” he said. “But we didn’t earn this particular incident, and I just refuse to let us take that shot if we have evidence of the contrary.

“I want people to understand that (filing a false police report) is a damaging thing to a city and to a police department. It’s my responsibility to make sure the record gets set straight.”

Smollett is due to appear in court again March 14.