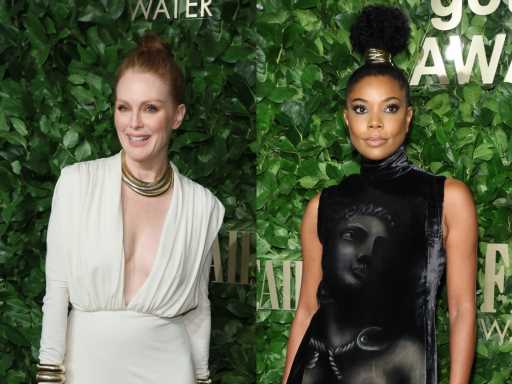 The road to the Oscars has started, and everyone is bringing their A-game — from campaigning to their red-carpet fashion! While there have been quite a few awards shows happening throughout the past few weeks, everyone has been gearing up for the indie award show of the season: the Gotham Awards.

On Nov 28, A-listers from all over came to honor both their colleagues (like Oscar-nominated actress Michelle Williams), and incredible indie films that touched everyone this year, like Everything Everywhere All at Once. Held at the esteemed Cipriani Wall Street in New York City, this was the 32nd annual ceremony for the Gotham Awards to honor those in the independent film industry. Dating back to 1991, this award show has quickly become one of the most prestigious awards ceremonies on the road to the Oscars.

Last year, Netflix’s The Lost Daughter by Maggie Gyllenhaal won Best Feature, and this year, the fan-favorite A24 film Everything Everywhere All at Once took home that prestigious honor. Along with that, shows like Pachinko and Mo won big as well in their categories.

Going back to the A-listers, so many of them brought their fashion A-game, arriving in some intricate, colorful gowns we couldn’t take our eyes off of. From plunging gowns to early 2000s-esque ensembles, this red-carpet event was a sight to see.

In case you missed it when it was happening live, check out the best-dressed stars at this year’s Gotham Awards below!