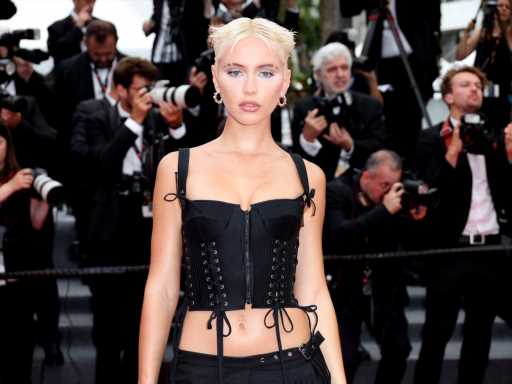 There’s another celebrity kid making waves in the fashion world this summer. This time, it’s Jude Law’s oldest daughter, Iris, modeling for Versace’s very sexy summer swimsuit campaign, and the 21-year-old is proving she has what it takes to rise to the top of the very competitive world of modeling.

“La Vacanza” campaign, also known as “The Holiday,” in English, looks like a complete James Bond heroine fantasy. (See the photos HERE.) She looks empowered and confident lying on one of the designer’s signature beach blankets while wearing a lilac bikini with a badass gold chain around her waist. Her short blonde hair and smoky eye makeup exudes a mysteriousness that gives the photos a cinematic feel.

That is exactly the vibe Versace was going for, calling their summer campaign “beautiful and seductive, but also expressive and fun,” per WWD. It’s also why they picked the actress and model to bring their vision to life for the stunning swimwear line. “We have a star in Iris whose unique attitude has all of these elements and I’m really excited that she’s part of this campaign and now part of the Versace family,” the company’s chief creative officer explained.

Iris has been rocking Hollywood since her acting debut in FX’s Pistol as Soo Catwoman. She rocked a shaved head that not only kickstarted her career into high gear, but it also created a “liberating” experience for her. The young star explained to Vogue, “I’ve never done anything like that before. I looked in the mirror and thought it was going to be emotional, but it wasn’t. It felt so positive.” It looks like the Versace campaign is also jumping off her newfound sense of power because she looks ready to take on the world this summer in some fancy new swimwear.

Before you go, click here to see more celebrity kids following in their parents’ acting footsteps. 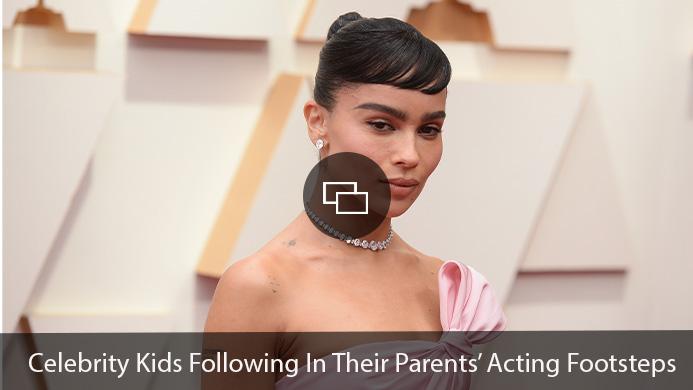