John Cohen, a founding member of the New Lost City Ramblers, the New York-based string band at the forefront of the old-time music revival of the 1950s and ’60s, died on Monday at his home in Putnam Valley, N.Y. He was 87.

His son, Rufus, said the cause was cancer.

Although best known as a performer, Mr. Cohen was also an accomplished photographer, filmmaker and musicologist. But virtually all his artistic pursuits were centered on a single goal: revitalizing the traditional music of the rural American South and building a movement around it.

Established in 1958, the Ramblers consisted of Mr. Cohen on banjo, guitar and vocals; the folklorist Mike Seeger, also on vocals, as well as fiddle and other instruments; and Tom Paley, who left the trio in 1962, on banjo, guitar and vocals. Together the three men introduced a generation of young urbanites to the work of Depression-era rural performers like Dock Boggs, Elizabeth Cotten and Blind Alfred Reed. (Tracy Schwarz, Mr. Paley’s replacement, played fiddle and guitar and sang with the group from 1962 until the early 1970s.)

The Ramblers influenced many folk and rock artists who followed in their wake, from Bob Dylan to latter-day Americana acts like Old Crow Medicine Show. The Grateful Dead’s 1970 single “Uncle John’s Band” is thought by many to be a tribute to Mr. Cohen and the Ramblers, whose musical corpus was arguably as rich a mother lode of vernacular source material as Harry Smith’s celebrated “Anthology of American Folk Music.”

Unlike some of their contemporaries, the trio did not merely imitate — or sanitize, as was the case with groups like the Kingston Trio — the unvarnished sounds of their Appalachian forebears. By mastering antediluvian musical syntax, the Ramblers accorded the old-time string band canon great respect while also equipping themselves to reimagine it with their own exuberant stamp.

The folklorist Jon Pankake, in the liner notes to “Where Do You Come From? Where Do You Go?,” a 2009 anthology of recordings by the Ramblers and their influences, characterized Mr. Cohen as “the group’s William Blake, a visionary role befitting his artist’s training and talents.”

“In retrospect,” Mr. Pankake continued, “he seemed most aware of the evolving mission of the Ramblers, most aware that the group was about something more than entertaining, was carving out some yet unknown place in history and inspiring many of its audience to become a new kind of musical community.”

Mr. Cohen made periodic field trips south to locate and record those of his Depression-era predecessors who were still alive and, whenever possible, bring them north to appear at folk festivals and on college campuses. His engagement with traditional Southern culture likewise extended to his photography, which appeared in publications like Vanity Fair, Rolling Stone and The New York Times, and is included in the collections of the National Gallery and the Metropolitan Museum of Art.

Published in 2001, his book “There Is No Eye” served as a repository of his 50 years of work as a photographer. It included images of subjects ranging from luminaries like Bill Monroe and Woody Guthrie to lesser-known figures like the banjo players Clarence Ashley and Charlie Poole.

Mr. Cohen was also a documentarian. His 1963 short “The High Lonesome Sound” examined the life and music of the Kentucky singer and banjoist Roscoe Holcomb. Included among his more than a dozen documentaries were films depicting the traditional music and mores of the Incas of Peru.

In contrast to some who introduce indigenous cultures to a wider audience, Mr. Cohen did not impose preconceived notions on his subjects. He shunned the term “folk” as a way of referring to native music and traditions, characterizing it, in a 2001 interview with the roots music magazine No Depression, as “an upper-class way of describing what poorer classes do.”

John Cohen was born on Aug. 2, 1932, in Sunnyside, Queens, to Israel Cohen, who owned a shoe store, and Sonya (Shack) Cohen, a homemaker. He grew up in suburban Great Neck, on Long Island. His parents introduced him to folk music when he was a child; in high school, he listened to Woody Guthrie records and started playing the guitar.

He earned a bachelor of fine arts degree from Yale in 1955 and a master of fine arts there in 1957. He also helped organize hootenannies on campus and began taking photographs of influential but, at the time, unsung musicians like the folk-blues singer the Rev. Gary Davis.

[Read the obituary for Mr. Frank, who died this month.]

In the late 1950s Mr. Cohen photographed the comings and goings of the Abstract Expressionist painters who frequented the Cedar Bar in Greenwich Village. His book “Young Bob,” published in 2003, collected his photos of Bob Dylan’s arrival on the Village folk scene in the early 1960s. 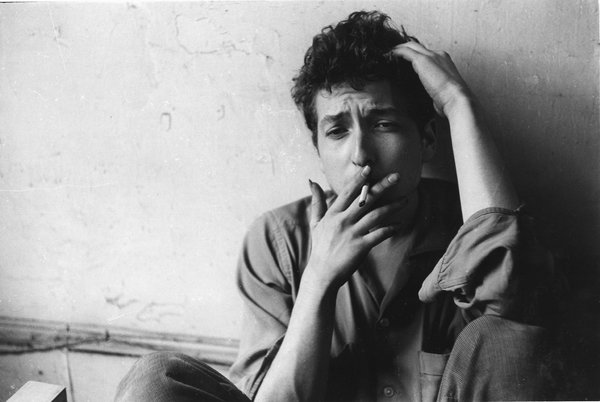 A number of Mr. Cohen’s photographs were licensed for use in the Ken Burns documentary series “Country Music,” currently being shown on PBS. Some of them are also included in Mr. Cohen’s book “Speed Bumps on a Dirt Road: When Old Time Music Met Bluegrass,” published this month.

Friends of Old Time Music, an organization Mr. Cohen founded with the folklorists Ralph Rinzler and Izzy Young, presented a series of concerts in New York showcasing old-time musicians from 1961 to 1965.

In 1965 Mr. Cohen married Penelope Seeger, the youngest sibling of the musical Seeger family, which also included her brother Mike, Mr. Cohen’s bandmate in the New Lost City Ramblers, and their half brother Pete. She died in 1993. The Cohens’ daughter, Sonya Cohen Cramer, a singer, died in 2015. In addition to their son, Rufus, Mr. Cohen is survived by two grandchildren and a brother, Michael.

Mr. Cohen left the Ramblers in the early ’70s, having by then established a second career as a filmmaker and as professor of visual arts at SUNY Purchase College, where he taught photography and drawing from 1972 to 1997. In 1973 he released the album “Home Grown,” recorded with the Putnam String County Band. (Around the same time, his former bandmates Mike Seeger and Mr. Schwarz began performing more contemporary country material with the Strange Creek Singers, a band that also included their fellow old-time musicians Hazel Dickens, Alice Gerrard and Lamar Grier.)

In 1978, Mr. Cohen reunited with Mr. Seeger and Mr. Schwarz for the Ramblers’ 20th-anniversary concert at Carnegie Hall. They reunited again for a 35th-anniversary tour in 1993. (Mr. Seeger died in 2009, Mr. Paley in 2017.) He also released a solo album, “Stories the Crow Told Me,” in 1999 and, more recently, played with a latter-day string band, the Down Hill Strugglers.

Mr. Cohen was an associate music producer, with T Bone Burnett, on the 2003 movie “Cold Mountain,” set in the last days of the Civil War. In 2005 he appeared in “No Direction Home,” Martin Scorsese’s PBS documentary about Mr. Dylan.

A documentary about Mr. Cohen, “Play On, John: A Life in Music,” was shown on the Smithsonian Network in 2009. His archive was acquired by the Library of Congress in 2011.

“When I started to pursue music, it was a many-sided involvement,” Mr. Cohen wrote in the liner notes to the CD that accompanied his 2001 photo retrospective. “I photographed it, performed it, presented it, recorded it and made films about it.

“While some collectors of music were out looking for stars and innovators,” he continued, “I was seeking music that was still in direct touch with its roots, and I only photographed things connected to my search.”