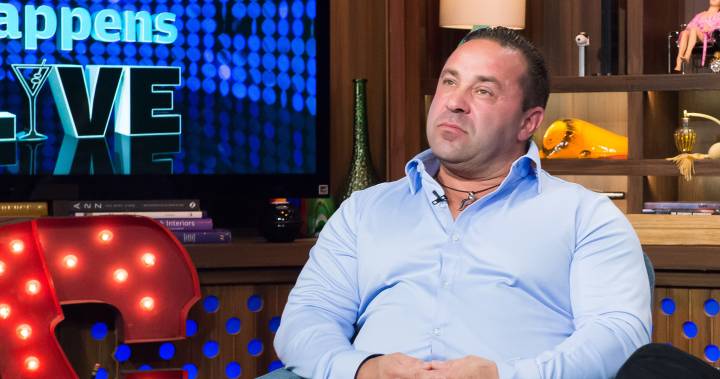 Joe Giudice is one step closer to being deported from the United States.

The husband of The Real Housewives of New Jersey star Teresa Giudice was released from federal prison on March 14, but his deportation appeal was denied on Thursday.

The 46-year-old father of four was serving a more than three-year sentence for mail, wire and bankruptcy fraud and was set to be released in March 2019. He was then expected to be transferred into U.S. Immigration and Customs Enforcement (ICE) custody.

ICE has dismissed the appeal by Giudice’s lawyers to remain in the country following his conviction and 48-month sentence for tax fraud, accord to his legal team.

“The Board of Immigration Appeals dismissed Giuseppe Giudice’s case appeal on April 11, 2019,” said a spokesman for the Department of Justice’s Executive Office for Immigration Review. “In dismissing the case, the BIA affirmed the immigration judge’s decision of removal dated Oct. 10, 2018.”

Giudice’s team filed a petition on April 17 for a federal court to review the decision. If that request is denied, Giudice will be deported to Italy.

“We are extremely disappointed that the Board of Immigration Appeals has denied Mr. Giudice’s appeal,” said James J. Leonard Jr., the Giudice family lawyer, said in a statement. “We have filed a stay with the Third Circuit Court of Appeals and will continue to fight to keep Mr. Giudice in the United States, the only country he knows, and reunite him with his wife and four daughters.”

Giudice was brought from Italy to the United States by his parents when he was one year old, but he never became a U.S. citizen.

Last October, ICE released a statement in regards to Giudice.

“On Oct. 10, Mr. Giudice was ordered removed by an immigration judge with the Executive Office for Immigration Review. Mr. Giudice has reserved his right to appeal the decision to the Board of Immigration Appeals and has 30 days to file an appeal before the order becomes final,” a statement from ICE read.

The statement continued: “As standard practice, ICE, through its Criminal Alien Program (CAP) works with the Bureau of Prisons (BOP) to identify foreign-born nationals who are amenable to removal. These aliens are placed in removal proceedings while serving their criminal sentences in order to reduce ICE detention costs and expedite removals once BOP transfers are completed.”

Teresa spoke about the possibility of her husband being deported on the reunion episode of The Real Housewives of New Jersey.

“It’s like starting a whole new life,” she said. “And (her daughters have) been through so much already. So, I mean, I’m not doing a long-distance relationship. I’m just not doing it. I want somebody with me every day. I know exactly what happens; I’m sure he’ll be with other women. It happens. We do the long-distance thing? It’s not going to work. I’ll be like, ‘bye-bye.’”

Teresa and Joe Giudice have been married since 1999 and share four daughters together: Gia, 18, Gabriella, 15, Milania, 13 and Audriana, 10.