“You’re a damn liar,” Biden told a man at a campaign event. 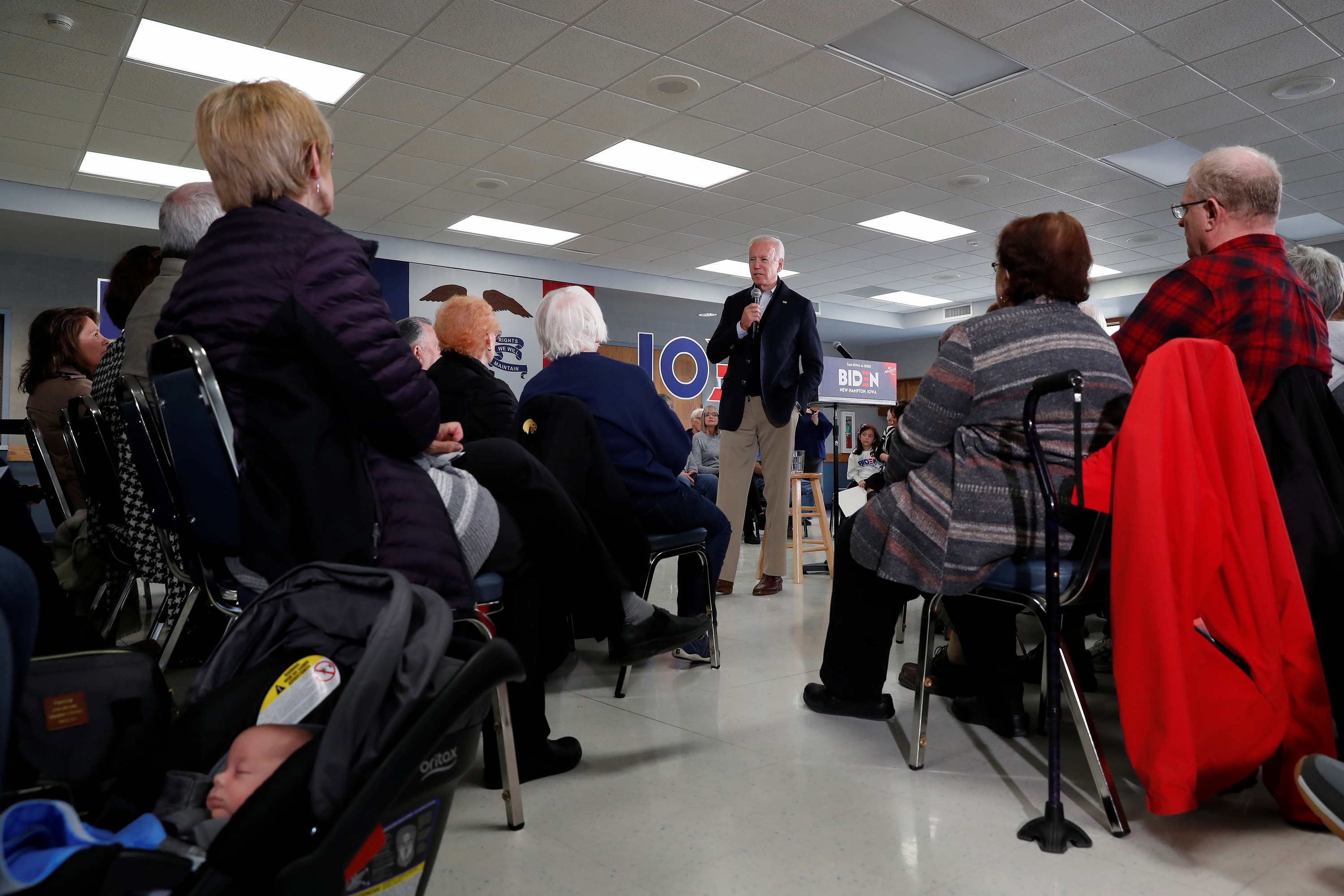 Democratic 2020 presidential candidate and former vice president Joe Biden speaks during a meet-and-greet on his “No Malarkey!” campaign tour at the Knights of Columbus Club in Charles City, Iowa, on Dec. 4.

NEW HAMPTON, IOWA — Former vice president Joe Biden got into a heated exchange with a man in Iowa on Thursday, in which he challenged the man to an IQ test or push-up contest after the man questioned Biden about his son and said he was too old to be president.

During a question-and-answer portion of the event in New Hampton, Iowa, the man asked Biden a question about having “sent” his son to work for Ukrainian oil company Burisma. (Hunter Biden had served on the board of the company and recently said doing so was “poor judgment” but that he “did nothing wrong at all.”) And he said that Biden is “too old” to serve as president.

“Look, the reason I’m running is because I’ve been around a long time and I know more than most people know and I can get things done. That’s why I’m running. And you want to check my shape, man, let’s do push-ups together here, man, let’s run, let’s do whatever you want to do, let’s take an IQ test,” Biden said.

“No one has said that my son did anything wrong,” he later added.

The man said he’d seen something on TV, specifically on MSNBC, about the Bidens and Ukraine.

“You don’t hear that on MSNBC,” Biden said.

“I didn’t say you did anything wrong,” the man said. He eventually told Biden that “it looks like you don’t have any more backbone than Trump does” and that he won’t be voting for Biden, which brought boos from the crowd.

“I know you’re not, man. You think I thought you were voting for me standing there. You’re too old to vote for me,” Biden said, before moving on to ask if any students had questions for him.

After a stunned silence of a few moments, Biden said, “Really? Nothing?” before one student asked him a question and the event continued.

It appeared at one point late in the exchange that Biden said “fat” in reference to the man — Biden’s campaign later said he said “facts.”

The questioner, who spoke to reporters after the event but refused to give his name, said he is a retired farmer from Iowa and that he doesn’t support Biden because he’s seen reports about the Bidens and Ukraine. There is no evidence the former vice president committed wrongdoing, despite allegations that have been amplified by President Donald Trump and his allies and are at the heart of the impeachment inquiry.

The man added that he doesn’t agree with Biden on several other issues as well, and his current top pick for Democratic candidate is Sen. Elizabeth Warren. He did say he would vote for Biden if Biden was the Democratic nominee.

Biden said after the event that he had been trying to keep the situation under control.

“I didn’t lose my temper, what I wanted to do was shut this down,” he told reporters. “You saw the reaction of all the people here, you saw the response.”

Asked how he would push back on the Trump-driven narrative about Ukraine, Biden said he would not. “I’m going to keep the focus on Trump,” he said. “This is the game he plays all the time.”

“Every major leader has said Biden did the right thing” in Ukraine, he added.

Biden is in the middle of the sixth day of a weeklong bus trip through Iowa, with multiple events on most days.