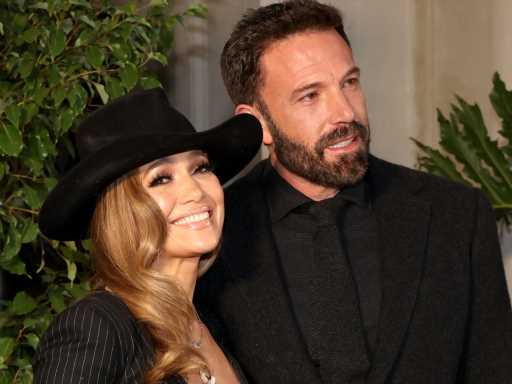 Jennifer Lopez and Ben Affleck‘s rekindled love is sweet, and it only gets sweeter. In Lopez’s latest tell-all interview with Zane Lowe on Apple Music 1, the “On the Floor” singer opened up about her and Affleck’s relationship, and the special message he tells her to reassure her of their bond.

At one point in the talk, Lopez shared that engraved in her engagement ring is the message “not.going.anywhere.” The three-word text also happens to be the name of track six in Lopez’s new album This Is Me…Now.

“In one of the songs that I wrote for the album, which is on the inside of this ring right here, my engagement ring that he gave me, it says, ‘Not period, going period, anywhere period,’” Lopez said, noting that her previous ring from him had “Sing” engraved. She explained of the new ring’s message, “That’s how he would sign his emails when we started talking again. Like, ‘Don’t worry.’”

Inspired by the message, Lopez wrote the new album’s song.

Also in the interview, the mom of two (and new stepmom of three), opened up about writing this new project, her first vulnerable and full album since her 2002 album This Is Me… Then. Back then, Lopez and Affleck were also together.

“The reason that we’re here is because I want to capture this moment in time because it’s even better than the first time,” Lopez told her team as they began working on the new project, out in 2023. 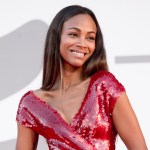 Lopez added, “When I’m in love is when I’m inspired.”

Indeed these two lovebirds seem to have finally made it work for good this time. Watching this interview, it’s clear that neither of them are going anywhere.

Before you go, click here to see celebrity couples who famously broke up and got back together.