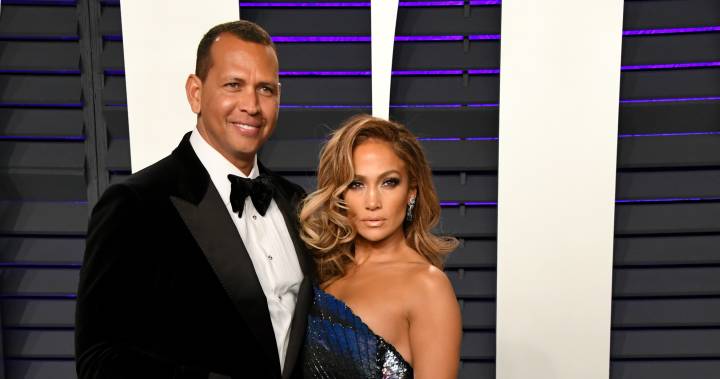 The couple posted an Instagram photo of their hands with a massive engagement ring on Lopez’s ring finger. The former Yankees shortstop captioned his photo with “she said yes” and a heart emoji.

The couple has been dating since early 2017 and later that year landed on the cover of Vanity Fair magazine with their celebrity couple nickname, J-Rod.

In January, Rodriguez told the Associated Press that he and Lopez had similar backgrounds and her latest film Second Act reflected the ties that drew them together.

“It really resembles a lot of the arc that Jennifer and I lived in our life: Both born in New York, both come from immigrant parents, both have two children, both Latino Americano — her from Puerto Rico, me from Dominican Republic. We’ve been through our ups and downs, but here we are in our 40s and trying to live the best lives possible and, at the same time, give back and pay it forward,” Rodriguez said.

Many fans and friends of the newly engaged couple took to Twitter to congratulate the pair.

This will be the singer’s fourth marriage and Rodriguez’s second. Each has two children from previous marriages.

Lopez was first married to Ojani Noa from 1997-1998. She sued Noa to stop him from publishing a book about their marriage in 2006.

Lopez married Cris Judd, her former backup-dancer, in 2001, following the end of her relationship with Diddy.

The two were married for a little over a year before getting divorced in 2002.

Lopez was engaged to actor Ben Affleck, just a few months after her divorce from Judd. The pair was supposed to tie the knot in September 2003, but postponed their wedding day. They split in 2004.

Lopez married five-time Latin Grammy Award winner Marc Anthony six months after her break-up with Affleck in 2004. They are parents to twins Max and Emme, who were born in 2007.

The pair announced their split in 2011, and Anthony filed for a divorce in 2012. Their divorce was finalized in 2014.

Singer/actress Jennifer Lopez (L) and singer Marc Anthony appear during the finale of the Q’Viva! The Chosen Live show at the Mandalay Bay Events Center on May 26, 2012, in Las Vegas, Nevada. (Photo by Ethan Miller/Getty Images)