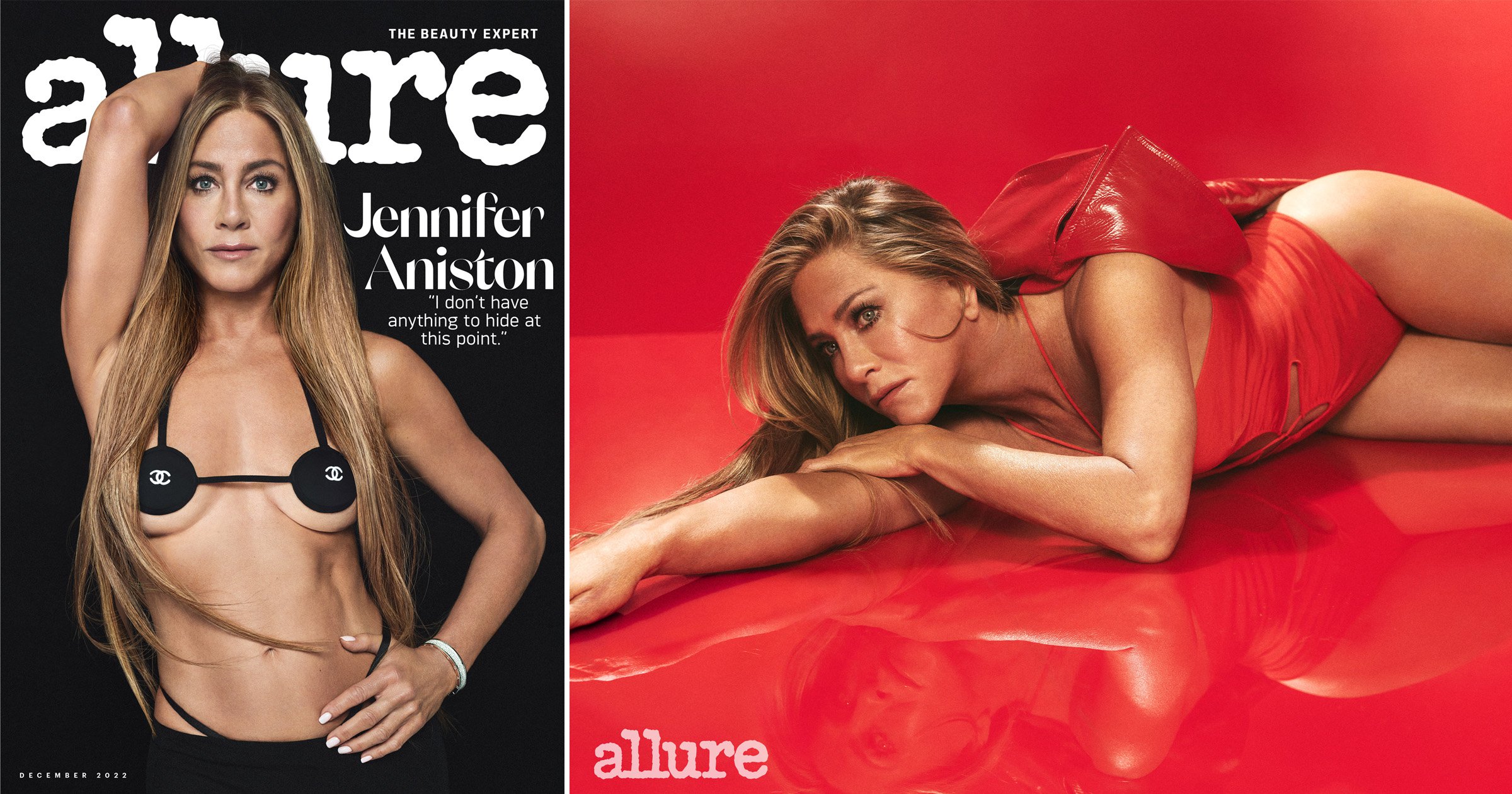 Jennifer Aniston has declared that she doesn’t ‘f**king care’ after slaying her latest photoshoot, and we couldn’t love her more.

The Friends actress donned a Chanel bikini, that has been dubbed the nipplekini, for her cover shoot for Allure Magazine, making us all do a double-take.

In one picture, the 53-year-old opted for a Gucci thong, while choosing a light gold bra-top by Isa Boulder and Balmain trousers in another snap, coupled with a giant Dior belt.

It’s safe to say that she was glowing in front of the camera, and fans were living for the final products, sharing their delight on social media.

Everyone except Piers Morgan, that is, who branded the entire thing ‘sooo tacky’ on Twitter.

Thankfully, most people didn’t agree with him and instead heaped praise on the Hollywood icon.

‘I am beyond moved and I hope she knows the joy and happiness she has brought to so many. Arise you beautiful Phoenix.’

One questioned: ‘Is she trying to kill us with these photos or what????’

Jennifer has been a staple of our screens since she first made her debut in Friends, in 1994, alongside her fellow co-stars – Courteney Cox, Lisa Kudrow, Matthew Perry, David Schwimmer and Matt LeBlanc.

She has lived her life in the spotlight, going through every high and low with the public following her every move.

Speaking about her current mindset in a very candid chat with the outlet, the Morning Show star insisted that she feels her very best at the moment.

‘I would say my late 30s, 40s, I’d gone through really hard s**t, and if it wasn’t for going through that, I would’ve never become who I was meant to be.

‘That’s why I have such gratitude for all those s***ty things. Otherwise, I would’ve been stuck being this person that was so fearful, so nervous, so unsure of who they were.