LONDON — What happens to a novel’s characters when their author abandons them? This was the question the British playwright Laura Wade wanted to solve in bringing “The Watsons,” an unfinished novel by Jane Austen, to the stage.

Written in 1804-5, the story of the young Emma Watson, who returns to her struggling family after being raised by a rich aunt, is just 17,500 words long. The manuscript is the only one Austen gave up writing. Perhaps the story was too close to the bone. Struggles in Austen’s own life — a death in the family, encroaching poverty and diminishing chances of marriage — mirrored those of the book’s characters.

But, equally, Austen might just have been suffering from writer’s block. Was the fact she abandoned it a warning to a would-be adapter? “It should have been!” Ms. Wade said in a recent interview in London. When she began working on the play, she frequently “stalled” when trying to continue the story, she said.

The playwright, best known for “Posh,” which was a hit when it was staged at the Royal Court here in 2010 and was later made into the 2014 movie “The Riot Club,” has been working on this adaptation for over a decade. Her playful new version opened at the Chichester Festival Theater, in southeast England, on Saturday. Ms. Wade’s partner, Samuel West, is the director.

Initially, a producer approached Ms. Wade about making a play from one of Austen’s novels, but she wasn’t interested in “just another rattle through ‘Pride and Prejudice,’ ” she said. When she found “The Watsons” in a collection of Austen’s unpublished works, however, it caught her interest. To finish it, Ms. Wade said, she not only had to “think into this writer’s brain across 200 years,” but also find a happy ending that works in 2018. 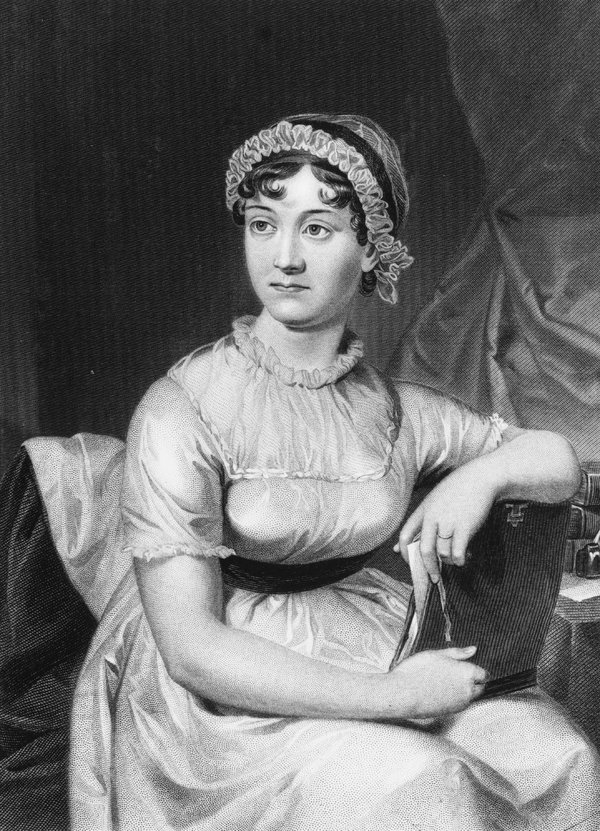 The first half of the show largely follows Austen’s original material, lifting much of its dialogue directly. The young Emma returns to the Watson family, where her father is gravely ill. She and her three older sisters know they must get married to be financially secure, but, though Emma catches the eye of the wealthy and arrogant Lord Osborne, as well as the pious but boring Mr. Howard, neither seem terribly attractive options.

“I found it quite frustrating, trying to find the right outcome for Emma — to try to give this young woman a future from a fairly bleak opening,” Ms. Wade said.

Mr. West, the director, said in a telephone interview from Chichester, that Austen had written “herself into a hole.”

Ms. Wade’s solution was to imagine what Austen’s characters would have done if they had the same opportunities as women today: Suddenly, new relationship and career options open up for the Watsons when they are no longer corseted by class, wealth or gender.

“I knew I wanted to do something meta-theatrical with it,” Ms. Wade added. “I don’t want to give the game away, but it does go a bit bonkers, a bit Pirandellian,” she said, referring to Luigi Pirandello, and his 1921 play “Six Characters in Search of an Author,” in which fictional characters storm a theater, demanding their story be told.

In the novel, Mr. Watson is seriously unwell; while writing it, Austen’s father died. His death threw the Austen women on hard times and, at 29, she was also facing the fact that she would likely remain a spinster — just like Elizabeth Watson, the older sister in the novel.

“One of Austen’s nieces subsequently said events in her own life came too close to what she was writing,” Kathryn Sutherland, emeritus professor in English at Oxford University, said in an interview. “It gets quite dark, the story, and coincidentally, her own life gets darker too. It’s a story of dispossession, and in the course of writing it she becomes more dispossessed. Perhaps it was too painful to continue.”

“The Watsons,” is significant in Austen’s oeuvre because it contains a move toward darker, more cynical material, as well as character types and situations that she returned to in later works, Professor Sutherland said.

“This idea of a girl who is looking for a home becomes a motif that runs through later Austen novels,” she added, giving the examples of Fanny Price in “Mansfield Park” and Anne Elliot in “Persuasion” The haughty Lord Osborne is obviously a trial run for Mr. Darcy in “Pride and Prejudice,” she added.

Ms. Wade is not the first writer to try to finish “The Watsons.” In 1850, Austen’s niece Catherine Hubback wrote a novel that continues the tale. Hubback’s granddaughter, Edith Brown, had a go in 1928, and in 1996 Joan Aiken, a British writer of children’s books and ghost stories, also wrote a new version.

“I don’t think the previous adaptations and continuations are terribly good, to be honest,” Professor Sutherland said, adding that Ms. Wade was doing “something rather different. There is something satisfying about her critiquing the Austen world, and bringing it up-to-date, in a witty way.”

For Ms. Wade, however, tussling with the characters and their deceased creator has been difficult at times. “It can be daunting dealing with material you’re in love with,” she said.

There is also the pressure of living up to the expectations of the army of dedicated fans who prop up the Jane Austen industry, which extends from modern riffs like “The Jane Austen Book Club” to genre mash-ups such as “Pride and Prejudice and Zombies,” as well as Austen-themed cruises, Austen-quote T-shirts, and Austen-style festivals, where participants dress in Regency costume.

“I’m imagining a first night, looking out into the audience, and it’s all bonnets,” Ms. Wade joked. The play was “written from huge affection,” she added. “I hope the die-hard fans will enjoy it.”

If they don’t, maybe they’re not familiar with Austen’s juvenile works, which Professor Sutherland said revealed a spirit of mischief similar to the one found in the play. The young writer produced “spoof stories” in which the normal social order is overturned, she said, giving the example of “Jack and Alice,” where Jack gets killed off to allow his sister to inherit a fortune — not something that could actually have happened in the early 1790s.

Ms. Wade, Professor Sutherland said, was using “the spirit of the teenage Jane Austen to get the older Jane Austen out of the hole she’s dug herself into.”