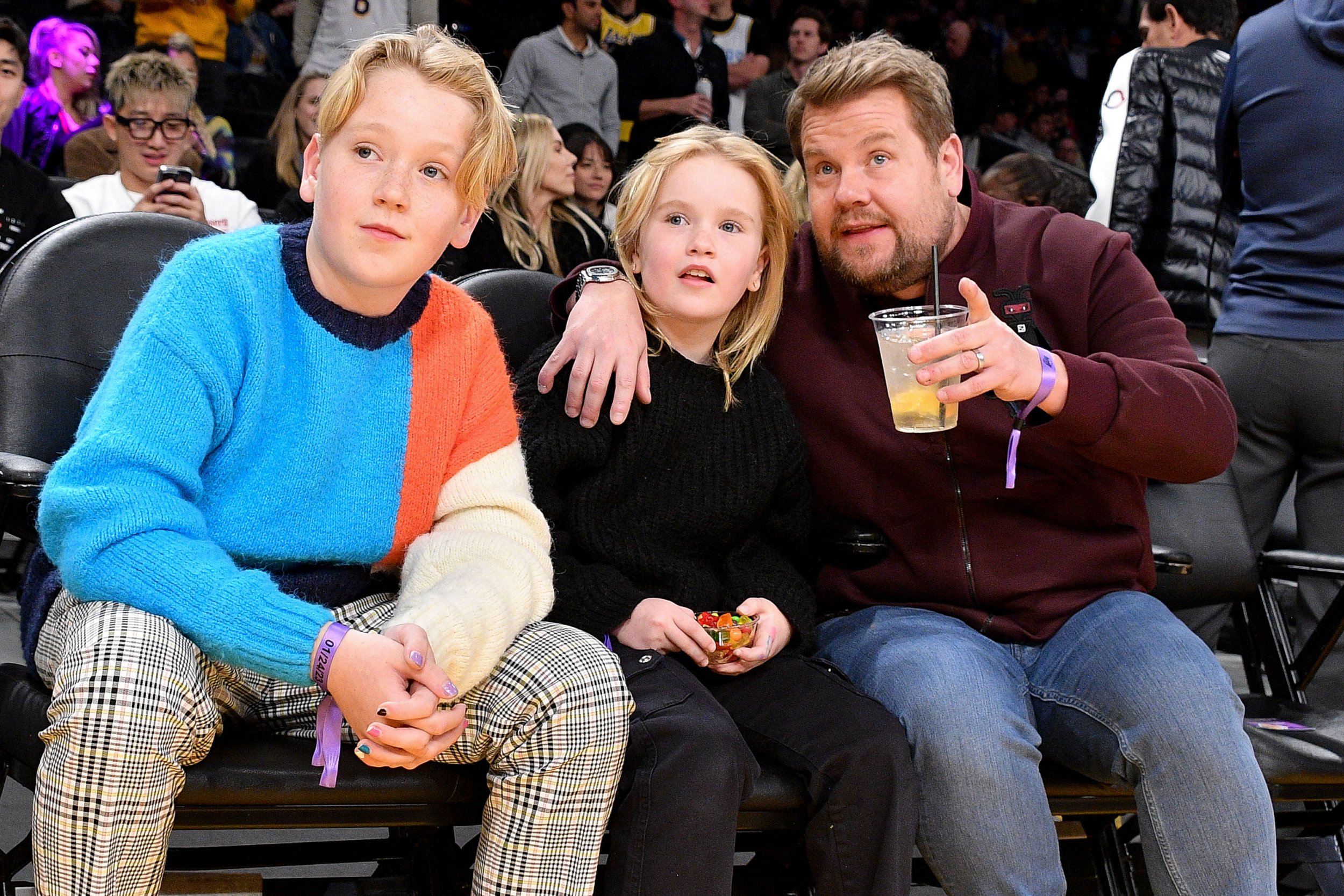 James Corden treated his two eldest children to court-side seats at a Los Angeles Lakers basketball game on Tuesday, before the family head back to live in the UK.

The 44-year-old late-night talk show host was snapped enjoying time with his 11-year-old son Max and eight-year-old daughter Carey at the Crypto.com Arena where the team were taking on rivals Los Angeles Clippers.

Their family day out came just days after the famous comedian revealed his decision to move back to his native country was driven by his son.

James decided to end his time in the glitzy American city after having a conversation with his son.

Following their chat, the presenter announced he will be heading back to England with his wife Julia Carey to raise their family – which also includes their five-year-old daughter Charlotte.

The father-of-three wore a casual outfit to watch the sports game and donned a maroon bomber jacket over blue jeans.

Laughing and joking with his young children, the host was all smiles and sported a scruffy beard amid his preparation to move home.

During the evening, he also posed for pictures with Kris Jenner’s partner Corey Gamble and NBA legend Dwyane Wade while chatting with them courtside.

James’s offspring were jovial and couldn’t contain their excitement at the event as they jumped up and down from their seats.

His son Max was seen cheering for the ballers in a multi-coloured jumper, checked clashing trousers and a pair of black and white Nike trainers.

Carey – his eldest daughter – was also elated in the crowd as she whooped and cheered, wearing a blue t-shirt with white polka dots, grey trainers and a pair of black trousers.

The Late Late Show host made the shock announcement that he was leaving LA and the CBS show in April 2022 and revealed the final episode would air sometime in mid-2023.

He said: ‘Look it’s not easy in any way to walk away from something that is so… I mean I’ll never work in a better environment than the one I work in now.

‘Nothing about leaving the show was to do with not enjoying it.

‘I love it, but the truth is it became a very easy decision because I always knew it was an adventure and I never ever considered it to be the final destination.’

A finale date for James’s last episode has yet to be announced.