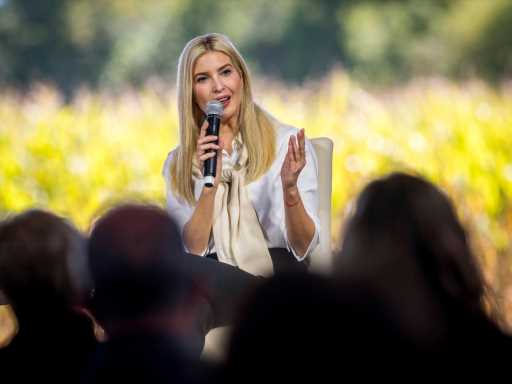 When you’re Ivanka Trump, deciding to opt out completely from your dad’s presidential campaign is a big deal. She and husband Jared Kushner were Donald Trump’s sounding board when he was in the White House, but it sounds like it wasn’t a fun time for Ivanka.

Her decision to stay far away from the former president’s third run for office, despite his pleas for her to return, was an easy one for her. She had “a rotten time toward the end of her dad’s reign” because “the whole family was put through the wringer by the messy way it all ended,” according to an Us Weekly source. ““She saw firsthand how vicious and toxic the backbiting was and still is, and by the time came for her to step away she couldn’t do so fast enough,” the insider added.

Perhaps Jan. 6, 2021, was the nail in the coffin for Ivanka, as it was reported that she was the go-to person for senior aides to try and talk some sense into Donald Trump. The last few months in office were tumultuous enough that Ivanka didn’t even entertain the idea with helping her dad out — not even for a moment. “Her priority is to pursue a calm, low-key life now and enjoy her new professional start in the private sector, raise her family and stay away from the circus and volatility that will surely be coming along with her dad’s campaign,” they noted.

Ivanka has made it clear that there is no bad blood between her and her father, it’s just that her priorities are different this time around. She and Kushner are doing their best to rebuild the cushy socialite life they formerly had in New York City, but it’s very hard for many people to forget their complicity in Donald Trump’s administration. 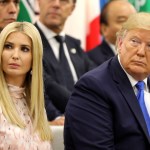