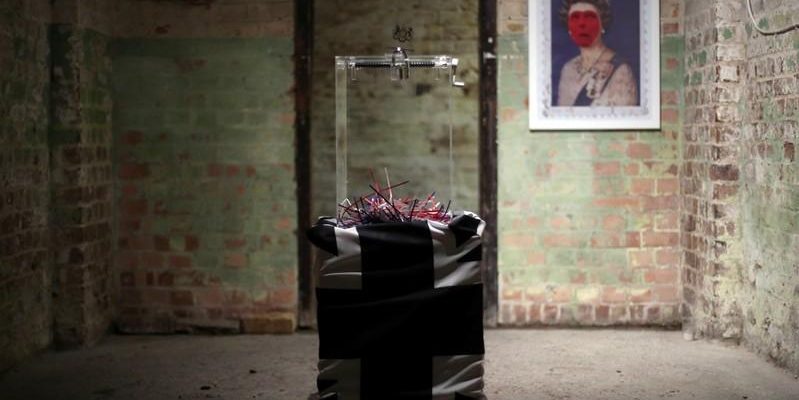 LONDON (Reuters) – From Brexit-inspired art to newspaper front pages leading up to Britain’s 2016 referendum on European Union membership, a new London exhibition takes a look at the vote that has divided the nation ever since. 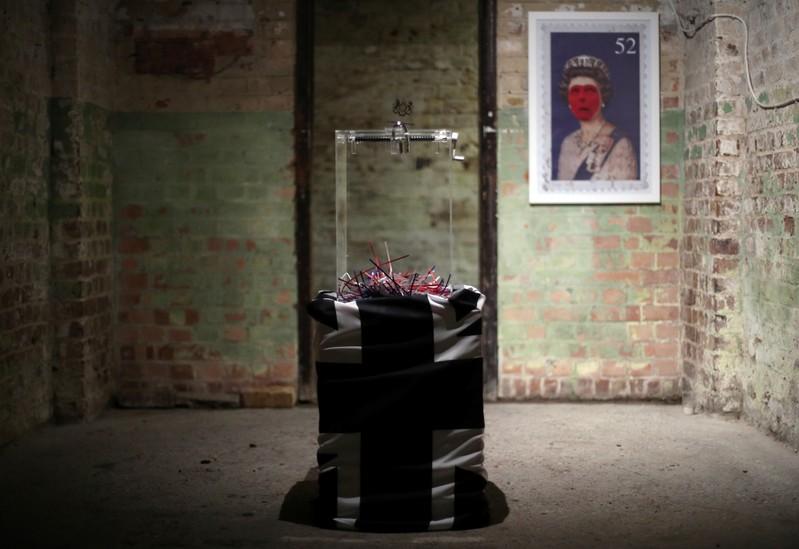 Dozens of artworks and newspaper headlines dating from the run-up to when Britons voted to leave the EU are on display at the “Take Back Control” exhibition.

The title reflects a “Leave” campaign slogan, but artworks both in favor of and against staying in the EU are on display along with the media coverage.

“It’s a chance to relive the gut-wrenching excitement of the referendum vote week through newspapers and artivists,” said the exhibition curator and artist, who goes by the single name Bryden.

“It gives us an opportunity to reflect on what’s happening now through what happened then.”

On display are a “Strong and stable my arse” poster by Turner Prize winner Jeremy Deller – a reference to Prime Minister Theresa May’s “strong and stable” 2017 election campaign theme, as well as a mock exit sign reading “Brexit” by artist Guy Morris.

Other exhibits include “What if Voting Changed Everything?” by David Dunnico – a ballot box with shredded white, blue and red paper, and papier maché works of various anti-EU newspapers by Bryden.

The exhibition, which runs until March 24, is open at a time of political chaos in Britain just weeks ahead of the date it is supposed to leave the bloc, March 29.

On Thursday, after three turbulent days of votes, Britain’s parliament voted to seek a delay to Brexit unless it can agree next week, at the third attempt, to a divorce deal negotiated by Prime Minister Theresa May.

“I think both sides need to start from a foundation of hope and excitement for the future, as opposed to this constant bickering between both sides,” Bryden said.