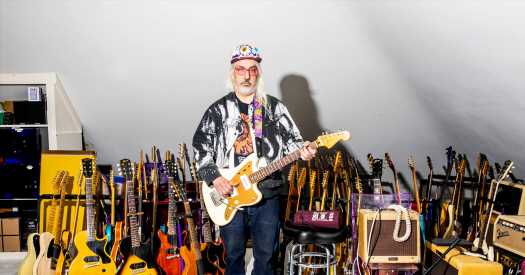 Like many musicians, J Mascis, the leader of the stalwart alt-rock band Dinosaur Jr., has struggled through a year without touring.

“I’ve never been home this long since, like, high school,” Mascis said in a phone interview from his home in western Massachusetts. “To have no idea when or if you can do anything again, just sitting around,” he added, trailing off. “My mental health has definitely suffered.”

But a few weeks ago, Dinosaur Jr. took a step toward normalcy by announcing an extensive fall tour, with a handful of warm-up dates booked for as early as May.

“We’re not naïve; we know we might have to reschedule,” Mascis said. “But just to have something on the books somehow makes things a bit more hopeful.”

After a grueling year, blocked from what is often their most vital income stream, musicians are impatient to get back on the road, and fans are eager to experience live music again. While large-scale shows at arenas and stadiums may not come back full-throttle until 2022, promoters and talent agents, encouraged by the speed of vaccinations, have begun laying the groundwork for what may be a surprisingly busy summer and fall of concerts at clubs, theaters and outdoor spaces. 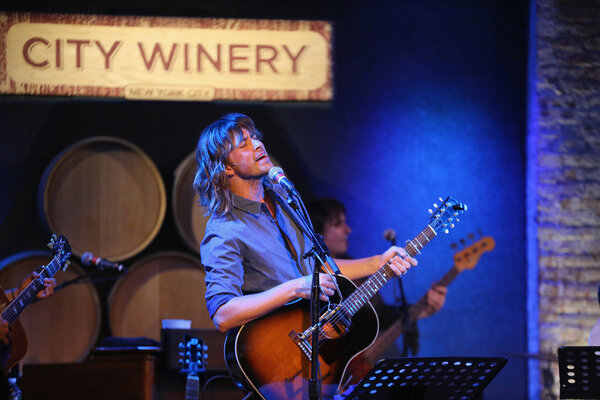 For now, there may be just a trickle of events. Starting Friday, New York State will allow entertainment venues to reopen at 33 percent of their regular capacity, up to 100 people for indoor spaces. Throughout the country, rules from local governments have kept many clubs and theaters closed, or allowed them to operate at reduced capacities — which for many of those places does not allow enough business to cover the basic costs of operating and of paying artists and employees, said Audrey Fix Schaefer of the 9:30 Club in Washington.

“The only thing worse than being totally shuttered is being partially reopened,” said Fix Schaefer, who is also the communications director for the National Independent Venue Association.

But many artists are said to be planning tour announcements soon, and hungry venue owners — buoyed by the prospect of $10 billion in federal relief through the Shuttered Venue Operators Grant fund, which they can apply for starting April 8 — are eager for the business.

The relative handful of clubs and theaters set to reopen in the spring are doing so with altered seating plans, temperature checks and adjusted financial deals with performers. A recent rock concert in Spain, with extensive Covid-19 protections, drew 5,000 fans. These events are being watched closely by the concert industry, which went into 2020 anticipating its biggest year ever but ended up losing nearly $10 billion in box office revenue, according to data collected by Pollstar, a trade publication.

City Winery, a restaurant and concert venue on Pier 57, on the West Side of Manhattan, is reopening Saturday with a performance by the singer-songwriter Rhett Miller; it has been gradually filling out a calendar of socially distanced shows, confirming some just days ago. (Rufus Wainwright, Steve Earle, Patti Smith and Stephin Merritt of Magnetic Fields are among those on the calendar.) Tables have been arranged to allow space between parties, and patrons, who must wear masks when not seated, will get their temperatures checked upon entry.

“Even if it’s for 100 people, it takes on such a significance to be putting on a show,” said Michael Dorf, the venue’s founder. “It feels like a sacred job, putting on culture.”

Miller, a regular performer at the dozen City Winery spots around the country, said that he had struggled with the forced grounding from Covid-19, though he also noted the silver lining of spending more time with his family. The idea of playing live again, he said, both excites and terrifies him.

“I’ve been dreaming about it night after night, climbing up on a stage in front of people,” Miller said. “The dreams are fraught and weird. Half the time I’m trying to sing through a mask, or I’m in trouble for not wearing a mask.”

Major tours, which typically require months of planning and the hiring of a large crew of workers, have largely punted to next year or even 2023. That should make the next couple of years an extraordinary time for live music, with dozens of superstar acts planning to reschedule postponed tours and make up for lost time. But it may also be a test of touring infrastructure and of fans’ willingness to buy tickets to multiple high-profile shows.

“The amount of stadium activity in 2022 is something I’ve never experienced,” said Jay Marciano, the chairman of AEG Presents, one of the industry’s biggest promoters and venue operators. “Over a dozen major artists are actively holding real estate for next year.”

The fate of summer festivals, an important bellwether, is still uncertain. Some, like the Newport jazz and folk festivals, in Rhode Island, are planning to go on this year, with reduced capacities. Bonnaroo, in rural Tennessee, is planned for September, with Megan Thee Stallion, Lizzo, Foo Fighters and others; Summerfest in Milwaukee, a major urban concert series, is also planned for September. But whether Lollapalooza in Chicago will go forward is unclear.

In New York, a smattering of clubs are also planning shows, like Bowery Electric and the Bitter End. But the majority are holding out for when they can reopen at full capacity, or close to it, many proprietors said. The industry has been placing its bets on summer or fall for that.

Still, many artists and promoters report watching every news blip about infection spikes and virus variants with trepidation.

The British electronic duo Jungle has announced a fall tour at large clubs like Brooklyn Steel in New York and the Anthem in Washington. Sam Denniston, the group’s manager, said that all signs have pointed toward that being feasible, as millions more people get vaccinated and more venues fully reopen. Yet uncertainty about the pandemic means that anything could happen.

“It’s kind of like penguins sitting on the edge of a cliff, and they push one in to see if there’s a killer whale in the water,” Denniston said. “I kind of feel like we’re that first penguin. But someone’s got to take the risk.”

While stadium-sized artists are counting on the pandemic coming under control and the full revival of a mothballed industry by the time they hit the road, for many others below the superstar level, a year without shows has simply been long enough.

“I don’t know if I can wait another six months to a year,” Miller said, “to do my job again.”