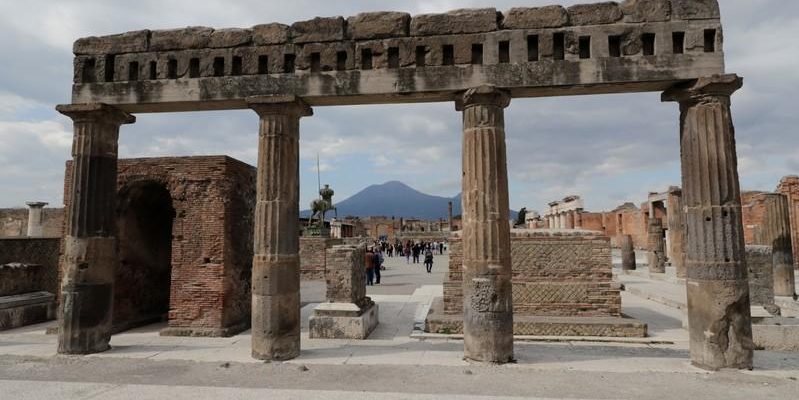 POMPEII, Italy (Reuters) – Nearly 2,000 years after Pompeii was destroyed by a volcanic eruption, the ancient Roman city is still giving up its long-buried secrets. 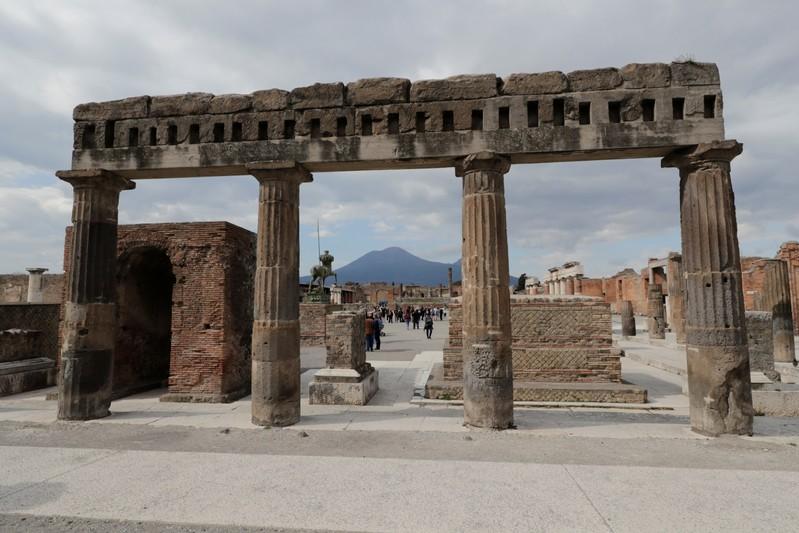 Fantastic frescos, preserved mosaics and obscene graffiti are just some of the discoveries emerging from the largest archaeological dig at the site since the 1950s.

As teams of construction workers shore up mounds of earth pressing down on the excavated areas to prevent them crushing the ruins, archaeologists and conservationists are busy restoring newly discovered art and bolstering fragile walls.

The burst of activity marks the final stages of the “Great Pompeii Project”, launched in 2012 after a spate of cave-ins, with the European Union and Italian state handing over 105 million euros ($118 million) to halt the decay.

“The risk of collapse, of serious damage is past. Now Pompeii is quite safe,” said Francesco Muscolino, 42, an archaeologist working on the program.

Pompeii was submerged by volcanic ash when Mount Vesuvius exploded in AD 79, killing thousands of Romans who had no idea they were living beneath one of Europe’s biggest volcanoes.

Memory of the catastrophe faded over time and it was not until 1748 that any meaningful exploration was undertaken. More systematic excavations were launched the following century, but by the end of the 20th century, neglect, lack of funds and repeated flooding were taking a heavy toll.

In 2010, less than 15 percent of the excavated area was accessible to tourists, wild dogs roamed the paved streets, and only 10 buildings were open, against 64 in 1956.

Today, around 70 percent of the uncovered city is accessible and more than 30 fully restored buildings can be visited.

The improved access has helped lift tourist numbers, with some 3.5 million people coming to Pompeii last year, an increase of one million in just a decade. Even more visitors are expected as the latest finds are gradually unveiled to the public.

Among the highlights are a fresco of the Greek mythological figure Narcissus leaning languidly on a block of stone and staring down at his own reflection in a pool of water.

In the same house, archaeologists found a small, exquisite wall painting portraying the seduction of the Spartan queen Leda by the Greek God Zeus, disguised as a swan.

“It was wonderful because it is very beautiful and in very good condition,” said Stefania Giudice, one of the conservationists tasked with preserving the new discoveries.

The fresco’s bright colors have already faded since the ash and pumice were painstakingly removed last year as moisture on the surface of the wall dried out, dulling the rich tones.

“We will clean it and protect it and get the beautiful colors back,” Giudice said, predicting that the fresco-rich house, still partially buried, would be opened to the public within one or two years as new tourist routes were laid out.

Perhaps one of the most significant finds was the least spectacular at first sight – a brief charcoal inscription which cites the date Oct. 17 written in the hallway of a grand house where at least six bodies were also discovered.

Archaeologists believe the faint note might have been written just before the eruption, meaning the disaster probably struck two months later than previously thought.

Muscolino predicted it would take many years for scholars to assimilate and interpret all the material recovered in recent months, with trays of delicate glass, fresco fragments, plaster moldings, coins and amphora stored away for future research.

More than 270 years after the first serious excavations began, a third of the city, which covers roughly 165 acres (66.77 hectares), remains buried and unexplored. 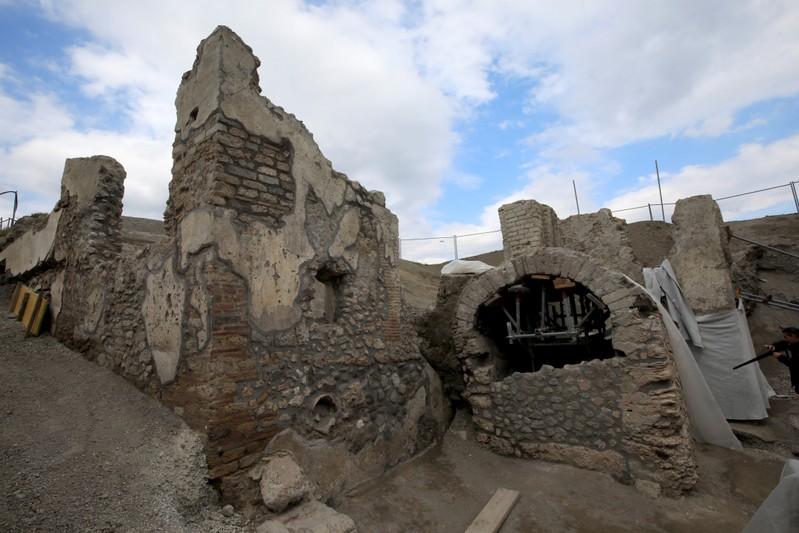 But there are no plans for further, major digs after this latest project ends, with the emphasis now on conservation.

“Excavations are like having children. You have to take care of them. You can’t just abandon what you find and move on to the next thing,” said Giudice. “It is a real responsibility.”