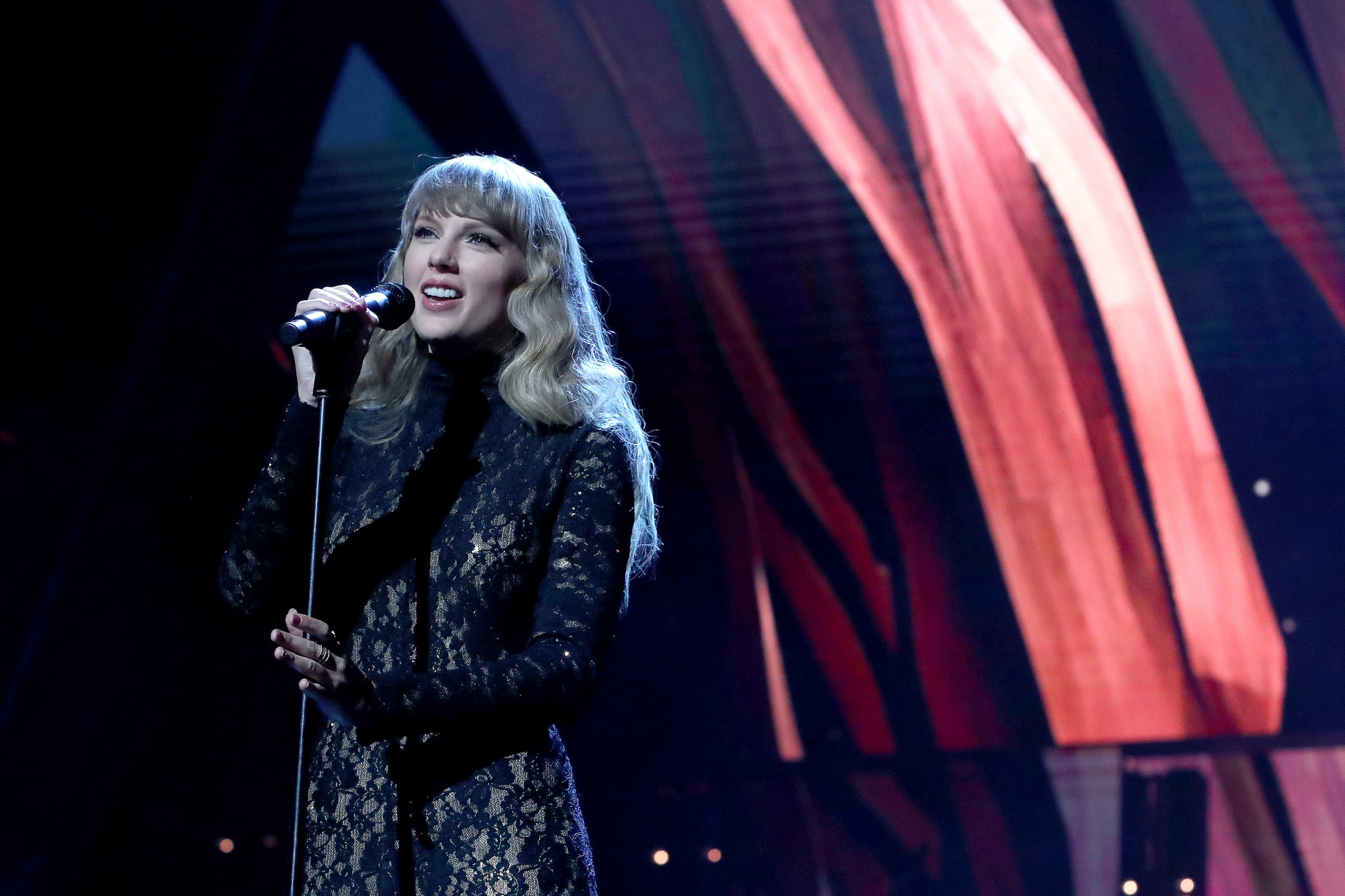 Image Source: Getty / Kevin Kane
Taylor Swift is the gift that keeps on giving this holiday season. The singer celebrated getting an album of the year Grammy nomination for Evermore by posting an unseen video of her singing the song alongside Aaron Dessner as he played the piano. The black and white clip shows Swift sitting on the floor in what appears to be the wedding dress she wore in the music video for “I Bet You Think About Me” featuring Chris Stapleton. Easter eggs everywhere!

“NO PROBLEMS TODAY JUST CHAMPAGNE I wanted to share this video with you from when @aaron_dessner and I were doing our fittings for the video and there was a piano, so ofc this happened,” Swift tweeted alongside the video, adding. “SO stoked evermore has been honored like this. Congrats to all our fellow nominees #GRAMMYs.”

Swift has been gifting her fans with the Red (Taylor’s Version) album, several versions of “All Too Well (Taylor’s Version),” a music video and short film tied to the LP, and recently, a rerecord of “Christmas Tree Farm.” So does that mean we should be on the lookout for a music video for “Champagne Problems”? Please say yes. Watch the video below!