A TikTok trend says so, but experts aren’t so sure. 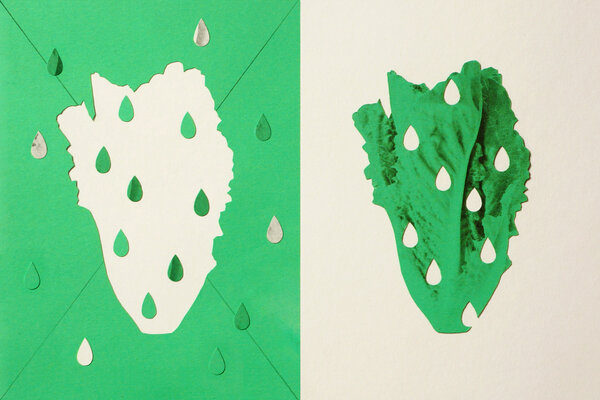 In a TikTok video from May, a 21-year-old woman in London shoves a clump of lettuce leaves into a Superman mug, steeps them in hot water (with a peppermint tea bag, for taste) and drinks it. “Update, I do feel slightly drowsy,” she records herself saying from a reclined position later on. “Another update, lettuce has crack because your sis is gone,” she adds again, looking like she’s on the verge of falling asleep.

The #lettucewater hashtag on TikTok has spawned hundreds of videos and garnered more than 31 million views, as many people — some bored and curious, some desperate for a sleep hack — try the trend. An influencer in Washington State says she can barely keep her eyes open an hour after drinking the concoction. A man in Ontario says the same, claiming that a cup of “lettuce water” allowed him to sleep for nine hours straight.

Proponents on social media concur that steeping a handful of lettuce leaves for several minutes in boiling water, then drinking the liquid, can help you fall asleep faster — and stay asleep longer. But doctors and sleep experts say these claims are unsubstantiated.

“This is a pretty easy thing to try, it’s pretty harmless,” said Michelle Drerup, director of the behavioral sleep medicine program at the Cleveland Clinic Sleep Disorders Center. “But unfortunately, it doesn’t have any evidence or merit behind it.”

No studies have shown that eating (or steeping) lettuce you buy in the grocery store can help you fall asleep, Dr. Drerup said. But it’s understandable why people think it might.

Lettuce has been used in folk medicine as a natural sedative and pain reliever for centuries. During the 19th century, for instance, some doctors used lactucarium — a dried, hardened form of a bitter, milky juice secreted by wild lettuce — as a sedative, or combined lettuce with other ingredients (like opium and hemlock, a poisonous flowering plant) to make dwale, an herbal anaesthetic.

Dr. Drerup said that the TikTok trend may have stemmed from a 2017 Korean study in mice, which she has seen people cite in videos. In the study, researchers reported that after feeding young mice a concentrated extract of lettuce seeds and leaves and pentobarbital (a sedative), some slept as much as about 20 minutes longer than mice that were fed just the pentobarbital. But Dr. Drerup said that the study had many limitations, including the fact that the lettuce extracts were tested alongside a sleep-inducing drug. Not to mention, mice aren’t humans. “It doesn’t really support the hypothesis of the lettuce water doing anything,” Dr. Drerup said.

There have been a handful of other animal and human studies — none on lettuce water itself — showing an association between lettuce seed and its extracts and reduced symptoms of insomnia, including one in pregnant women, but they don’t provide strong enough evidence to prove lettuce can help with sleep, Dr. Drerup said. And even if there were a sedative component in conventional lettuce, boiling a few leaves would not release enough extract to have an effect on you, she added. “You’d probably have to have a truckful.”

There is some limited evidence that wild lettuce — a medicinal plant found growing in sunny spots around the world and sometimes sold in tincture, powder, oil or pill form — has sedative and pain-relieving effects. But keep in mind that ingesting it raw is toxic to humans, said Marie-Pierre St-Onge, an associate professor of nutritional medicine at Columbia University Medical Center and the director of the Sleep Center of Excellence at Columbia. “It is a sedative, but it’s not something you’d want to be consuming in large doses,” she said, and wild lettuce is entirely different from the leaves people steep in hot water on TikTok.

Is This A Scam?