Every traveler knows that some of the most moving and profound encounters she has in a foreign land aren’t with the living, but the dead. There’s something about having your equilibrium upset that makes the past seem closer, more accessible, and understanding that you’re walking atop the same ramparts, or down the same medina alleys, or over the same packed-earth streets as travelers from a century, two centuries, millennia ago, makes you feel both less consequential and, at the same time, less alone. Here I am, you think, one person of countless millions, and although my time here is brief, I too will have joined the others by leaving my footfall on this earth.

In the months since we assigned this issue, in the summer of 2019, we’ve all had to reconsider our relationship with death. But if death itself is scary to many of us, the dead themselves shouldn’t be. Ghost stories, like folk tales and fairy tales, are one of the first ways we learn about another culture’s values and concerns, and as such, they aren’t necessarily meant to frighten — often, they’re ways to explain to ourselves the living’s unresolved matters of the heart: old ambitions, old loves, old hatreds. What happens to those feelings? Where do they go? As the three fiction writers who created an original short story for this issue suggest, a ghost is not so much a person as a personal or historical legacy, one we can’t quite make sense of but know must be addressed. 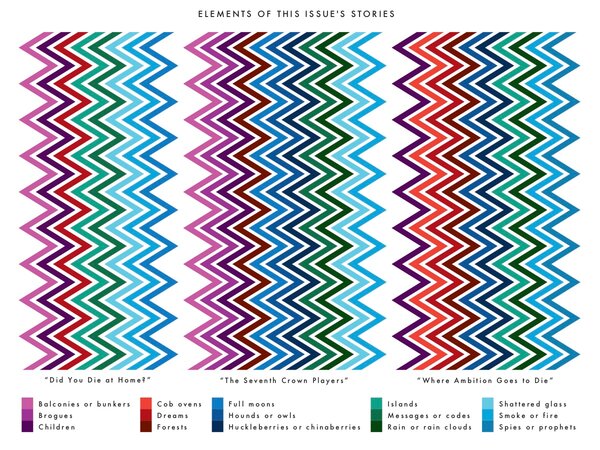 By that definition, we all live with phantoms, and some of us are even brave enough to confront them. When the artist Senga Nengudi began making her now-iconic “R.S.V.P.” sculptures in 1975, she was a new mother, fascinated by the changes pregnancy had wrought on her body. That experience inspired her series of works made from pantyhose — a humble material, but as flexible and expandable, and therefore as miraculous, as flesh — that she activated with choreography. Forty-five years later, Nengudi, who is now 77 and is finally receiving credit as a leader of both the Black Arts and performance art movements, sees the sculptures differently, as an exorcism of abuse inflicted upon her as a child. It’s not only the body, she says, but the psyche that can “stretch and come back into shape.” History lives alongside the present, always — but if we’re willing to face it, we can sometimes remap what it means, and even, yes, its very shape.