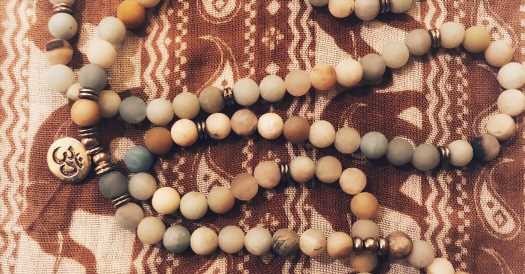 “I’m dying. I’ve been dying for the last year.” I heard her words a few weeks ago, and knew them to be true.

In summer of 2019, my friend Mel told me the brutal headaches she had been having were a brain tumor, and that she would begin treatment immediately. I felt a tilting sensation in my stomach, the kind you have when your body instinctively understands something your mind will not accept. She told me not to search for “glioblastoma” on “Dr. Google,” but I couldn’t resist. My breath caught. It was what stole John McCain and Beau Biden so quickly, their family’s grief so raw and public.

Lauryn Hill’s voice sang, “Ready or not, here I come, you can’t hide …”

We would ride around in Mel’s car at 16 years old, joking in Spanglish and listening to music, flipping between the Fugees and the Caribbean beats of merengue. We would roll the windows down and blast the music extra loud at stop lights, holding ice cream cones and fantasizing about how far away we could get from our hometown and the lives that we knew. There is something visceral and ferocious about friendships formed when you are young and rebellious.

Even as email became the way of the world, we wrote old-fashioned letters for many years, through my freshman year at college and through her basic training, and later during our time in graduate school. Mel liked the intimacy of letters, of the idea that you can better intuit someone’s mood from an errant pen stroke or coffee stain than from an email. After her diagnosis, we sent a flurry of handwritten letters between my home in Connecticut and hers in South Carolina, trying to make sense of why, before age 40, we were looking at extending her life rather than finding her a cure. She knew early on that the cancer would take her. It was simply a matter of time.

We made plans for me to visit in 2020. As I scanned flights, Covid deaths surpassed 200,000, then 250,000. Travel hopes dimmed, for both her safety and mine. The death toll in the United States is now approaching 500,000. Doctors nationwide help Covid patients say halting goodbyes to loved ones over FaceTime. Mel was receiving treatments alone, her husband barred from holding her hand or entering the facility because of Covid protocols. Around the world, those lucky enough to have family and friends by them as they die are more likely to see a mask and a face shield rather than a familiar face looking back at them. Slowly I settled into the idea that seeing Mel in person would be impossible.

A cancer death during Covid is still subject to the cruelties of the pandemic, one of which is isolation.

We decided to approach the cancer with gallows humor, and our messages and letters became what we termed “The Chronicles of Suck.” She sent me images of her procedures, of the wide staples on the side of her head that she called “the brain hole.”

We talked about different beliefs, among them the Buddhist idea of rebirth. I’ve long sought out dharmic spirituality, weaving yoga and Buddhist mantras into the Catholic tradition I was born into. We had matching strings of mala beads, and she started taking hers into M.R.I.s, rubbing them with her fingertips during the machine’s deafening tap tap tap noises. She sent me photos of her carefully manicured silver and pink fingernails, the part of her appearance she could most control. There were the massive bruises from the chemo ports, the PICC lines, the allergies to medications. Through letters and texts, she taught me both the lexicon and the topography of cancer, as the once familiar body becomes the source of “malignancy.”

The best I could do for her was to bear witness, to acknowledge how unfair it all is, to not call her a hero, a term so often used for those in cancer treatment. As I wrote this essay, she would insist, “Please don’t paint me as some kind of warrior fighter … I was drafted into this.” I have learned that warmly offered positivity can feel toxic and out of touch when you know the outcome has been decided.

Weeks ago, we entered a new phase in our friendship during her home hospice. Here, life and death are not linear. They overlap, they share space, they cede ground to one another, moment by moment. “Living” is very different when that living is an active dying. It is breath labored and slowed, lost words, a voice barely a whisper. We started sending short videos daily, to accommodate Mel’s irregular waking hours and inability to write or type.

The things you talk about when death is imminent are both mundane and transcendent.

We talked a lot about the past, because there was no future to speak of, not one that we would share, anyway. Even the present was tenuous, as our conversations were often asynchronous; what we saw of one another was no longer taking place by the time we viewed it. The lag and playback was a constant reminder of how our timelines would keep diverging, with only one of us continuing to keep time. She said “I love you” a lot, in each short video.

I think about Mel’s husband often, and how he shouldered so much alone in her last days. Caretakers are often invisible, but especially so when death is so abundant that we become numb to the numbers, to the sheer scale of it all. Death is everywhere, but most especially where they are.

In her last weeks Mel required lots of sleep, a source of frustration. “I’m sleeping my life away. I am so angry at it. People say to give your body what it needs, but it’s really hard to give yourself grace.” I think of the meaning of “grace,” of the idea of mercy and forgiveness that may be both received and given, and its link to both benediction and suffering. Grace hasn’t been easy to come by during the last year, but it is perhaps all we have to offer ourselves and to each other. Death will take what it has come for, but in between we can show and give love, offer empathy, and share time. Compassion and presence are grace we can give, the only peace to be had. Carrying the weight of one another is what we are called to do. Offering one another grace, even if we can’t give it to ourselves, is how we round the bend of this pandemic, and beyond.

In the days after her death on Feb. 8, I played the Fugees alone in my car.

“Now that I escape, sleepwalker awake, Those who could relate know the world ain’t cake.”

Life looks different when it is bookended, when you can see its beginning and end with equal clarity. I selfishly hope there is a beyond, and a way to tell me she is OK.

Ready or not, I knew Mel’s escape was near, that she would be released from the body that had betrayed her. I am the one grasping now, listening to recordings and looking at old photographs, trying to find her. Those left behind each grieve alone to a degree; the texture and contour of grief is unique to each of us. Yet ours is a time of communal sorrow and loss, of empty seats at too many tables.

I mourn not being physically present at Mel’s end, but I aspire to give myself the grace she sought as well, for the bittersweet blessing of being allowed to bear witness to the mess and beauty of a life, even if only from afar.

Lara N. Dotson-Renta is a scholar and teacher of Spanish and French Literatures, a freelance writer, and a yogi. She is exploring the intersection of faith and scholarship at Hartford Seminary.