I’m A Celebrity’s Owen Warner was absolutely thrilled by a Christmas present he received from Jill Scott.

The Hollyoaks actor was runner-up in this year’s edition of the ITV juggernaut series, while the Lioness footballer was crowned Queen of the Jungle.

The pair have clearly remained pals after bonding Down Under, with the 23-year-old on Jill’s Xmas pressies list.

The actor struggled to contain his delight as he unwrapped her ‘unreal’ gift on his Instagram Stories on Christmas Eve.

Owen revealed Jill, 35, had purchased him a football shirt with the name and signature of Leicester midfielder James Maddison.

He wrote in the caption: ‘Jill Scott’s won Christmas – can’t believe she bagged this for me. Signed shirt from the biggest baller about.’

Speaking in a short clip, Owen enthused: ‘How unreal is that? Jill has smashed it.’ 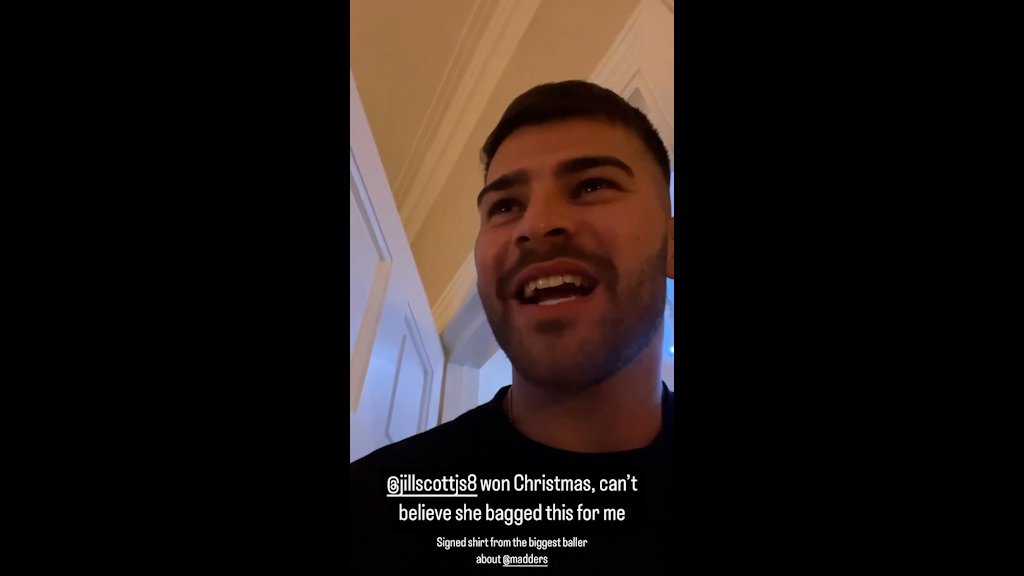 Jill is currently prepping for her wedding to partner Shelly Unitt and revealed some of her former campmates will be invited to her big day.

Speaking on The One Show in December, she told hosts Lauren Laverne and Harry Judd: ‘We haven’t set a date yet, but I think it probably came about from I’m A Celebrity, they realised that me and Shelly were engaged.’

‘So I do think we need to make a plan but they’ll definitely be some extra seats at that dinner table I think.’

‘I’ll have to invite the campmates won’t I?’

The athlete, who won I’m A Celebrity with 57.7% of the final public vote, also revealed that she is still in touch with her campmates from the series in a WhatsApp group chat.

When asked by Lauren if anyone had left the group chat, Scott replied: “I keep getting asked this, but no, everyone’s still in it.

‘For me I like being part of a team that everybody gets on, don’t waste energy having arguments, just get those stars, and that was our main focus, so everybody is still in the WhatsApp chat.’