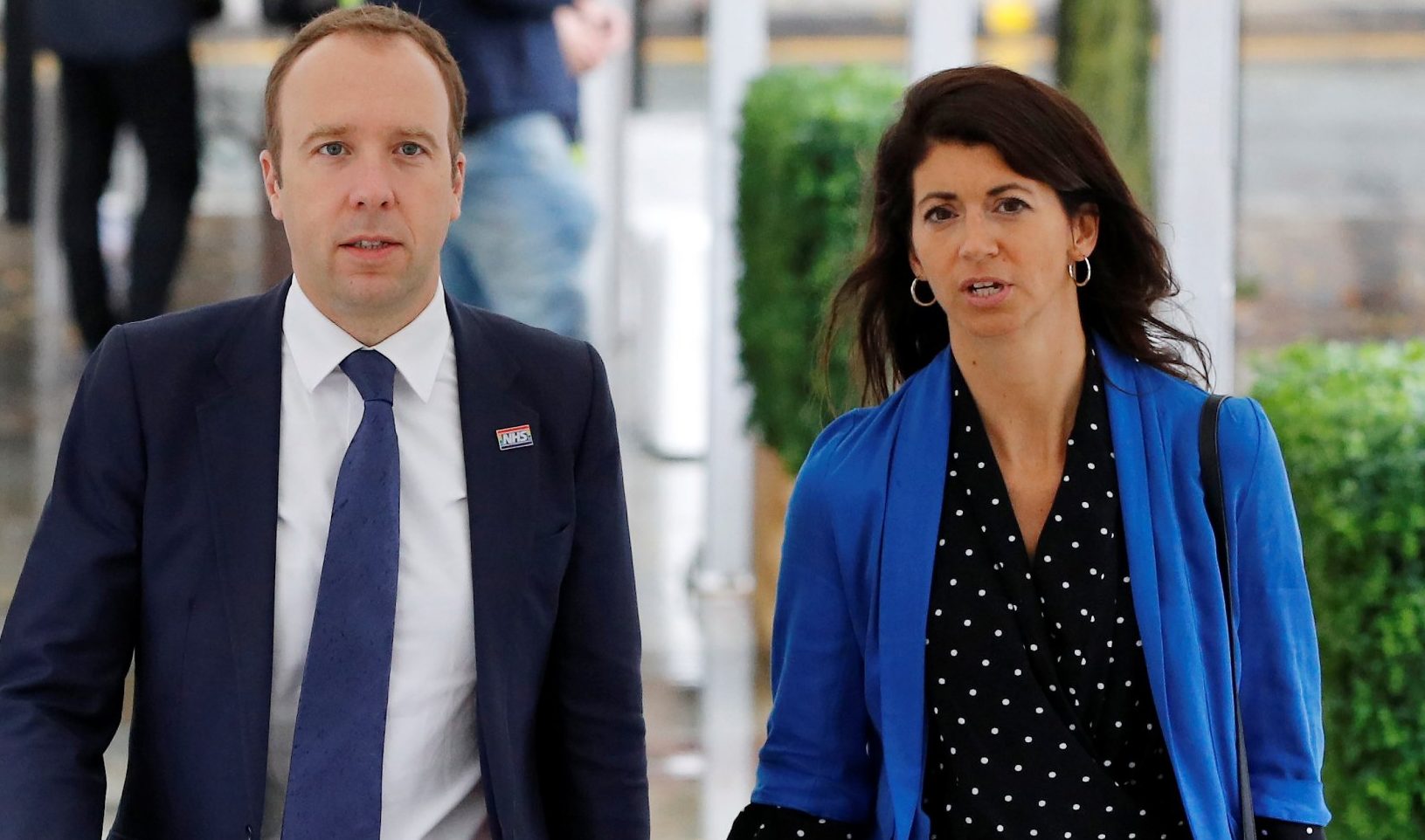 I’m A Celebrity…Get Me Out Of Here saw the celebs enjoy a very wholesome moment, when they got to read their letters from home.

The campmates faced a tricky task, which saw them having to balance blocks on a wobbly plank to win their letters, but thankfully were able to win all of the notes from their loved ones.

However, it was Matt Hancock’s letter that caught people’s attention.

The former health minister received a note from his girlfriend and former aide Gina Coladangelo, who he was caught kissing during the height of the Covid pandemic.

Shortly afterwards, he split from Martha, his wife of 15 years. He and Gina have been together ever since, and she jetted to Australia to support him.

Jill Scott read Hancock’s letter, saying: ‘Dear Matt, wow watching you in the jungle has been quite the experience. We are particularly impressed that you conquered your fear of snakes. We are less sure about the dancing. Although we saw that you almost got the electric slide thanks to Scarlette. Gina xxxxx’.

One fan wrote: ‘Idk why but Gina writing Matt’s letter is giving “scandalousssss”,’ while another added: ‘Hearing Gina’s love letter read aloud to Matt Hancock is far more vomit-inducing than anything that Mike and Jill had to drink earlier.’

One more said: ‘Matt’s letter being from Gina lmao’ while another joked: ‘I thought the letter from home might have been from Boris to Matt!.’

Meanwhile, Mike Tindall received a letter from his wife, Zara Phillips, which read: ‘Hi my love, we are missing you so much and really needing some papa hugs, but glad you’re sharing them with your campmates.

Meanwhile, Owen Warner read Jill’s letter from her partner Shelly: ‘Hi Jill it’s Shelly, I love you and miss you so much.

‘There isn’t a minute that goes by where you’re not on my mind. I love you so much and now the rest of the world does too. This is because you’re such a great person with your positive, kind and encouraging self. I’ll have a flat white waiting for you, love your biggest fans, Shelly, Evie and Hattie.’

I’m A Celebrity continues tomorrow at 9pm on ITV.