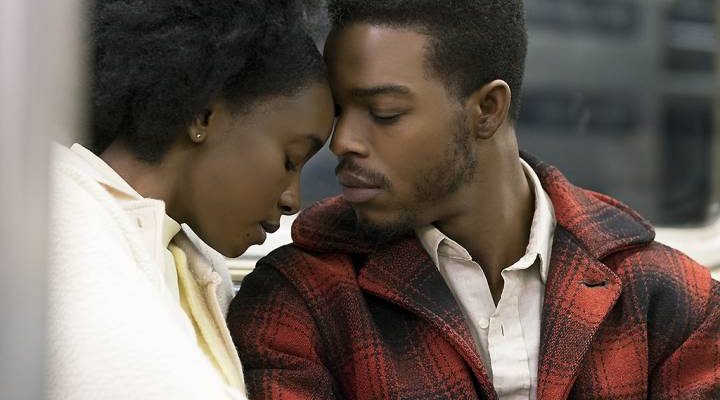 From beginning to end, If Beale Street Could Talk is like a love song — slow, emotional, meandering — accompanied by vibrant, saturated imagery.

In Barry Jenkins’ follow-up to his best-picture winner Moonlight, we see more of the same: a visceral, haunting story, on the surface a lovely painting of two young people falling in love, but underneath a darkness, a pervasive shadow threatening to swallow everything up.

A running thematic thread in Jenkins’ movies, the protagonists (Tish and Fonny) are fighting against long-established societal structures in order to experience love on their own terms.

Is that what happens in ‘Beale Street’?

On one hand, the movie is simplistic in that not a lot happens. It’s an A-B-C plotline without any sharp twists or turns. As with Moonlight, it’s a slow burn, but in Jenkins’ deft hands, it has more layers and things to dissect than your average love story.

Taking place in the ’70s, it follows Tish (Kiki Layne) as she tries to get her fiancé Fonny (Stephan James) out of prison before she delivers their baby. Intermingled with this tale is the growing love between the pair, and how they came to be together.

I’ve heard the acting is superb.

It is. Canadian actor James, whom we’ve seen before in Race and Selma, is particularly impressive here. Layne steals the show, however, with her huge expressive eyes and ability to communicate without saying one word. As a pair, their chemistry is so strong, it escapes definition.

The supporting cast includes an unstoppable Regina King as Tish’s mother and Colman Domingo as the charming stalwart father.

Are there any missing pieces?

Without spoiling, the movie feels unfinished, but it could be that we’re left wanting more. As we slowly march towards what seems like the climax, the credits start to roll and the movie’s final plot points are explained in a voiceover.

There were many potential roads for the movie to take, but maybe the untied loose ends are the point; for African-Americans, especially in the U.S. of the 1970s, there wasn’t a lot of choice. The abrupt ending may be representative of that — there isn’t anywhere for our protagonists to go, nor is there anything more they can do.

So what’s the bottom line?

A heavy, emotional movie with beautiful cinematography, If Beale Street Could Talk is a slow-paced love story. It won’t be for everyone, but if you appreciate visceral art with a message, then this is definitely worth checking out.

‘If Beale Street Could Talk’ opens in theatres across Canada on Christmas Day.