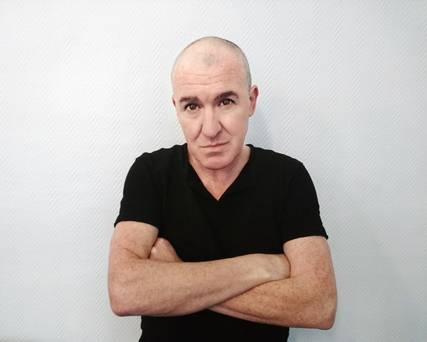 Pat Kinevane is slightly hoarse and it’s no wonder.

On the phone from Kilkenny, he’s in the middle of touring with his new play, Before, and as with his previous three plays, he’s the only one on the stage. Since 2006, Kinevane has developed a reputation for delivering mesmeric, totally distinctive solo performances that tap into the darker sides of Irish society. His show Forgotten was about the treatment of older people in care homes, Silent about mental health and homelessness, and Underneath about the damage done by fixed ideas of beauty. Silent won an Olivier Award, and the three shows became an “accidental” trilogy and Kinevane has taken them all around the world.

Now, with Before, the trilogy seems destined to become a quartet. The new work is set in Clerys on the day the Dublin department store is due to close for good. Kinevane’s character, Pontius, is inside, trying to pick out a present for the daughter he hasn’t seen for almost two decades.

“It was Christmas three years ago and the idea just came to me,” Kinevane says. “When you relax, sometimes things hit you and I started to scribble stuff down.”

Initially the idea presented itself “musically,” and music is an integral part of the production which features a soundtrack recorded by the RTÉ Concert Orchestra, but the play’s main concern is exploring how Pontius deals with the alienation from his child and vice versa.

“One thing I learned from listening to people, even though they’re blameless they blame themselves and that turns into self-loathing and that’s a very dangerous slipstream to get into,” Kinevane says.

Throughout Before’s evolution, he researched his theme, talking to people in a similar position to his character – mostly men because he found that it was mostly men who were kept away from their children. He acknowledges that there can be valid reasons for this, but also that it can be because of malice on the part of an ex-partner.

“I know a lot of men in particular that are great men and they’ve been robbed of it [parenting] out of a breakdown of a relationship and… I’ve said enough already. Fathers are important as well.”

His relationship with his own son is the antithesis of Pontius’s. “My boy is 18 now and I couldn’t bear to think about being alienated from him. I just couldn’t. I’m very lucky that he’s there and I’ve had him fully, but to be pushed away from your child, for a woman and a man, must be hell.”

Originally from Cobh, Co Cork, Kinevane has been based in Dublin for the last 30 years and is married to the actress Fionnuala Murphy. His home is his centre, he says; when he gets back from a tour, he switches off completely and forgets about theatre. Talking to him, it’s almost easy to forget that he’s a master of his craft. In conversation, he displays the same emotional authenticity that characterises his work. He’s also gracious and extremely positive, using the words grateful, thankful and blessed a lot.

When he started working alone, he promised himself that he wouldn’t complain about anything. “I feel very lucky to be still working in the industry. It’s a very tough industry and I’m still there and I’m hanging on.”

“Hanging on” is a massive understatement but he’s always careful to keep his feet “very firmly on the ground and just work,” he says.

“That ethic goes right back. It’s about telling the stories and working. It’s not about the artsy fartsy part of it. That kind of wrecks my head.”

Even with several plays and awards under his belt, he still doesn’t take himself seriously as a writer – he thinks this might be do to with the fact that he never went to college.

“I love Irish writers. I love Frank McGuinness. I love Brian Friel. I love Tom Murphy. I love Marina Carr. I look at them as writers, whereas I kind of feel myself as someone who’s performing his ideas.”

All of his solo shows have been produced by Fishamble: the New Play Company and directed by Jim Culleton. The collaboration with Culleton has been central in creating his immersive, hard-hitting blends of storytelling and movement that take the audience to unexpected places; Forgotten drew on Japanese Kabuki theatre, Underneath on motifs from ancient Egypt.

“Even though I’m middle aged – I’m 52 now – I still feel sometimes like about 15, and I feel sadnesses and I feel injustices around me and my quiet mission is to keep talking about it, and to keep reminding myself, and after that, reminding the audiences that there’s things happening around us that we have to look at rather than be apathetic about, because apathy, to me, is really dangerous.”

The desire to make work that taps into what’s happening “on the ground” has informed all of his shows but none more presciently than Silent, which, because of the housing crisis, seems more current now than when it was first performed in 2011.

“It breaks my heart,” he says. “I feel so grateful that I have a centre and I’m not a material person, I never was – I’m useless with material things, but I thought; I really, really thought, that Silent would not be relevant at all within four years. And I think it’s a huge reflection on a race that is indigenously kind that something like property can be so divisive and land can be so divisive. I’m really baffled by it all. And I’m not talking politically; I’m talking about from a sociological point of view. What really scares me is that Tino [his character in Silent] was out there with other unfortunate, dispossessed people, but now it’s become the norm to say that 10,000 (the number of homeless in Ireland) is manageable. That scares the life out of me, that it’s become the norm, and that 3,000, going on 4,000, (homeless) children is the norm. I never saw that coming.”

His plays are obviously born out of a hardwired sense of social justice and an affinity with the dispossessed but despite the gravity of their themes, they’re full of comedy.

As well as being about the tragedy of Pontius’s lost relationship with his child, Before is also “great fun,” a “celebration of reuniting”, he says. He thinks people need to laugh when they go to the theatre – partly to compensate for the effort it takes to find a babysitter or a car parking space. “God help us, there’s enough shite to be dealing with.”

And he describes himself as a very happy person.

“I love a good old laugh. I love seeing people throw their head back, showing their vulnerability, showing their neck. I love that because it makes me feel it’s okay to be vulnerable. I come from a very, very funny family.”

He doesn’t rule out going back to traditional theatre at some point in the future – “there’s so many brilliant people out there that I want to work with again” – but neither does he think too far ahead. Even before mindfulness became fashionable, he was always in the moment. “I’m very aware that I could get a smack off a bus.”

For now, it’s vital to him to be able to express himself creatively through his solo shows – and to stay grounded. “My only philosophy,” he says, “is to be full of gratitude, to be working and to be healthy.”

‘Before’ by Pat Kinevane and directed by Jim Culleton is currently on tour. For information about dates and venues, go to fishamble.com/before.html