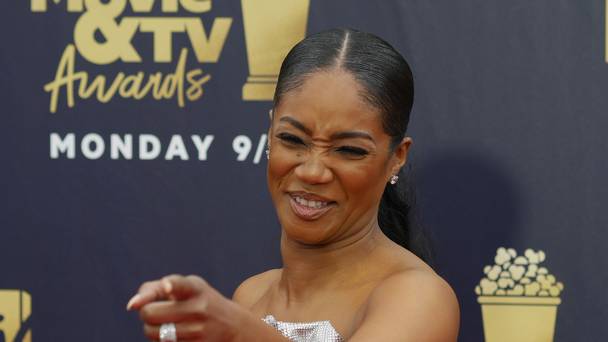 Comedian Tiffany Haddish has spoken of her regret after fans walked out of one of her shows amid complaints about her performance.

The US comic and actress, known for starring in the 2017 film Girls Trip, was performing in Miami, Florida on Monday when she forgot some of her jokes.

As disappointed fans stood up to leave, Haddish, 39, said, “This is going to be on TMZ or whatever,” a reference to a US showbiz website.

The website later reported Haddish, who earlier admitted to being out the night before, drank from a bottle on stage before inviting audience members up to tell jokes.

She reportedly said: “I really wanted to talk about some stuff and can’t remember none of it.”

Haddish, who starred alongside Kevin Hart in Night School, addressed the incident on Twitter.

Along with a link to an article about her troubled concert, Haddish wrote: “Yes this happened. I wish it was better Miami. I prayed on it and I have a strong feeling this will never happened again.”

She was sent messages of support from fellow comics Sarah Silverman and Damon Wayans Jr, while TV presenter and model Chrissy Teigen also tweeted her support.