In an effort to shed more light on how we work, The Times is running a series of posts explaining some of our journalistic practices. Read more from this series here.

The biggest investigations at The New York Times frequently land as a surprise, even for those working in the newsroom.

And that is by design: The investigations team intentionally keeps its work quiet — which means that when it publishes something, it often generates as much buzz as a new “Game of Thrones” trailer.

Investigations offer valuable revelations. They connect the dots that those in power generally do not want to be connected and, in the process, they hold those in power to account.

Dean Baquet, the executive editor of The Times, recently committed to expanding the newspaper’s investigative muscle, and reporters with these skills work throughout the paper. But there is also a department devoted explicitly to investigations. This team takes on both in-depth projects and quicker investigations in response to breaking news.

Rebecca Corbett, an assistant managing editor, and Dean Murphy, an associate masthead editor, lead the investigations team in New York. Ms. Corbett edited the Pulitzer Prize-winning articles that exposed decades of sexual misconduct by Harvey Weinstein and helped to inspire the #MeToo movement. Mr. Murphy previously oversaw a team that examined regulatory rollbacks, including those at the Environmental Protection Agency, and was an editor on our Pulitzer-prize winning coverage of both Apple's manufacturing practices and corruption at high levels of the Chinese government.

How do editors decide where to focus investigative efforts? What specific skills do Times investigative reporters have? How much is it like the movies? Below, a lightly edited and condensed conversation with Ms. Corbett and Mr. Murphy.

How does The Times define investigative journalism?

REBECCA CORBETT: Broadly, an investigative story is discovering things that are not known and that have real impact and are questionable in some way — legally, ethically — in terms of whether people are violating the public trust.

DEAN MURPHY: Ideally, you want to have things that perhaps indicate fraudulent behavior or unethical behavior, but it doesn’t always have to be that. You could just be pointing out things that someone doesn’t want you to know and it is in the public interest to know.

How do these stories fit into the offerings of the daily newspaper? What do the investigations add to the daily coverage?

MURPHY: Sometimes the daily stories are the things that help generate the lead that you want to figure out, and the investigative target. Sometimes they are totally unrelated. Reporters have tips; we have a tip line where we get ideas from. Reporters also have their beats from previous lives.

CORBETT: I’ll amplify that by saying investigations should be short term, midterm and long term. Not everything should be an 18-month project. And investigative reporters here write daily stories. A lot depends on what the opportunities are, and what they can bring to it.

MURPHY: Just in the past year, the resignation of Scott Pruitt as the head of the E.P.A. is another example where you had cross-departmental roles — where Washington was involved in that; the Climate desk; the regulatory team I was running. And they were all doing different pieces of it. In the end, they played a major role in Scott Pruitt stepping down, in part because of the multipronged revelations. It was the daily heat of the newspaper as an institution peppering his transgressions.

CORBETT: I think as a newspaper the investigative people are jumping in more on stories that are breaking, and trying to advance stories, as opposed to working in this very solo way on a project that they are pursuing independently. We are still doing plenty of those, but I think we really are trying also to have more quick-twitch muscles.

What can investigative reporters bring to a project? What skills and tools do they have that they can jump in and add?

CORBETT: Most of them are really good at documents: what to pursue, how to interpret them and how to build a case through them. Some people are extraordinarily good at being extraordinarily tenacious. Many reporters are capable of doing that, but we hope that those on our investigative team are particularly skilled at that.

MURPHY: They are so persistent. That trait, you can’t really train someone to have that. It is almost innate. I find that really impressive. And it can’t be that alone. It has to be that combined with the skill set to know what you’re looking for and to figure out people who can help you get that.

How has the confidential reader tip line worked in this process? Has it been helpful?

CORBETT: Incredibly helpful. We get tips every single day. We have a whole process in how we collect them and the means by which people can communicate with us both very openly and in an anonymous way. Among the three of us — the two editors and the researcher who is responsible for reading them every day — at a certain point we sit down and I’ll say, “Remind me of the ones that we need to deal with.” Some of them have led to immediate stories. We get things related to the Trump administration all the time. We get tips every day related to harassment. But we get them on a very, very broad range of things.

MURPHY: The tip line ends up being something that feeds the whole newsroom. 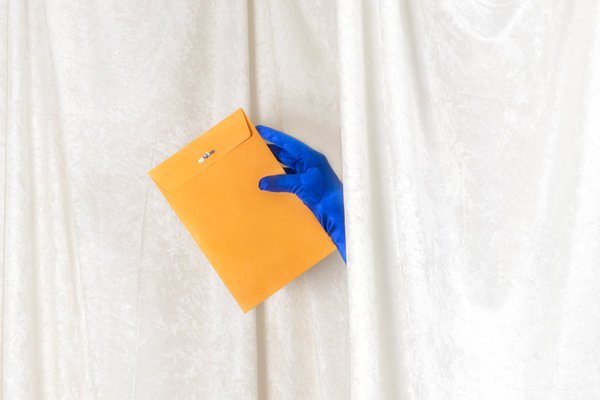 How do you decide which investigative projects to pursue?

CORBETT: That is the part that keeps you lying awake at night. In a perfect world, you’d look at something that has the potential to be a really powerful story with big impact that affects people, has policy implications or real-world effects. But a lot of times you can’t quite tell that at the beginning.

MURPHY: I always ask a reporter, when they come up with an idea, to take it immediately to the end. What is going to be the takeaway if it goes exactly as you think it can go and you find everything you are hoping to find? What is the premium outcome? If the premium outcome is like, “Oh my gosh, I’m falling off my chair,” then you start calculating the likelihood you are going to get there, what kind of resources you are going to need and do we have the necessary people? There is a lot of intellectual gamesmanship, but that is part of the fun — figuring out what targets are worth going after and being willing to fail.

CORBETT: These reporters are valued commodities whom we want to use in the most optimal way, but there is a lot of not quite knowing. Particularly in the Trump presidency, there are so many things to pursue and you just can’t tell on a given day where anything will lead, so there is a lot of chasing down things that don’t materialize.

The standard to be able to conclude something definitively — like, say, “President Trump participated in dubious tax schemes” — is really high. As an editor, what do you need to feel confident publishing that?

CORBETT: Stories in my view have to be persuasive. Persuasive meaning you can make a case for whatever your thesis is. And your thesis has to be buttressed with all manner of things. It can be documents; it can be interviews; it can be the person’s own statements. Typically it is a combination of many things. There is no one handbook on what makes an investigative story.

How is this different from the way investigative journalism is portrayed in movies like “Spotlight”?

CORBETT: I think “Spotlight” is actually a pretty good rendering of investigative journalism, because it wasn’t glamorous. It was people going through all these documents and papers and trudging along.

MURPHY: The accurate part, too, is that it is a 24/7 commitment. I think that comes across in the movies. People are living and breathing it.

Where does the thrill come from that is captured in the movies?

CORBETT: Well, for most journalists, the thrilling part is the discovery.

MURPHY: I think the thrill is the same across the profession. I think a big part of it is the creation part. If you find A and B and are able to make C from it, you are basically creating a C that didn’t exist before. And it is hopefully in an area that makes a difference or has some sort of impact or is relevant to people’s lives.

CORBETT: In a lot of journalism it is clear what the big, important things are. But with investigative journalism, you have perhaps a greater opportunity for novelty, for finding new information, for telling a new story, because it takes such a commitment and you are going so deep into something that typically not every other news organization is doing that same thing. There is something very thrilling about understanding: “Ah, this is how this works, and this is what the consequences of this are.” And we get to show that.

To share a tip with The Times, visit nytimes.com/tips.

Katie Van Syckle is a senior staff editor at The Times. @KatieVanSyckle