At War is a newsletter about the experiences and costs of war. Sign up here to get it delivered to your inbox every Friday.

On Feb. 8, thousands of mourners filled the United States Naval Academy’s chapel in Annapolis, Md., to pay their respects to Chief Petty Officer Shannon Kent, 35, who was killed by a suicide bomber at a restaurant in Manbij, Syria, last month, along with three other Americans. Kent was stationed at Fort Meade, Md., where she was assigned to Cryptologic Warfare Activity 66, a Navy unit that supports the National Security Agency and military special operations forces. She was supporting the latter at the time of her death.

During the ceremony, a bugler played taps. The Navy hymn “Eternal Father” rang from the pipe organ. But the memorial service departed from most of those that the Academy chapel has hosted in the past — in more ways than one.

Kent, who was killed on her fifth combat deployment, was honored by her fellow chief petty officers with what one of her friends and a fellow enlisted service member called a “sea of khaki” — per a request from Kent’s family, hundreds of sailors wore their tan-colored, short-sleeve service uniform, instead of the much more formal white or navy blue dress uniforms typically worn at a memorial service for a fallen sailor. In the Navy, the khaki uniforms signify an enlisted sailor’s rank as a chief (an E-7 or higher) and their transition to that of a leader and subject-matter expert in their field. Commissioned officers in attendance wore their khakis, too. Lt. Jeff Spindle, the chaplain conducting the service, wore his, as did Adm. John Richardson, the Navy’s chief of naval operations.

Other than Kent’s former commanding officer, all of the speakers at her service were enlisted women and men. And, in the direct and forthright manner expected of Navy chiefs, they did not shy away from speaking their mind. “When Shannon applied for a psychology program, and it was announced that she had been accepted we were all so happy for her,” one of her eulogizers said. “And then all so angry when the Navy wouldn’t let her commission because she had cancer.” 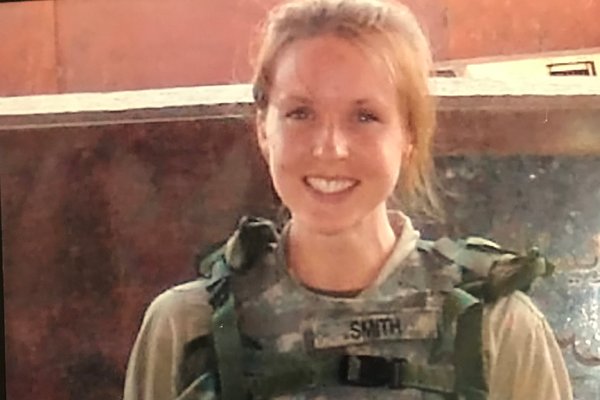 Kent, who earned bachelor’s and master’s degrees while on active duty, had survived an earlier battle with thyroid cancer and was denied an officer’s commission last year because of her cancer history — even though she was cancer-free at the time. She was well enough to deploy with special operations in Syria, speakers noted as they looked directly at Richardson. Instead of a commission, Richardson delivered a posthumous promotion to senior chief petty officer. Kent’s widower, Joe, was also presented with a Bronze Star for Shannon’s work with the special operations task force in Syria, the Purple Heart, a Meritorious Service Medal from the Navy and a Defense Meritorious Service Medal from the National Security Agency.

The Navy cryptologists who spoke all emphasized the dangerous work their counterparts are doing in overseas wars and said that Kent’s death follows those of others in the line of duty. Senior Chief David McLendon, 30, known as Blake, was killed Sept. 21, 2010, in a helicopter crash while supporting a Navy SEAL team in Afghanistan. Chief Petty Officer Christian Pike, 31, died on March 13, 2013, from wounds suffered in combat in Afghanistan as a member of a SEAL support unit. Petty Officer 1st Class Steven Daugherty, 28, was assigned to a SEAL unit and died July 6, 2007, after his vehicle was hit by a roadside bomb in Iraq. And Petty Officer 1st Class Michael Strange, 25, died on Aug. 6, 2011, alongside his SEAL Team Six teammates when their helicopter was shot down in Afghanistan.

As the pipe organ recessional turned to “God Bless America,” the mourners filed down the center aisle and out of the chapel. Just across the street, a large American flag hung between the ladders of two fire engines from Fort Meade. A few midshipmen from the academy paused to pay their respects on their walk between classes. Before they left the chapel, all of the chiefs in attendance were asked to remove one of the gold anchors pinned to their collars — their rank insignia — and deposit it in a tall glass vase held by one of their sisters-in-arms who stood facing them as they walked past. As the last of the chiefs filed out, the vase, a gift for Kent’s family, was nearly full.

The Latest Stories From At War 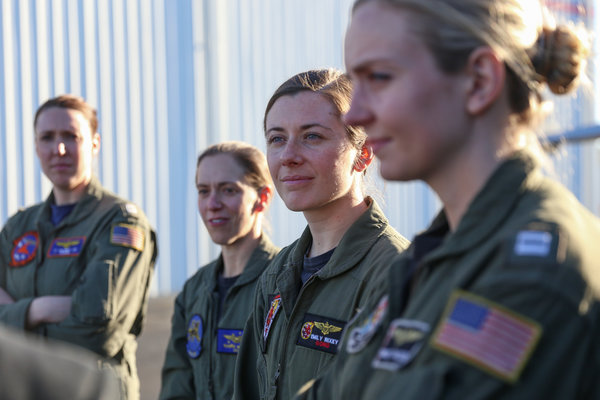 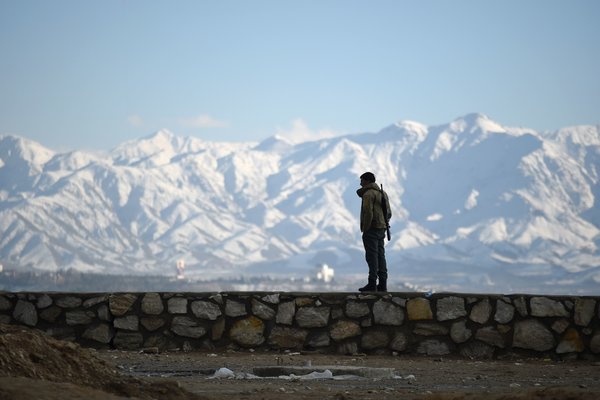 A Shotgun Under Her Bed, This Afghan Maverick Wants No Peace With Taliban: Laila Haidari’s popular Kabul restaurant, where men and women dine freely together, finances her drug treatment center. Now she has a new cause: fighting a peace deal with the Taliban.

In Mattis’s Shadow, Acting Pentagon Chief Tries to Reassure NATO Allies: Patrick Shanahan, the acting defense secretary, is not seen as a counterweight to President Trump’s distrust of alliances.

Covering the Lives of Veterans, Revered but Often Forgotten: I took the veterans affairs beat at the end of last year and quickly found that veterans — and those who care for them — are eager to share experiences and to engage.

Congress Poised to Help Veterans Exposed to ‘Burn Pits’ Over Decades of War: One of the least understood ailments endured by the newest generation of veterans is related to exposure to toxic substances in Iraq and Afghanistan, especially from open-air trash fires.

Walter B. Jones, 76, Dies; Republican Turned Against Iraq War: A staunch war supporter, he rebranded “french fries” as “freedom fries,” but then opposed the war and sought to atone for his earlier support.

Trump’s Syria Withdrawal Order Forces Allies to Weigh Return of ISIS Detainees: The American military departure may have a silver lining: a long-awaited resolution for thousands of Islamic State detainees who have been held indefinitely in Syrian camps.

We’d love your feedback on this newsletter. Please email thoughts and suggestions to [email protected]. Or invite someone to subscribe through this link.

John Ismay is a staff writer who covers armed conflict for The New York Times Magazine. He is based in Washington.