When Rodgers and Hammerstein’s “Oklahoma!” debuted on Broadway in April 1943, everything was going its way — except that it opened smack-dab in the middle of a calamitous recording strike. Eight months earlier, the American Federation of Musicians had enjoined its members from entering any recording studio, and the music industry was scrambling with halfhearted solutions: back catalog releases, previously shelved recordings, a cappella renditions — dreadful stuff.

To capture the “Oklahoma!” fever, both Bing Crosby and Frank Sinatra cut 78 r.p.m. recordings of “People Will Say We’re in Love” on the A-side and “Oh, What a Beautiful Mornin’!” on the B-side. Each recording was a hit on the charts, but the renditions were lugubriously weighed down by a cappella backup; they sounded nothing like the highly-praised music that lucky theatergoers were enjoying eight times a week on Broadway. From a record producer’s perspective, a potential gold mine was withering away down at the St. James Theater.

That’s when Jack Kapp, the farsighted president of Decca Records, threw in the towel and settled with the musicians’ union. In doing so, he helped create a product that revolutionized the recording industry: the original cast album, which from the 1943 Broadway version up through the current revival’s brand-new recording, has been one of the most durable categories in American music.

In late October, only three weeks after Decca ratified the A.F.M. deal, Kapp hastily booked the cast of “Oklahoma!” into the recording studio. This practical imperative proved to be a major game-changer. Typically, show music was cut down and rearranged for a popular dance band. But Kapp had no time for such niceties, and the musical’s full Broadway orchestra was brought in to accompany the performers. There had been a few, somewhat limited, cast recordings before, but Decca’s improvised innovation came closest to capturing the full experience of attending a Broadway musical.

The final product — rushed with such expediency to the factory that nearly all of Decca’s technicians and marketers were reassigned from other projects to this one — was a hefty package of six shellac 78 records. With advance sales nearing 60,000 copies, the original cast album hit stores on December 1 — nine months after the show itself opened.

The album set was an immediate success, so much so that it climbed on the singles chart, where, as a five-dollar purchase, it competed mightily against single records that cost one-tenth the price. For consumers of popular recordings, it was the mostly eagerly anticipated Christmas present of 1943, selling an astonishing 125,000 units that month.

But, as popular as the “Oklahoma!” album set was, it wasn’t really “Oklahoma!”

The technology of the time only allowed for 12 songs (including an overture), each one trimmed down below the four-minute mark. More to the point, the three songs eliminated from the recording (and the essential “Out of My Dreams” ballet music that originally appeared at the end of Act One) are those that give a darker texture.

This is especially true of “Lonely Room,” Jud Fry’s aria of alienation and revenge, which is the show’s most serious — and, in the right hands, most touching — moment. Devoid of these numbers, listeners of the original album set might mistake “Oklahoma!” for a purely upbeat, optimistic story of romantic couples and their feudin’, fightin’ and makin’ up in the end.

To be fair, Decca made its decision based on commercial and technical issues rather than censorious ones; an album set of eight shellac disks would have been suitable only for stevedores.

So, it’s all the more remarkable that in May of 1944, Kapp brought the current cast back to the recording studio for an unprecedented two-disk addendum to the “Oklahoma!” score — “now no longer a ‘Broadway production’ but the spiritual property of Americans everywhere,” as the back cover read.

Volume Two featured the songs left off the original set: “The Farmer and the Cowman,” “It’s a Scandal!” and “Lonely Room,” which was performed not by Howard Da Silva (who originated the part of Jud), but by Alfred Drake, who was still performing the leading role of Curly. Da Silva had returned to his Hollywood contract after a year on Broadway.

Finally — a full “Oklahoma!,” right? Perversely, neither Decca nor its successor label, MCA, would combine the selections of Volume One and Volume Two together until the CD age in 1990. (That obvious task was accomplished first on LP by the Time-Life Records subscription club in 1981.)

Over time, the score to “Oklahoma!” became ubiquitous on LP. Columbia obliged with a studio recording featuring Nelson Eddy in 1953; the 1955 movie soundtrack on Capitol spent 400 weeks on the album charts (and was No. 1 for a month). Nelson Riddle arranged and conducted a terrific cover version for Capitol subsequent to the film.

And when stereo came along in the early 1960s, Columbia obliged with a new studio version with John Raitt and Florence Henderson. Yet none of them contained the complex range of Rodgers and Hammerstein’s full score.

An RCA recording of the 1979 Broadway revival was the most capacious version of the score to date — though still lacking the dance music — but it was released on the cusp of the CD era; four years later, one might have gotten more “Oklahoma!” for one’s buck.

It’s rather astonishing to consider that the first American “Oklahoma!” to be recorded digitally is the current 2019 revival. The new recording — scored for seven instruments, with a decidedly bluegrass flavor — finds a happy home back at Decca Broadway, a bookend to its commercial history, and will, like its predecessors, reflect the values of its production and its times.

“This recording captures a more immediate sense of being in the room with the performers, much like the production,” said Brian Drutman, a producer for Decca Broadway.

Every generation seems to get the recorded “Oklahoma!” it can embrace. Wrestling with such a mighty work for home listening has been an ongoing challenge, not so much because our tastes and technology evolve, perhaps, but because the ambitions of Rodgers and Hammerstein’s score reach so high, as high as — well, you know how that goes: It’s on the record. 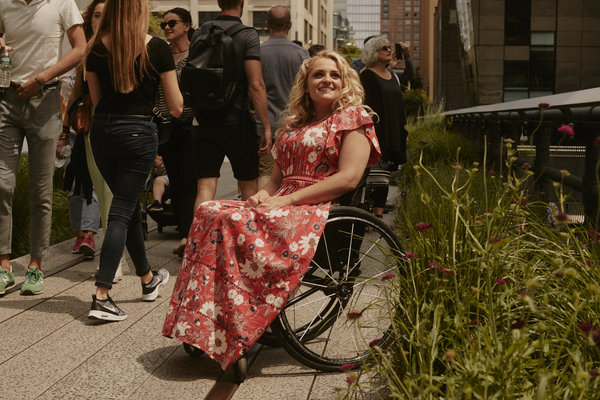