No matter how much free time you have this weekend, we have TV recommendations for you. Come back every Friday for new suggestions on what to watch.

‘Dogs’
When to watch: Starting Friday, on Netflix.

“They should just make a show about dogs being dogs, and like, doing dog things,” said everyone. Netflix finally heeded the call, and now “Dogs” is indeed that show. This documentary series is six stand-alone episodes, set in different countries and profiling very different people and their pooch companions, including service dogs and working dogs (like Ice, who helps out on a fishing boat in Italy and also sits at the dining room table). I cried at every episode, once from sadness but more often from wistfulness and poignance. If you’re trying to convince any members of your household to agree to dog ownership, make them watch this. 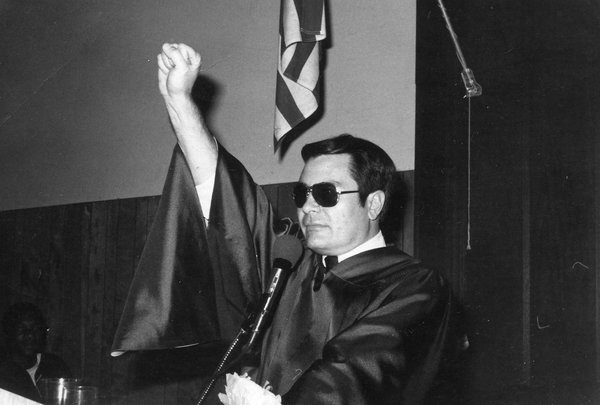 ‘Jonestown: Terror in the Jungle’
When to watch: Saturday and Sunday at 9 p.m., on SundanceTV.

“I would follow Jim Jones anywhere, and I did,” says one former member of Jim Jones’s Peoples Temple in this engrossing, disturbing documentary. Jones led one of the most infamous, deadly cults in modern history, and this fast-paced mini-series covers his origins, rise and eventual death in a mass suicide, using footage of actual events and interviews with some of Jones’s children and other Jonestown survivors. Parts 1 and 2 air on Saturday, 3 and 4 on Sunday. I’ll warn you that Part 4 is particularly difficult to watch.

… Many Hours, and I Need Something Silly

‘Mystery Science Theater 3000’
When to watch: Sunday at noon, on Shout! Factory.

This year’s traditional Turkey Day Marathon of beloved “Mystery Science Theater 3000” episodes is airing a weekend early — new episodes arrive on Netflix on Thanksgiving. This six-episode marathon features existing episodes (not all of which are currently available on Netflix) and new intros with the hosts, Jonah Ray and Joel Hodgson. You can live-stream these episodes free on shoutfactorytv.com, on Shout! Factory’s Twitch channel and on the show’s YouTube and PlutoTV channels.