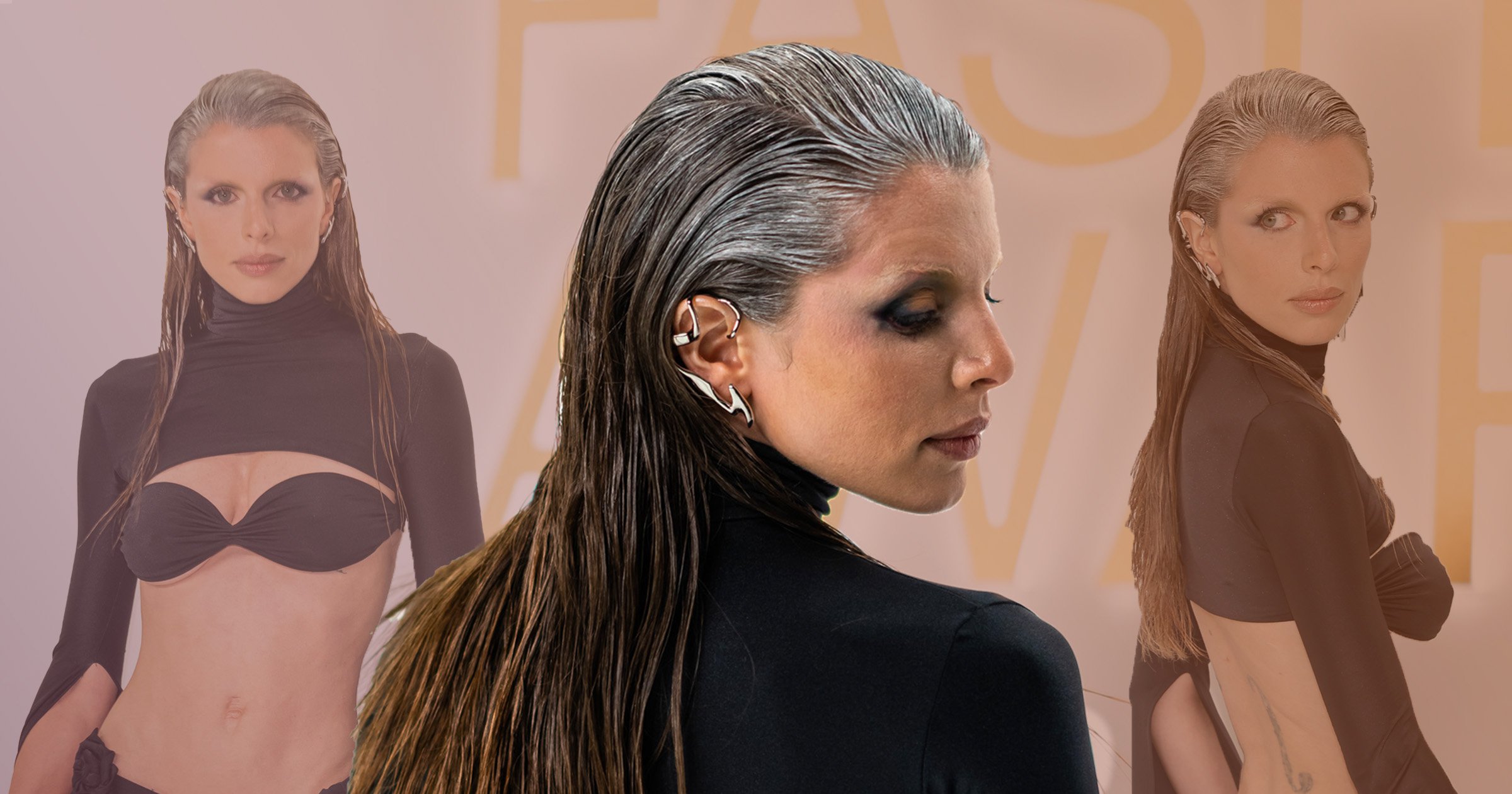 Julia Fox has done it again.

The actress and certified muse herself took to the red carpet at the CFDA Fashion Awards overnight in an outfit we are bending ourselves inside out just trying to figure out.

The Uncut Gems star wore an intriguing number, which involved a turtleneck (because it is autumn and she’s not a monster) long sleeves attached to a longer skirt, a full torso cut-out, a bandeau bra and pair of black pants to really Foxify the shindig.

When she turned for cameras, her back tattoos were on display as well as, like, her whole butt.

While we shouldn’t be surprised the star of ‘I turned my jeans into a handbag’ and ‘this dress is strangling me’ fame is rocking such an outfit in public, we’re utterly baffled at how the woman got into the threads, though.

Did she have to climb into the big hole in the middle, then feed her arms through? How does she eat or hold a young puppy? What happens when nature calls and she has to haul to the ladies? Does she enter/exit from the torso hole, or pull the whole thing over her head?

We thought jumpsuits were logistical nightmares…

Then she had some wet-look grey hair action going on, it really was a whole vibe, as per, when it comes to Ms Fox.

There was a meaning behind the ‘do, though, as she said on the carpet, according to Vogue: ‘This is a love letter to getting older.

It was a star-studded affair and Julia was joined at the glitzy event by the Kardashians (yep, almost the whole family with Kim, Khloe, Kris and Kendall and Kylie Jenner turning out in familial force), Vanessa Hudgens, Cher, Katie Holmes, and Gigi Hadid.

Also stealing the show were the likes of Keke Palmer, who looked stunning in a floral gown with matching knee-high boots, while Janelle Monae donned a bold look complete with a bag in the shape of a dog.

Away from the carpet, it was a night of gongs and Lenny Kravitz was honoured with the fashion icon award, with the star saying in his acceptance speech: ‘What I’ve learned along the way is being yourself is the most important thing you can do.

‘And that you’re going to make mistakes. I certainly have had my fair share of fashion fails, but that’s part of evolving.’

She went on to say: ‘We’re so proud of Skims’ ability to not only innovate with our products but also with our mission of inclusivity. We have put a strong emphasis since our launch on continuing to shape the industry to embrace size, equality, and diversity as a fixture not just a trend.’