In rehearsals for “A Chorus Line,” it can be difficult to tell where practice ends and the show begins.

Take a recent day in Midtown Manhattan, where the Broadway fixture Tony Yazbeck, in character as the director Zach, was giving the cast instructions on how to dance “One.” He interrupted people to correct their steps, but then another voice came booming from a table nearby: “Hold on, we’re going to give you a couple of fixes.”

It was the show’s real director, Bob Avian.

You eventually get used to such meta moments in the rehearsal room for “A Chorus Line,” the ultimate backstage musical, which returns this week at New York City Center as its annual gala production, with seven performances Wednesday through Sunday.

At the table with Mr. Avian was Baayork Lee, this production’s choreographer. But their titles downplay their relationship to “A Chorus Line”: They have been with the show since its conception, before it became the “Hamilton” of 1975 and, for a time, the longest-running musical on Broadway. 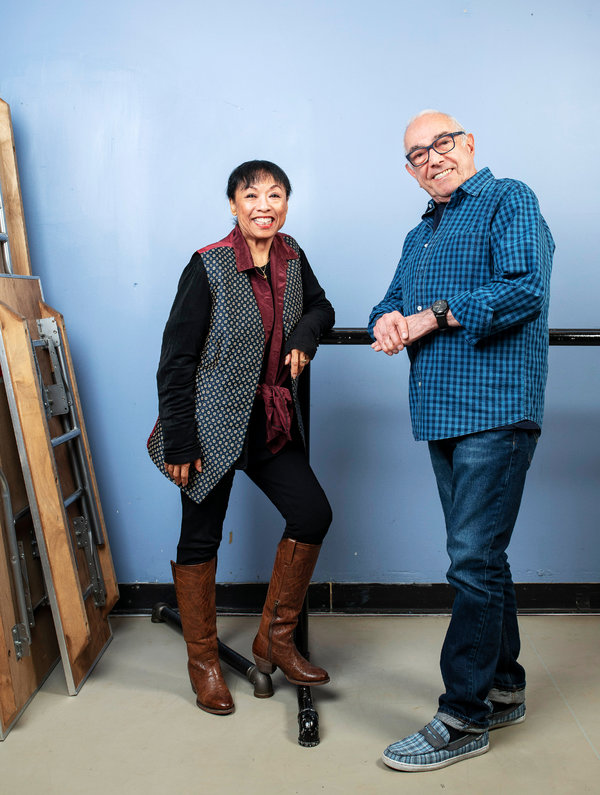 Since the show’s sensational premiere run Off Broadway at what is now the Public Theater — Diana Ross is said to have sat in the aisle because there wasn’t space anywhere else — Mr. Avian and Ms. Lee have been the keepers of this musical, originally conceived, directed and choreographed by Michael Bennett, who died of complications from AIDS in 1987. (The earworm-rich score is by Marvin Hamlisch, who died in 2012.)

Mr. Avian, credited as the musical’s co-choreographer, and Ms. Lee, the original Connie Wong, travel the world to stage virtually every major production of “A Chorus Line,” passing on the steps to new casts and identifying dancers who might be able to do the same in the future.

This commitment — staging the musical exactly as Bennett designed it — has its detractors. When the most recent Broadway revival opened in 2006, Ben Brantley of The New York Times wrote that “to have it return more or less exactly as it was makes it feel like a vintage car that has been taken out of the garage, polished up and sent on the road once again.”

In 2016, the Bennett estate took the rare step of allowing a new staging for the Stratford Festival in Canada. But re-creating the original has been de rigueur for decades, and Mr. Avian and Ms. Lee are most often called on to do it. They have worked together for 51 years — starting with another Bennett musical, “Henry, Sweet Henry,” in 1967 — and were early authorities on “A Chorus Line.”

After all, Mr. Avian helped shape the choreography, and, following the show’s first run-through, Ms. Lee recalled, Bennett told her, “Baayork, it’s all yours.”

In rehearsals for the City Center production, Mr. Avian rarely sugarcoated his criticisms, directly delivered in a gravelly voice. But he was gentle and congratulatory when a scene came together successfully. Ms. Lee, in sneakers and a bandanna, walked among the dancers to give corrections, sometimes even performing the steps herself.

For character work, they often tell stories from the musical’s early days, when it was being assembled from conversations Bennett recorded with dancers, some of whom would end up playing versions of themselves. Jolina Javier, who was cast as Connie at City Center, is learning about her role from the woman who both inspired the character and originally performed it.

“When I auditioned for the show, I was so nervous because I was like: Here’s the actual Connie Wong,” Ms. Javier said. “Getting to know her has definitely changed my perspective.”

Storytelling has also helped as Mr. Avian and Ms. Lee groom the next generation of “A Chorus Line” directors and choreographers. One of them, Matthew Couvillon, said their recollections make learning the show “so much more rich because it gives us something to latch on to.”

“If you don’t know the history, then it’s very difficult,” he said. “The style and the nuance of it will be missing. It will just be steps.”

This is Mr. Couvillon’s eighth production working with Ms. Lee. His first exposure to the show was as a cast member who learned half a dozen parts so he could cover them as needed. Then he was asked to be the dance captain, and eventually Ms. Lee’s associate. (She says she can spot a future choreographer when she sees “the glitter in their eye that they would love to see the other side of the table.”)

Neither Mr. Avian nor Ms. Lee plans to slow down from staging the musical any time soon, even as they are occupied with other projects, including Mr. Avian’s similar commitment to “Miss Saigon.” He said he likes to joke that he’s retired, but “A Chorus Line” keeps calling him back.

“My job is to protect it and take care of it,” he said. “Michael was my best friend, and because this is his masterpiece, I want to deliver a production that he’d be proud of.”